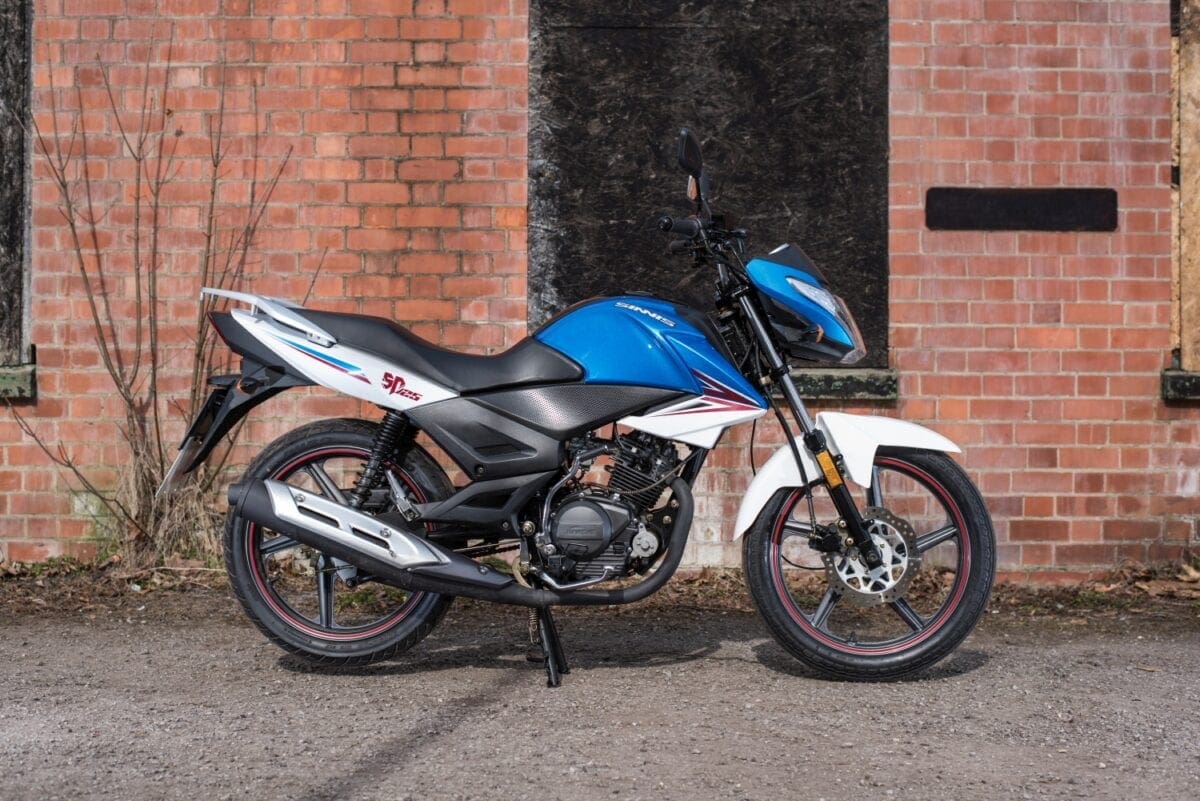 In the market for a 125cc commuter bike? Look no further than the SP125.

This retro-looking bike made something of a name for itself at its’ inception when Sinnis General Manager, Michael Garrod, used one for a European charity tour supporting ‘Riders for Health’. However, its’ intended main market isn’t for use as a touring bike, but as a commuter machine which gets you from A to B in a smooth and efficient manner.

If this machine has a familiar look and feel to it, that’s probably because it’s based on the popular Yamaha YBR with a four-stroke, single cylinder, air-cooled engine running through a five-speed gearbox. Maybe it was these familiar looks that drew me towards it in the first place with it’s a small and compact setup with upright handlebars and a comfortable seat that isn’t too high off the ground, which makes it a doddle to mount and dismount with ease. 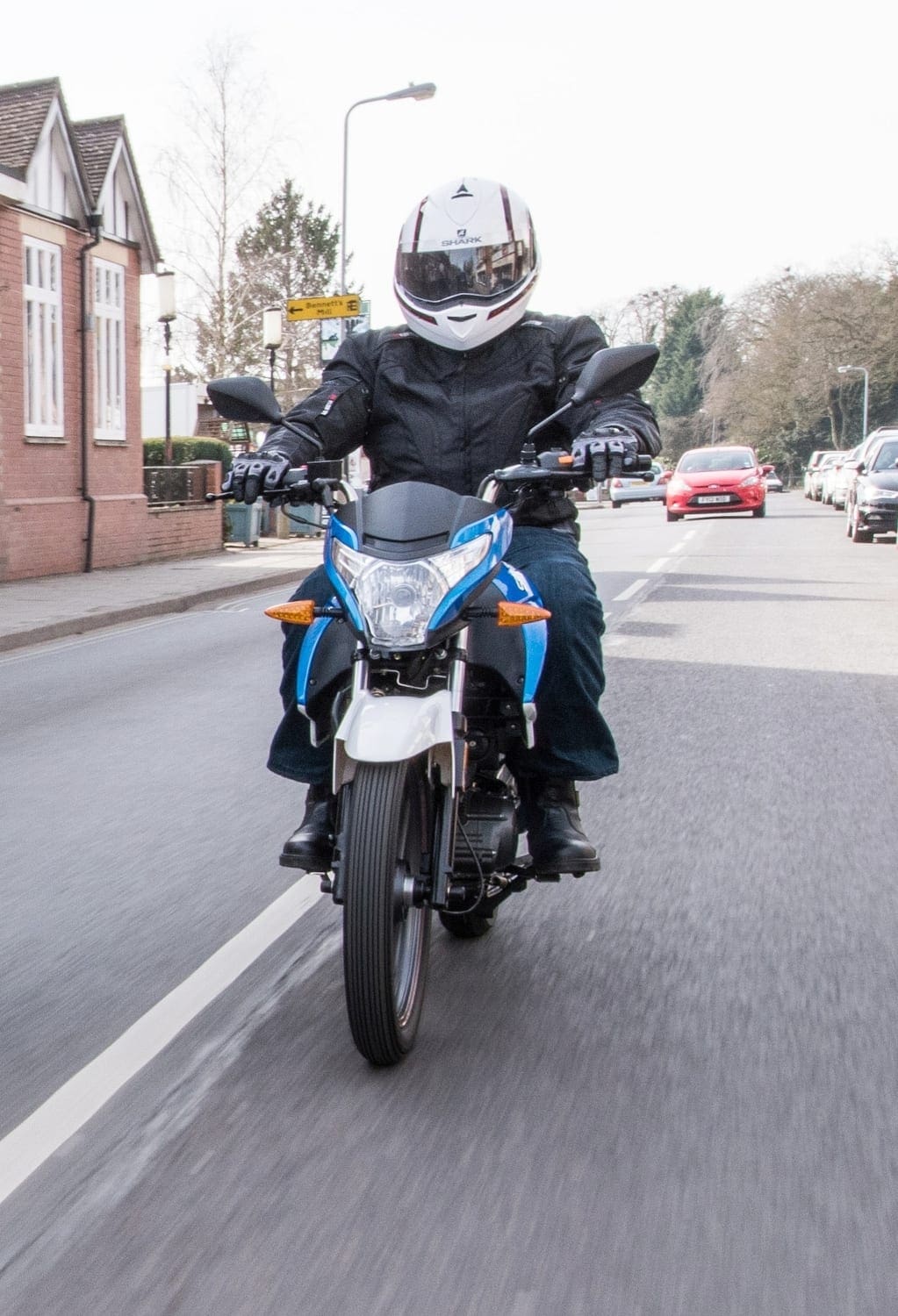 Both in town and out on the open road, the bike handled well; the suspension did feel a little soft and bouncy for my liking, but that said, it is adjustable to suit individual needs and I could have stiffened it up a bit if I’d needed to. But as the bike was only with us for a short while, I didn’t bother. I’m also not a great fan of heel and toe gear change, but the selection was smooth and efficient, giving no cause for complaints. Remaining on the subject of efficiency, both front disc and back drum brake both carried out their tasks with little cause for complaint. Ride information is provided by a mix of analogue and digital instrumentation, which among other things, shows your speed and what gear you’re in, alongside the engine revs, which are displayed on a large oversized dial. It’s mainly basic information, but just for commuting to and from work, that’s all you really need to know. 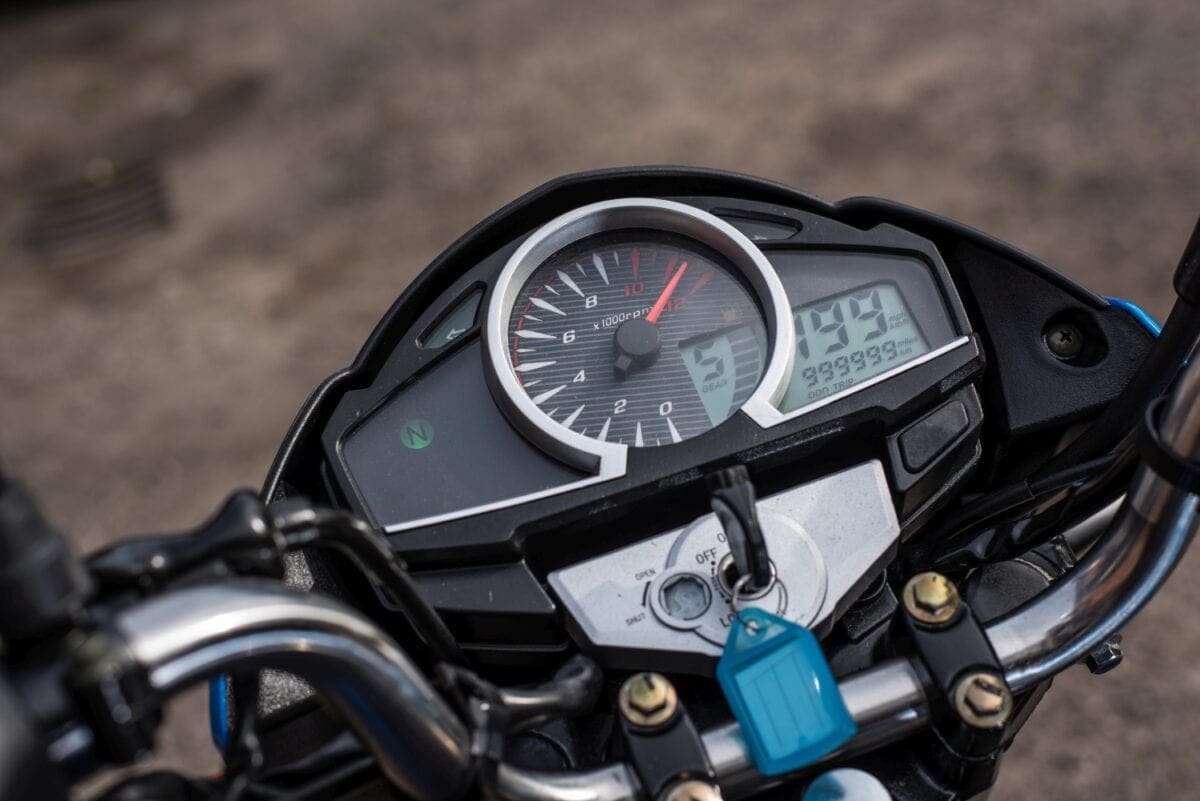 The Sinnis SP 125 easily meets all the requirements needed for it to carry out its task as a commuter work-horse; It does come with a small built-in luggage rack, but if more storage space is required, then maybe a topbox should be considered as an option. 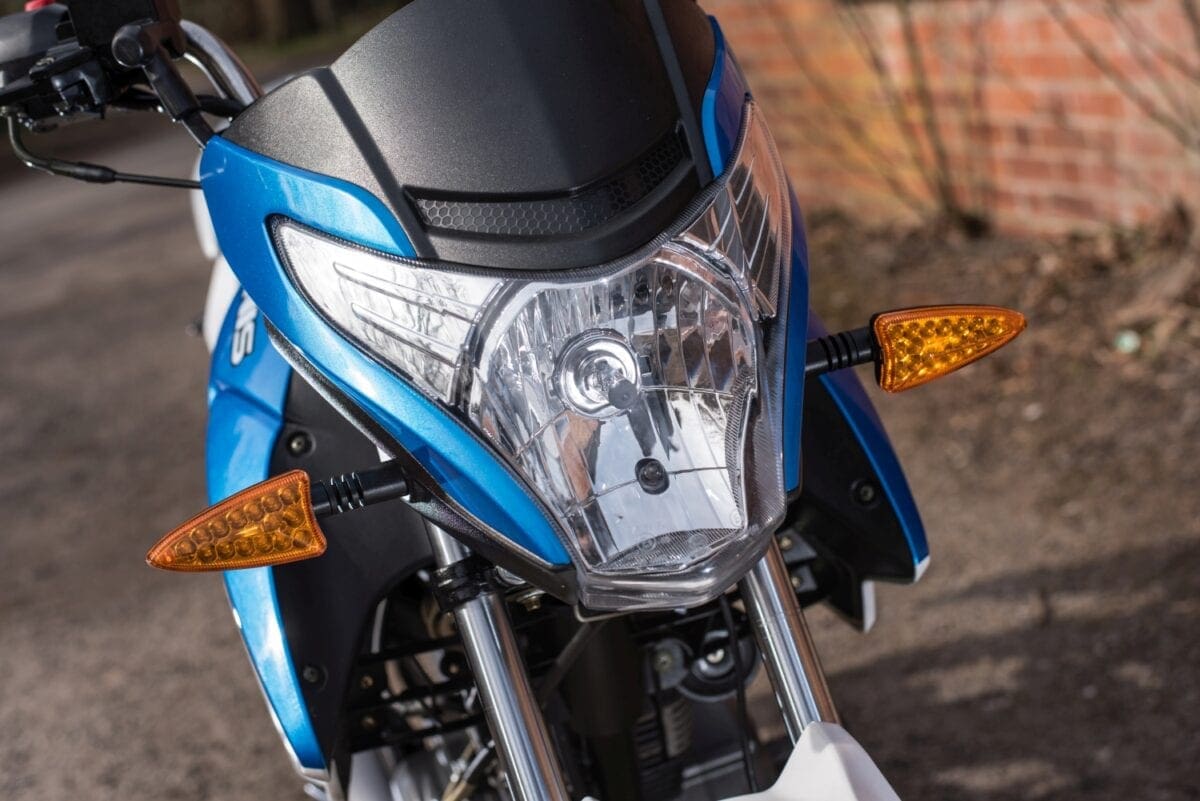 If you’re on a tight budget, then at a price of around £1200, the SP 125 isn’t a bad buy for what is basically a good, sound machine. It’s certainly one to put on your short list. It comes with a two-year manufacturer’s parts warranty as well, which should give you some peace of mind. 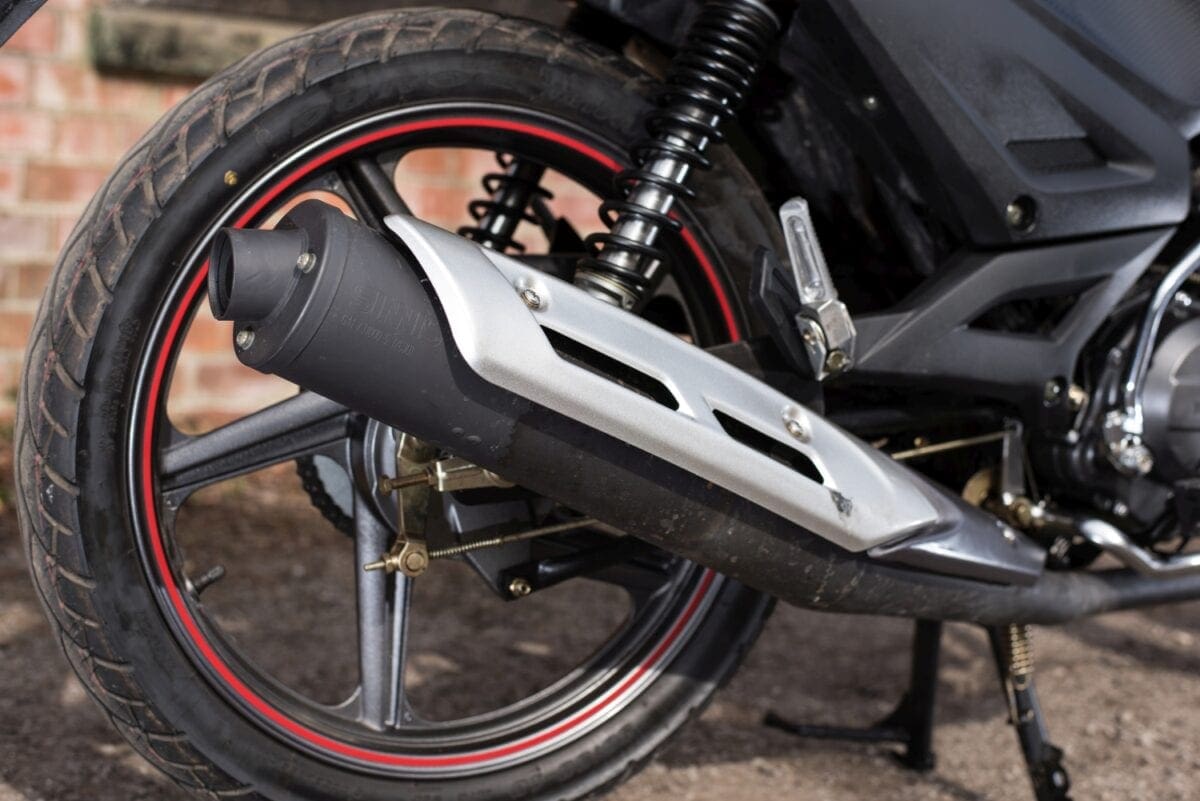 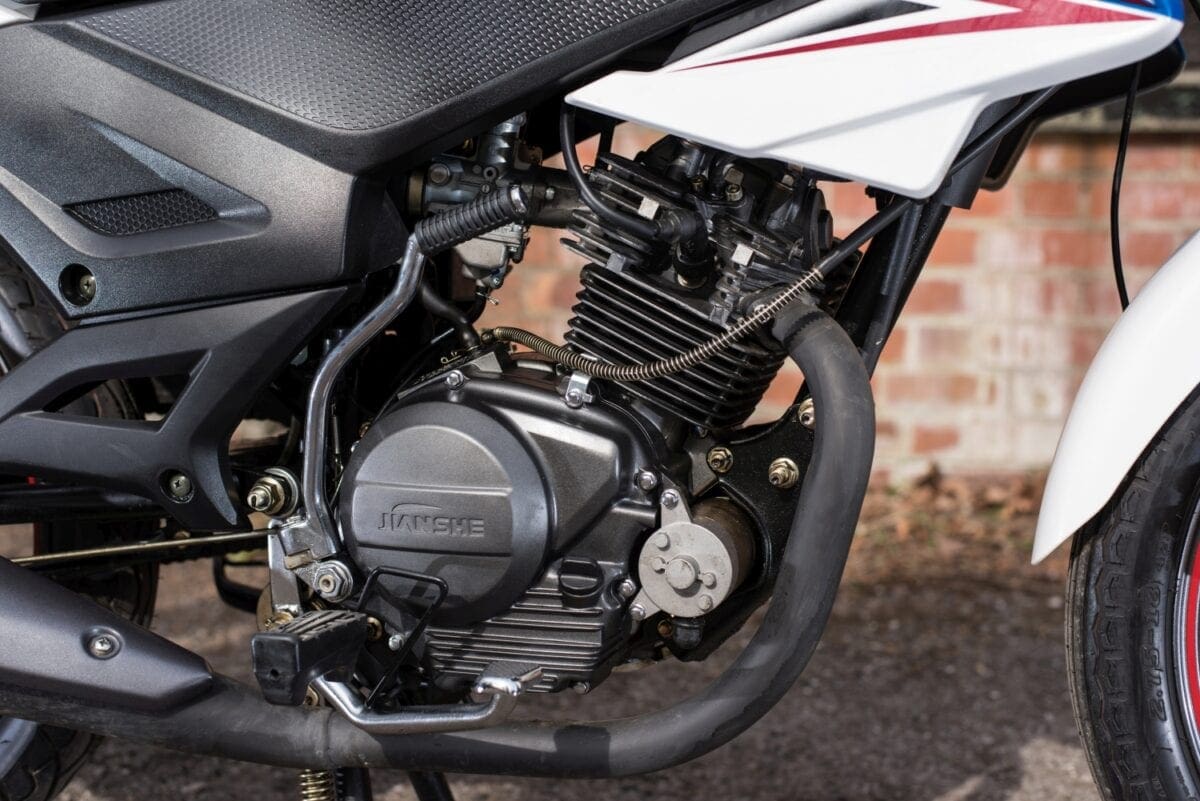 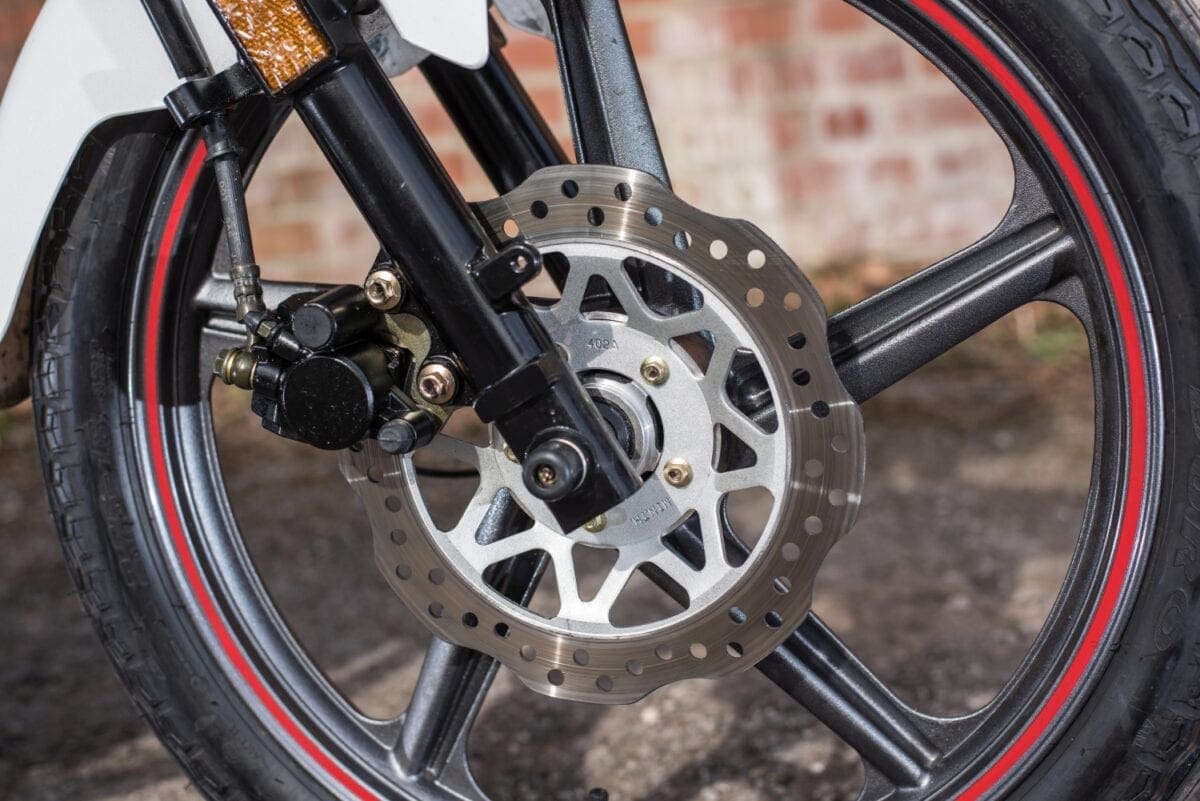