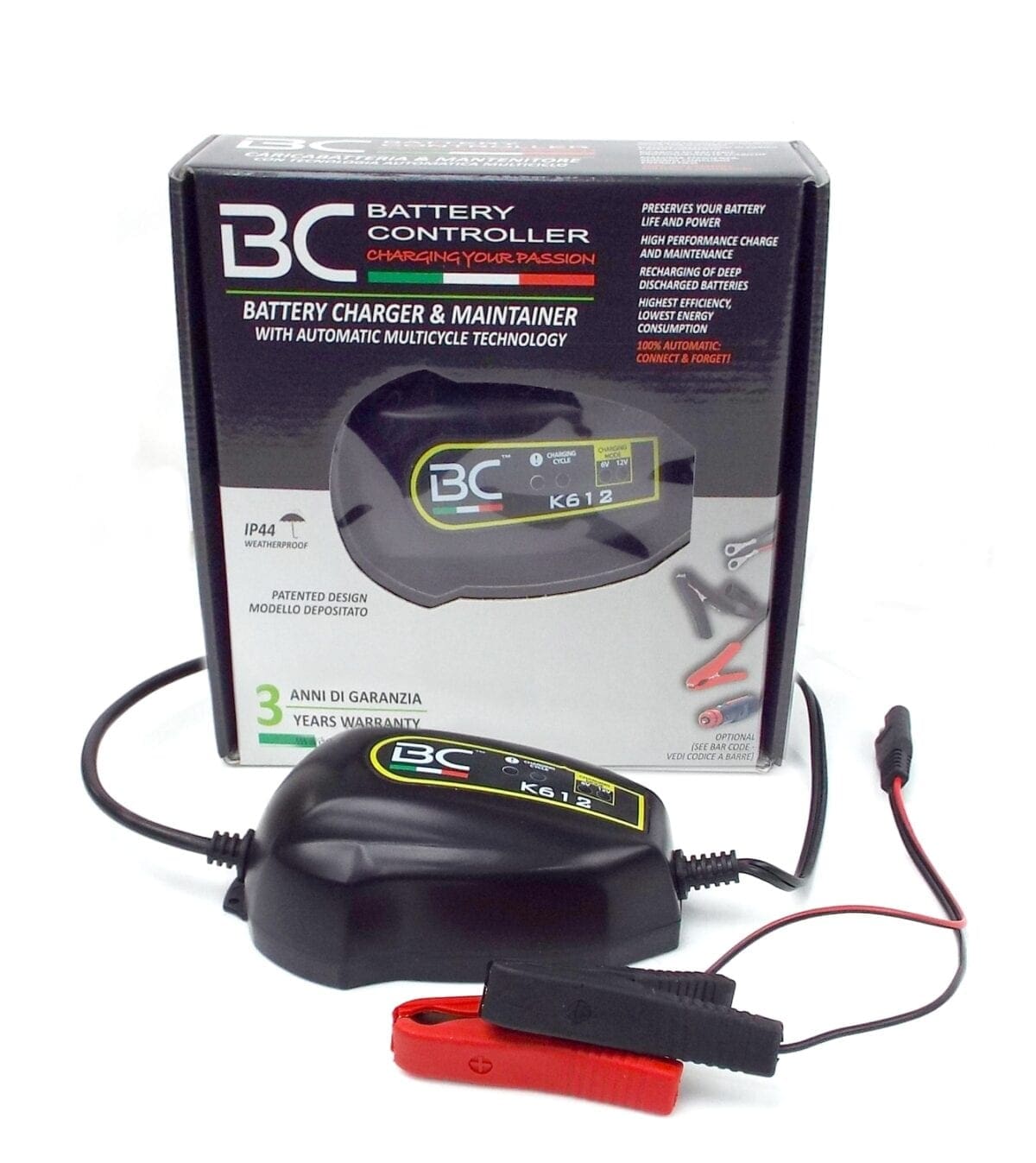 Anyone with a bike that has seen a few winters with little riding knows the value of a good trickle charger. Keeping the bike’s battery charged and maintained while it’s off the road is the simplest thing to do, and having the confidence in the bike firing up when you want to go out is priceless.

The BC K612 all-in-one 6/12V lead-acid battery charger is about as simple to use as possible: just attach the crocodile clips to the positive battery terminal and the chassis (if charging without removing the battery from the bike), plug the charger in the wall, and it starts doing its thing.

The charger runs through a fully-automated eight-cycle programme, with battery analysis, recovery and reconditioning, recharging, desulfation and long-term maintenance.

The device is suitable for Acid, MF, Gel, AGM and VRLA type 6 volt and 12 volt batteries. It’s supplied with a UK plug, crocodile clips, full instructions, and a three-year warranty.

According to BC, the charger can be left for indefinite periods of time, doesn’t produce sparks, and is protected against short circuit, reverse polarity, overcharging, and overheating. I left the charger to work its magic on the battery of my old Yamaha Fazer for about 24 hours, and when I came back to check the situation, the LED light on the controller showed that the cycle had been completed and the battery was now in the long-term maintenance mode.

Since using the BC K612, my old battery, which had given me problems before, has performed without a hitch for a good while. Next time the bike goes in the garage for a while it will definitely be plugged into this device.