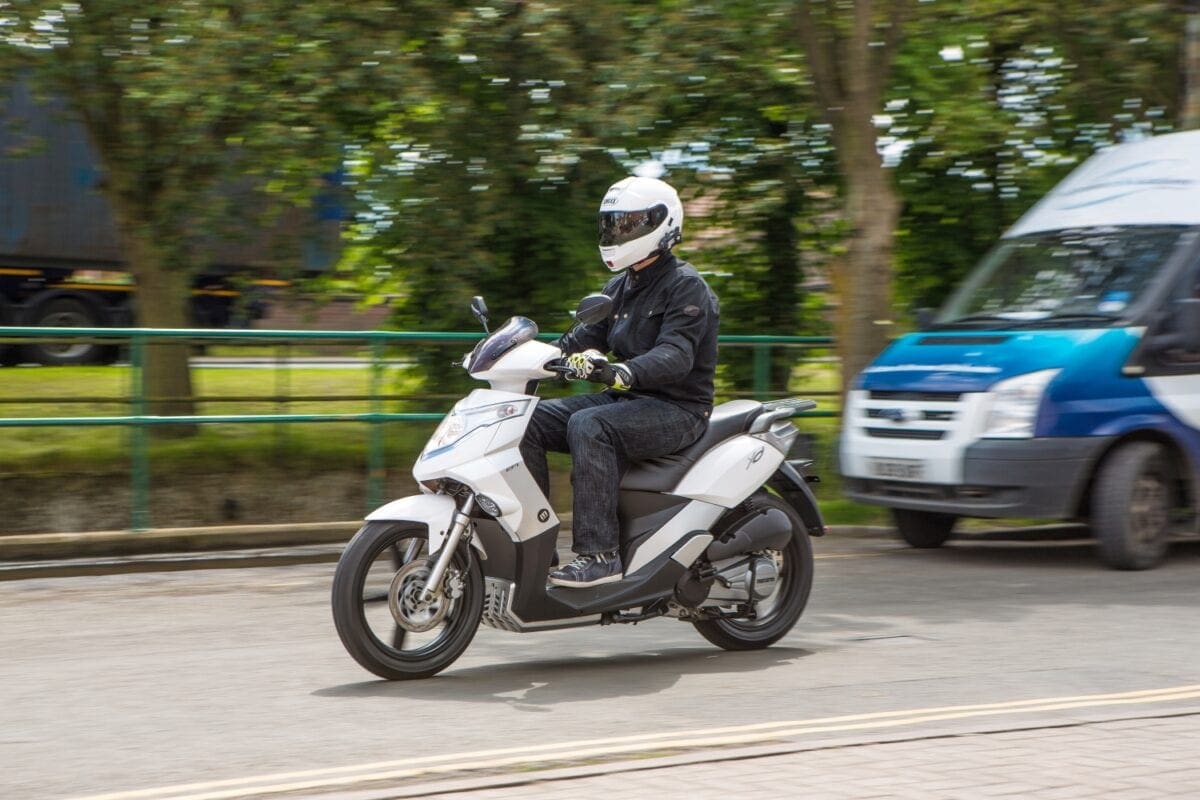 The Motorini XO 125 might not be the fastest 125cc scooter off the blocks but with its big 16” wheels, small turning circle, all-round nimble performance and competitive pricing, it’s very much at home in towns and cities.

There are plenty of 125cc scooters with large 16” wheels out there, such as the Honda SH125i or the Yamaha Xenter 125, and the design of these scooters always seems to be defined by the wheel size, leaving them all looking quite similar. Not that there’s anything wrong with that; they all look nice, urban and purposeful.

The one thing that stands out with the XO is the headlights. There are two spotlights on the sides of the main light, which act as the running lights and give the front a unique look.

There’s a small flyscreen at the front to deflect the wind, and a luggage rack at the back. Other than that, the equipment and design are simple, minimalistic and modern. 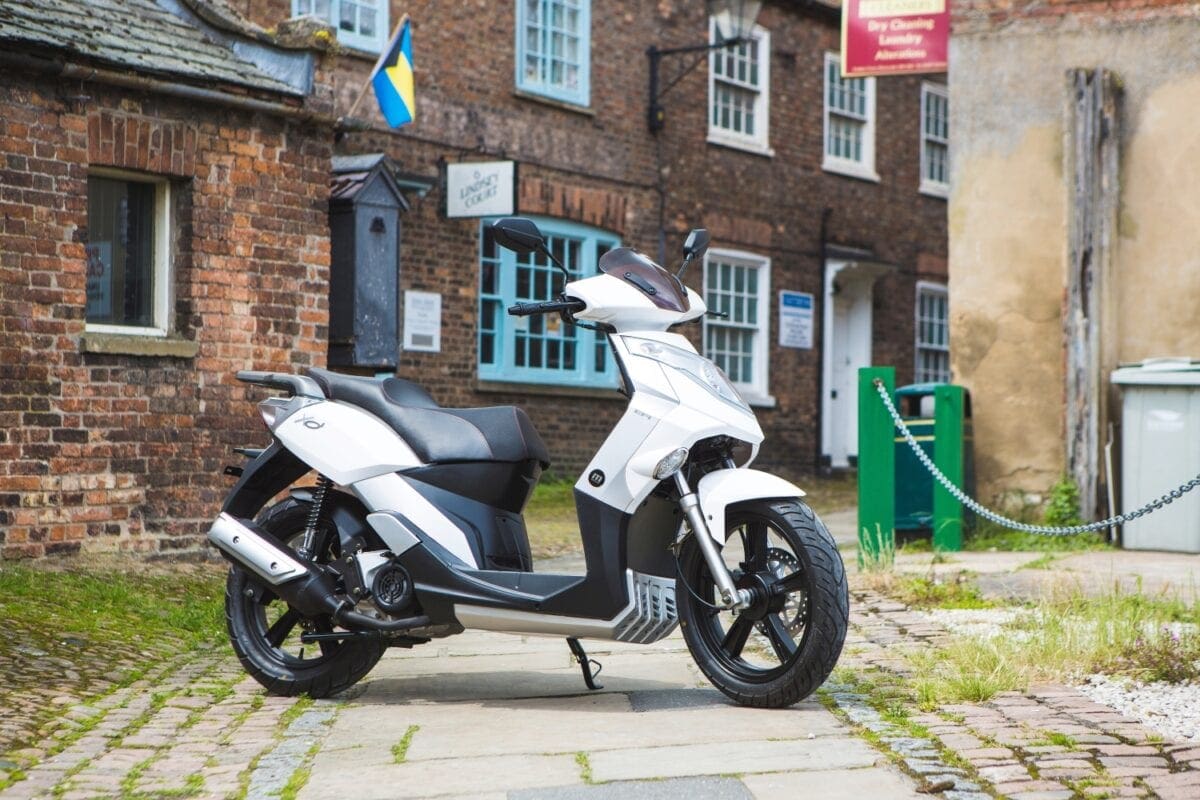 The XO is powered by a single-cylinder 125cc air-cooled, fuel-injected motor. The claimed max power output is 6.7kW at 7,500rpm, which is noticeably lower than the SH125i (8.7kW at 8,500 rpm) and the Xenter 125 (9.2kW at 7,500rpm). The lower numbers translate into a slightly sluggish acceleration and a modest top speed of 55mph according to the speedo.

In town traffic the engine is acceptable, although a bit more urgency in acceleration would be welcome when accelerating off the lights, but on bigger roads the low maximum speed means that keeping up with other traffic is difficult. 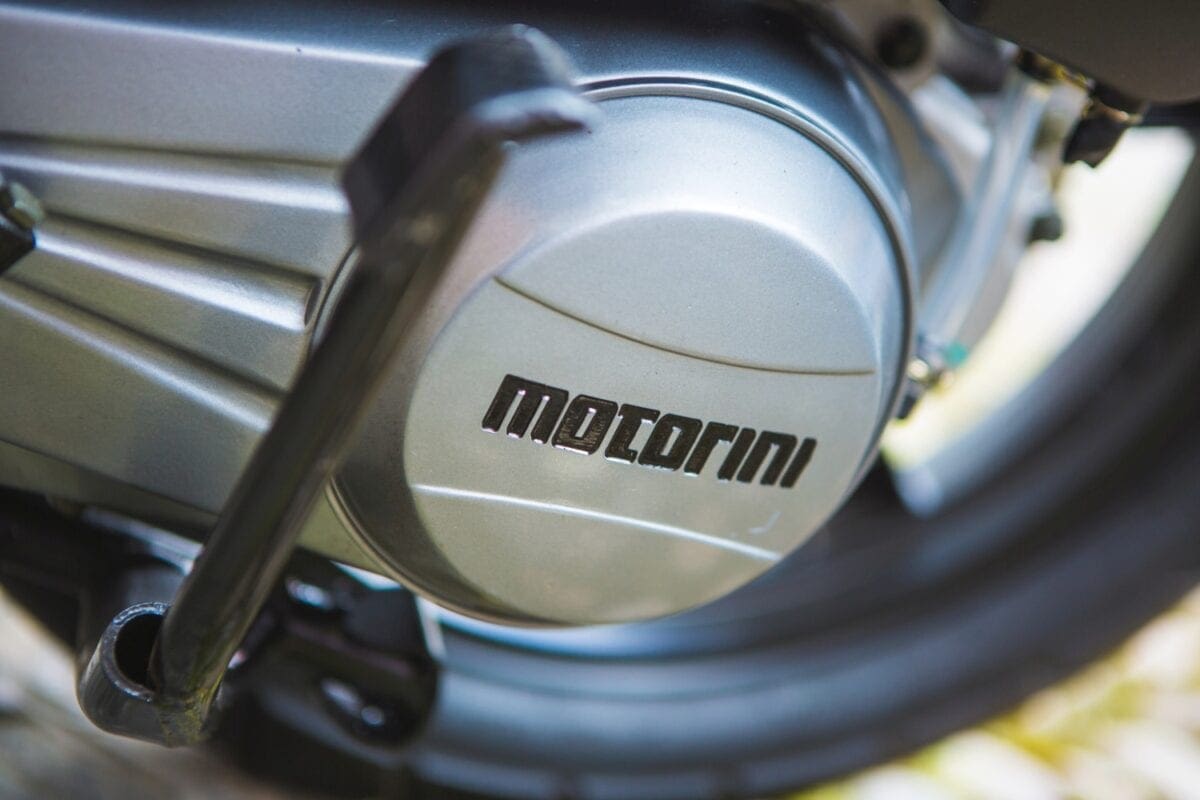 Despite the lack of punch from the engine (or perhaps partly because of it), the XO is actually a very comfortable and easy scooter to ride. The throttle is very smooth and there’s no snatching or lurching at all. The seat is comfortable and the riding position is relaxed. There’s enough room on the scooter for a grown man, with even enough room to move your feet around if need be.

Even at top speed the scooter is very stable, thanks to the big wheels and fairly firm suspension. There is no wobble in the bars or any feeling of losing control.

On the busy city streets the narrow frame and generous steering angle make this a brilliant tool for slicing through traffic jams. The XO fits through small spaces, turns in small circles and feels very light and agile to move around other traffic.

The bike has disc brakes with two-piston calipers at the front and one at the rear. Strangely, the back brake felt more effective and responsive, while the front was a bit spongey and required a hard squeeze for the braking to take effect. 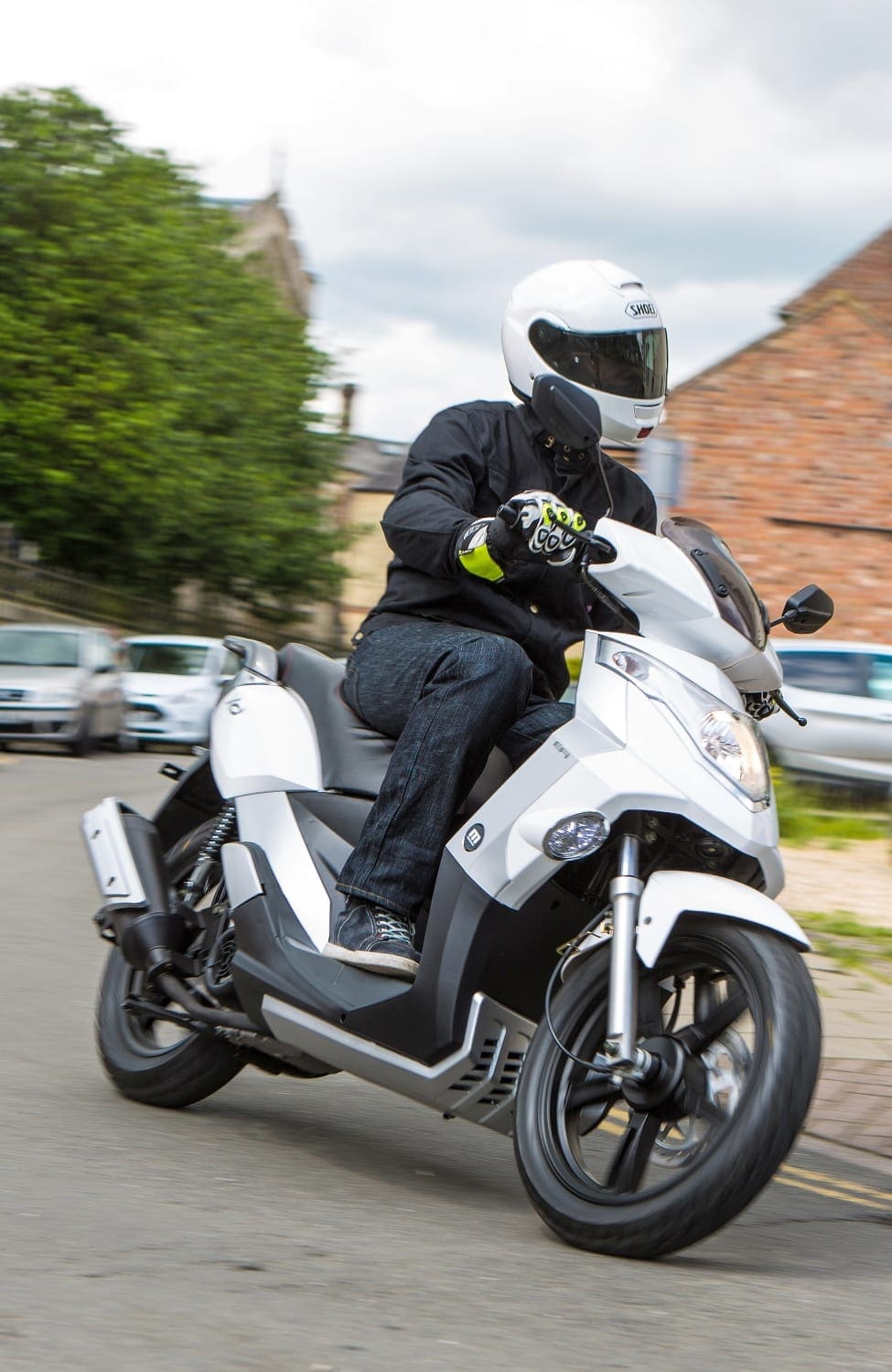 There’s a deceivingly helmet-shaped storage space under the seat, but try as I might, I could not fit my full face helmet in there. It was big enough for my lunch though, so it came in handy.

At the front, you have a handy lockable glovebox, which is just about big enough for a pair of gloves. There’s also a USB charging point in the box.

For anything that doesn’t fit in the storage compartments, there’s a luggage rack and a carry hook. 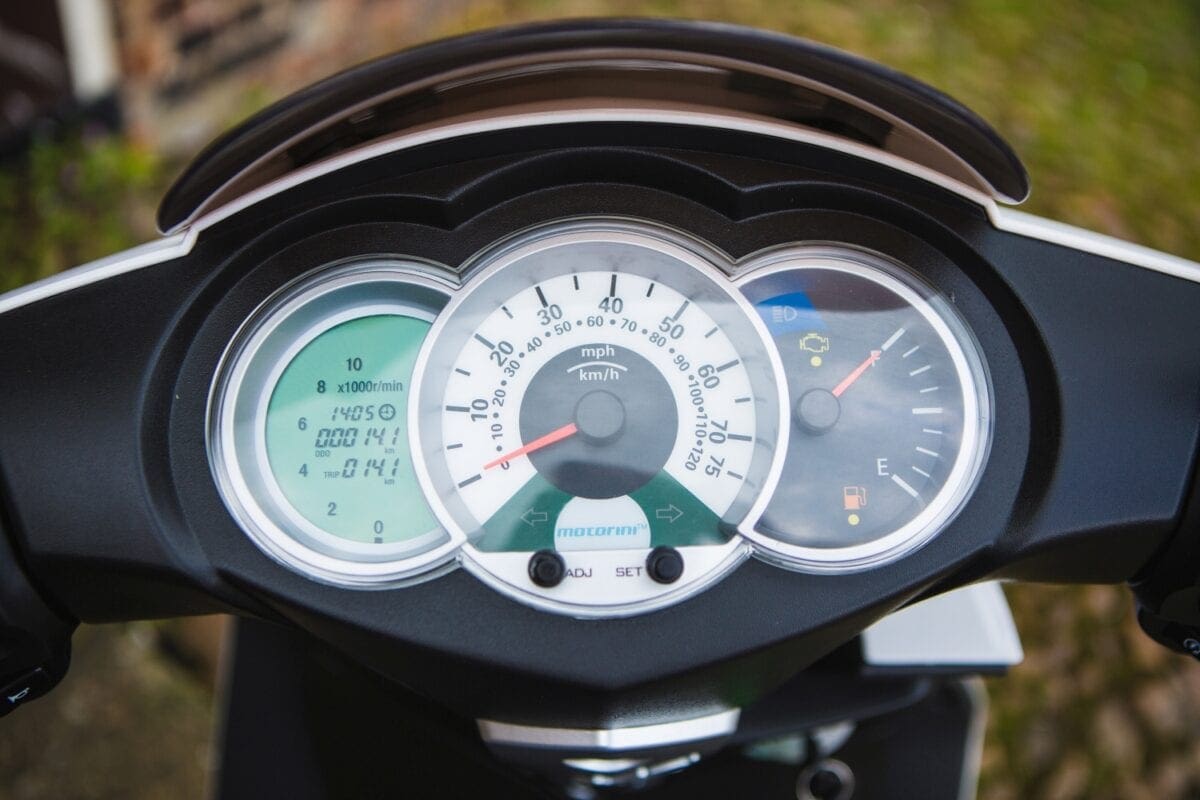 The XO may be lacking in power and speed, but it’s a very easy and pleasant scooter to ride. If you do your riding mainly in urban areas where speeds never get too high, this is a viable option — especially since it’s over a grand cheaper than the comparable Japanese bikes. 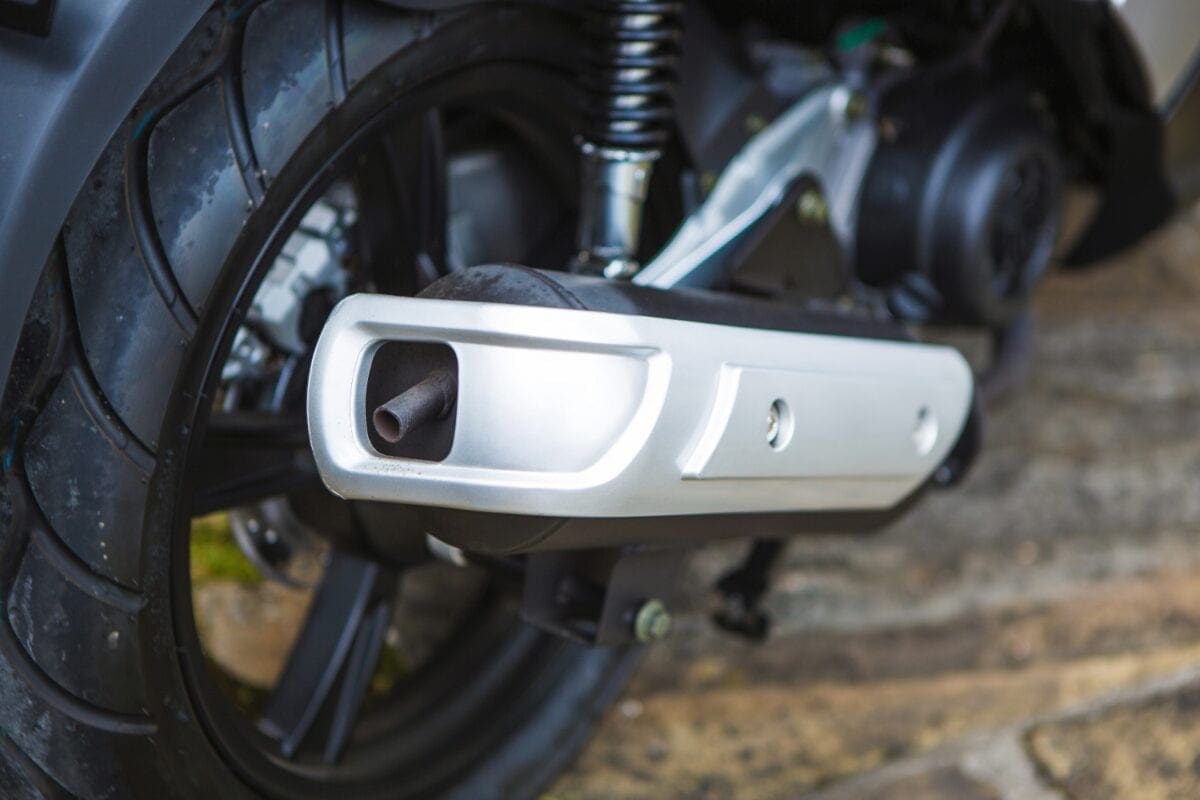 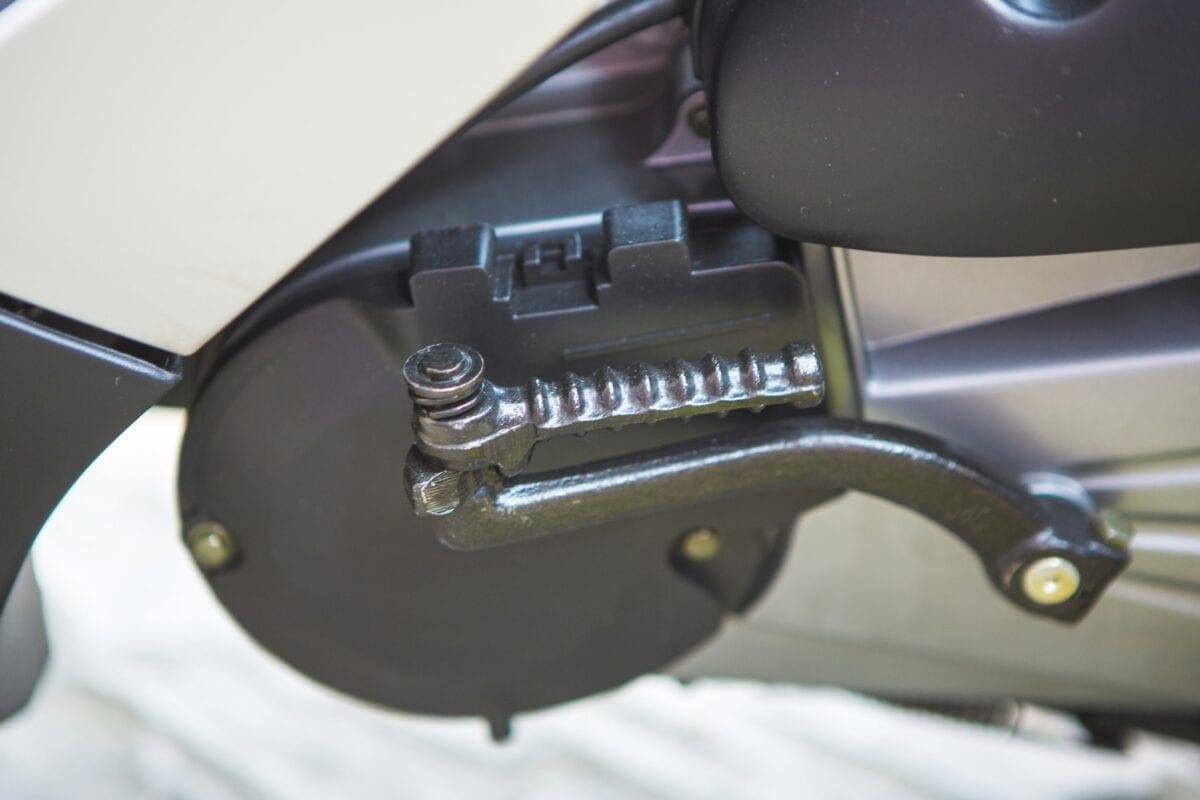