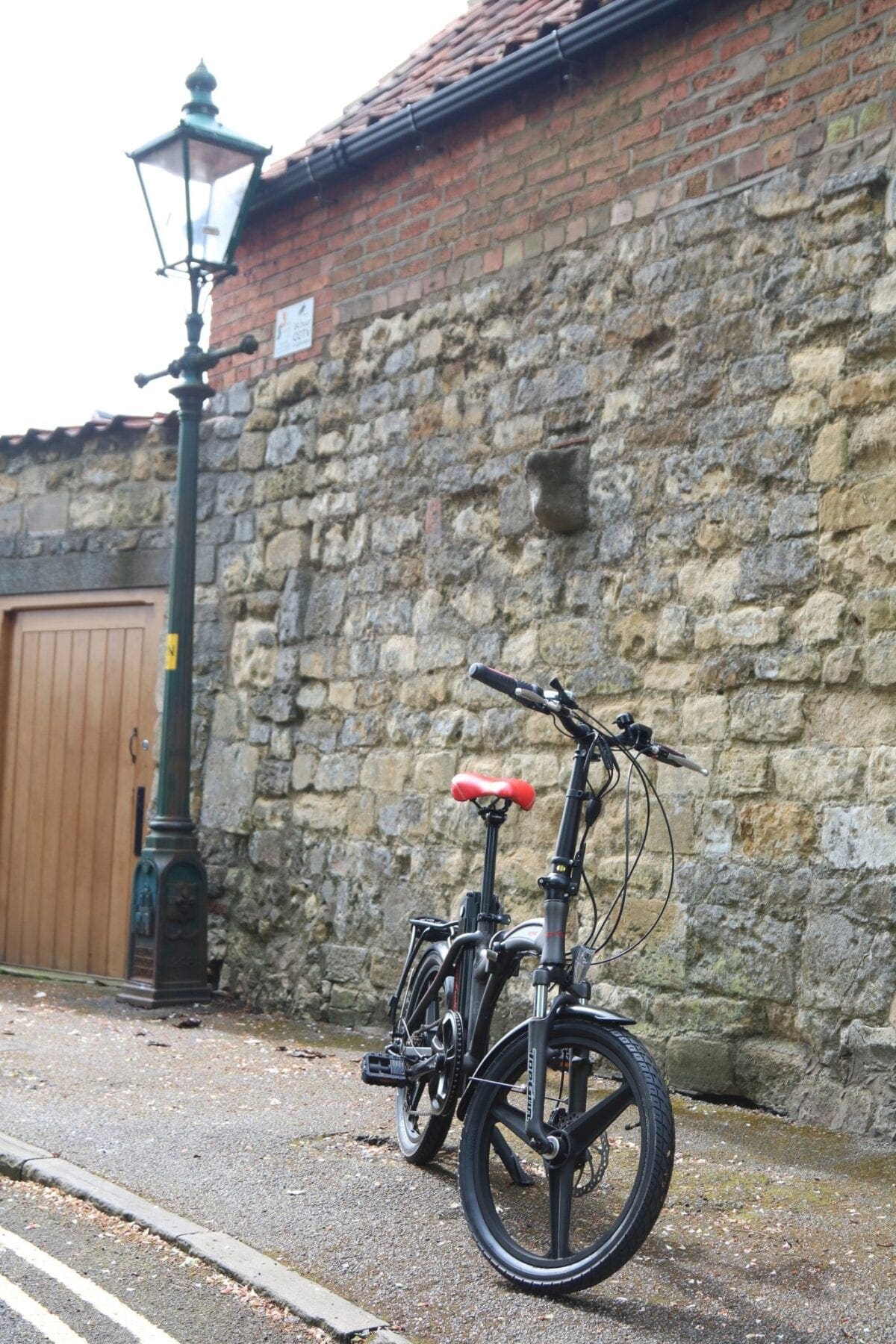 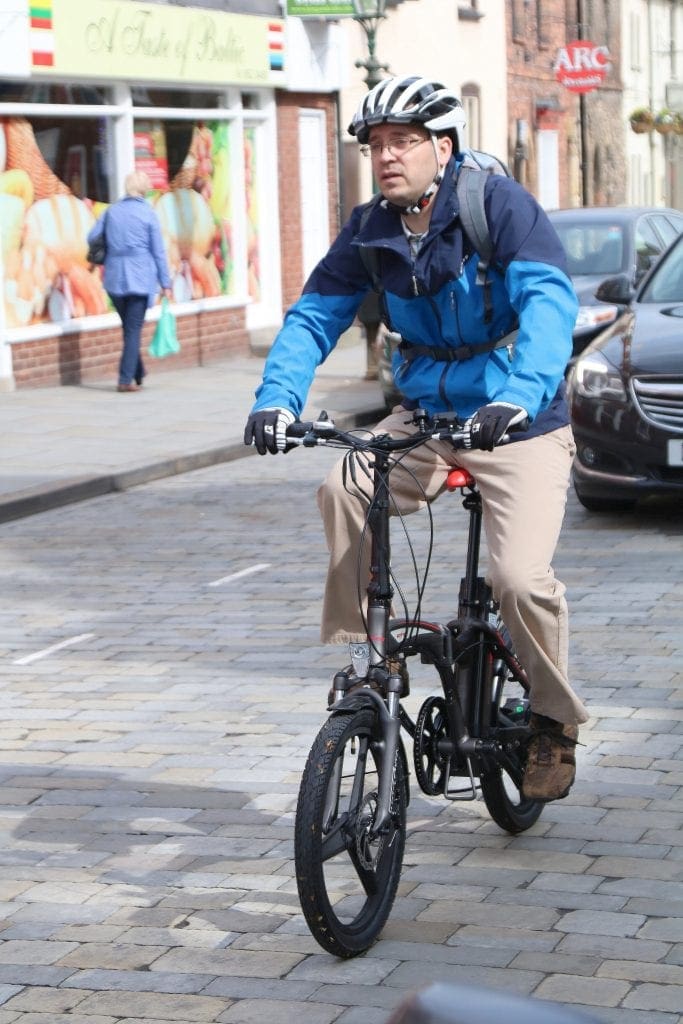 A small, well-formed e-bike, ready to take on longer distances.

It’s Friday morning and I’m on my way from Morton Towers to Lincoln, to test the Eco Voltz Commute around the city. I’ve already put quite a few miles in over the last few days and am happy to say that this 20-inch wheel, folding e-bike is living up to the promise of easy mile-munching. Now it’s time to thread it through traffic, see how it feels on the stop-start city streets and test the motor and brakes in the real world, rather than my more sedate countryside small town commute.

For anyone with a limited amount of storage space at home or the office, a folding e-bike is a great option as a commuter bike. Weighing-in at (I’m sounding like a boxing commentator) at a net 23kg (with battery) this is not the kind of folding bike you want to be carrying up five flights of stairs – but that’s not why you would buy this. Its prowess is in its patented turnbuckle release folding frame and sturdy built-to-last design.

On the street, the bike handled the lumps and bumps well with its front ‘Top Gun’ suspension forks. The folding handlebar stem doesn’t have that flimsy flexible feel that past folding bikes seemed to have, and even when tackling the cobbles and potholes around the old uphill part of Lincoln, it felt solid and planted. The brakes are Tektro Aries cable operated discs (I’d set them up at the office on the day the bike arrived); they’ve felt great and have performed fantastically. The motor (an 8FUN SWXH2, 36V, 250W) is housed within an all-in-one alloy rim and three spoke rear wheel and connects to the bikes battery (King-Ko, Li-Poly 36v, 10ah) which is mounted behind the seat post downtube. Gearing on the Commute is Shimano, so you know you are not going to have any problems. The lever is the Tourney SL-TX50-7R to an FT50D 7 speed rear derailleur. The Kenda K924 20” by 1.75 tyres had good grip and although I’ve not ridden this bike in the rain, the tread pattern suggests that a downpour or wet road shouldn’t effect traction too much.

As for how I felt in traffic; I wasn’t overly concerned as I’ve ridden in this part of Lincoln on quite a few occasions, but you never know who or what you’re going to meet, so be cautious and always have a helmet is the call. The bar grips were well-shaped and the seat comfy without being too wide that you feel you’re peddling down the street on a sofa. Another nice touch is the built-in front and rear lights that you turn on from the handlebars (brighter than I was expecting). I’d liked to have done night run to see how much mileage difference having the lights on would have made, but that wasn’t possible. Gladly there were no issues and the bike performed more like a well-trained guide dog like an over-excited puppy pulling at the lead. Power was available in the fairly standard five assist levels and the small handlebar-mounted display (blue digits on a black background) was easy to see at a glance, although I admit to not thinking I was going to get any speeding tickets aboard the Eco Volts – not Linford Christy, but more Mo Farah; a small, well-formed bike, ready to take on longer distances.

Do I like the Eco Voltz? I’m personally happier when the terrain is rougher and there’s mud involved, but yes I do. What this bike is designed to do, it does it well and it’s been constructed and put together to last. There’s little about this bike that I’d worry is going to break should I be using it as my daily ride, with folding and unfolding it at both ends of the journey. The finish in a matt gun metal grey with accents of red (which runs across the Eco Volts range) is well executed.

CLAIMED RANGE
25-40 miles depending on usage and conditions