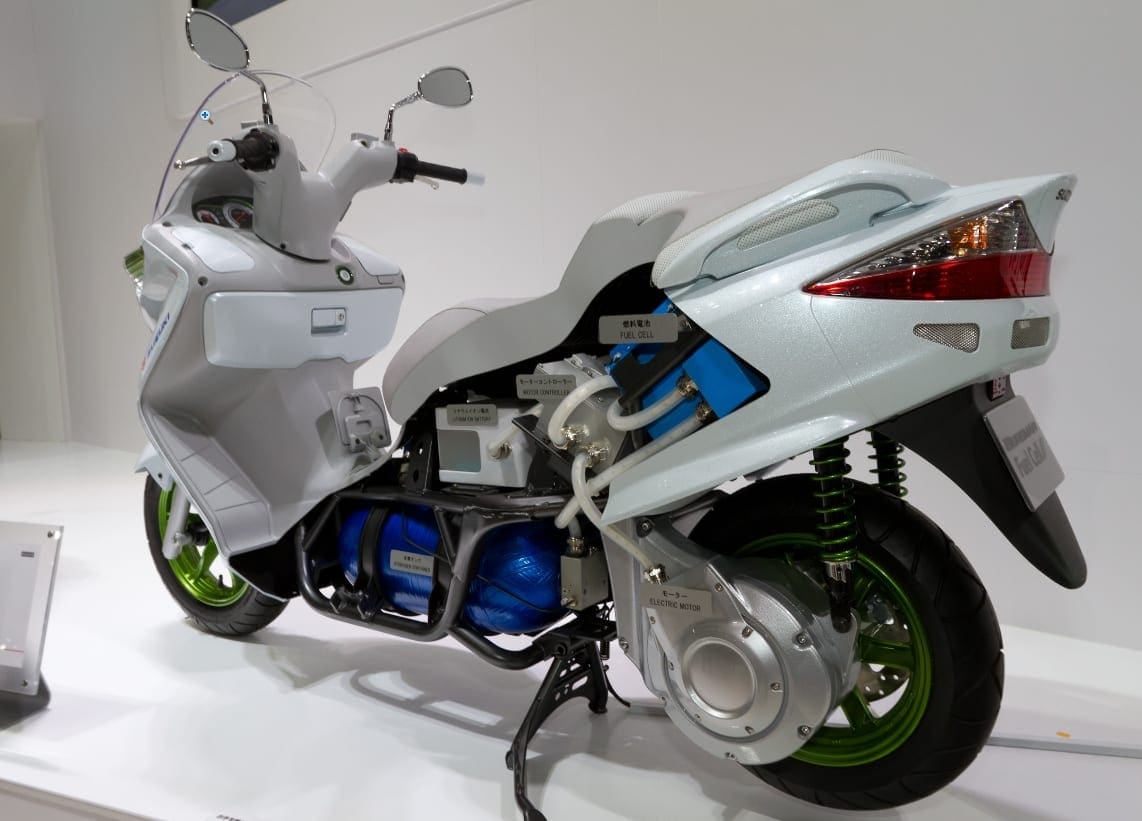 This is a significant move from the Japanese factory which has been working on the technology for a few years now and has already shown its hydrogen-powered motorcycle concept to the world.

Development for the super scoot, which looks like a Burgman, hasn’t really been much of a secret with a lot of actual design and application coming from UK based firms.

But what is significant is that the patent is now registered and filed with the US market. The patent was applied for last August but published as a patent on February 25 – this now ring-fences this design for Suzuki. Expect more patents to be filed for this fuel cell tech in road-legal motorcycles in the near future too.

America is an eager-adopter of this sort of tech, Toyota has seen sales of its own hybrids rocket in the USA so it’s a sound game plan to launch this (although not a hybrid, a purely hydrogen-powered bike) as a first fuel-cell super scoot in America to gauge reaction and customer take-up on the idea.