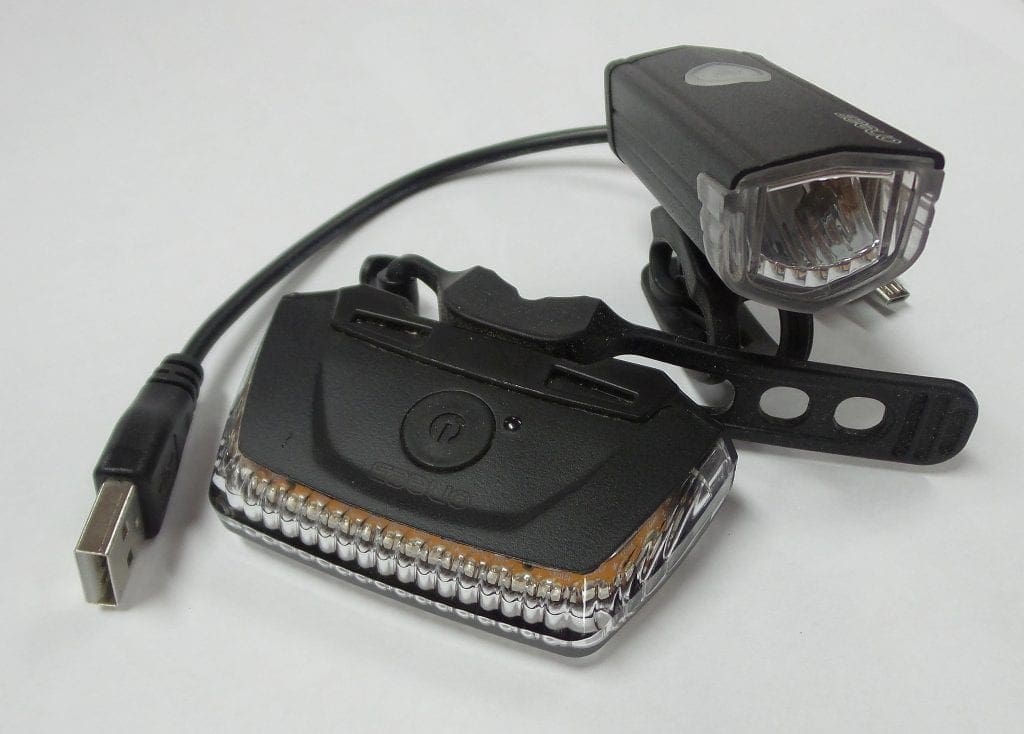 The One23 Flash and Wrap Twinset are not just a well-packaged set of lights, they’re also lightweight and not too heavy on the pocket. The front light is bright enough to see potholes clearly and nobody would have an excuse not to see you. The on/off button doubles-up as a battery-life indicator, which is easy to operate even with gloves on, making toggling through its four setting simple. The lights can be set to constant-high, running at 300 lumens for an hour, constant-medium for 6hours, constant low, which flashes and lasts 60 hours, and finally flash-fast, which lasts for 12 hours. The rubber securing strap is easy to use and gives lots of options of where to fix it. The USB changeability is a nice touch, saving on having to buy batters.

The rear light has similar functions as the front, but with three settings; constant-high, running at 26 lumens and lasting three hours, constant-low for six hours, or flashing-high, which lasts six hours. Both lights should be fully charged in 2.5 hours. The 180-degree spread of light on the rear makes you very visible to other road users.