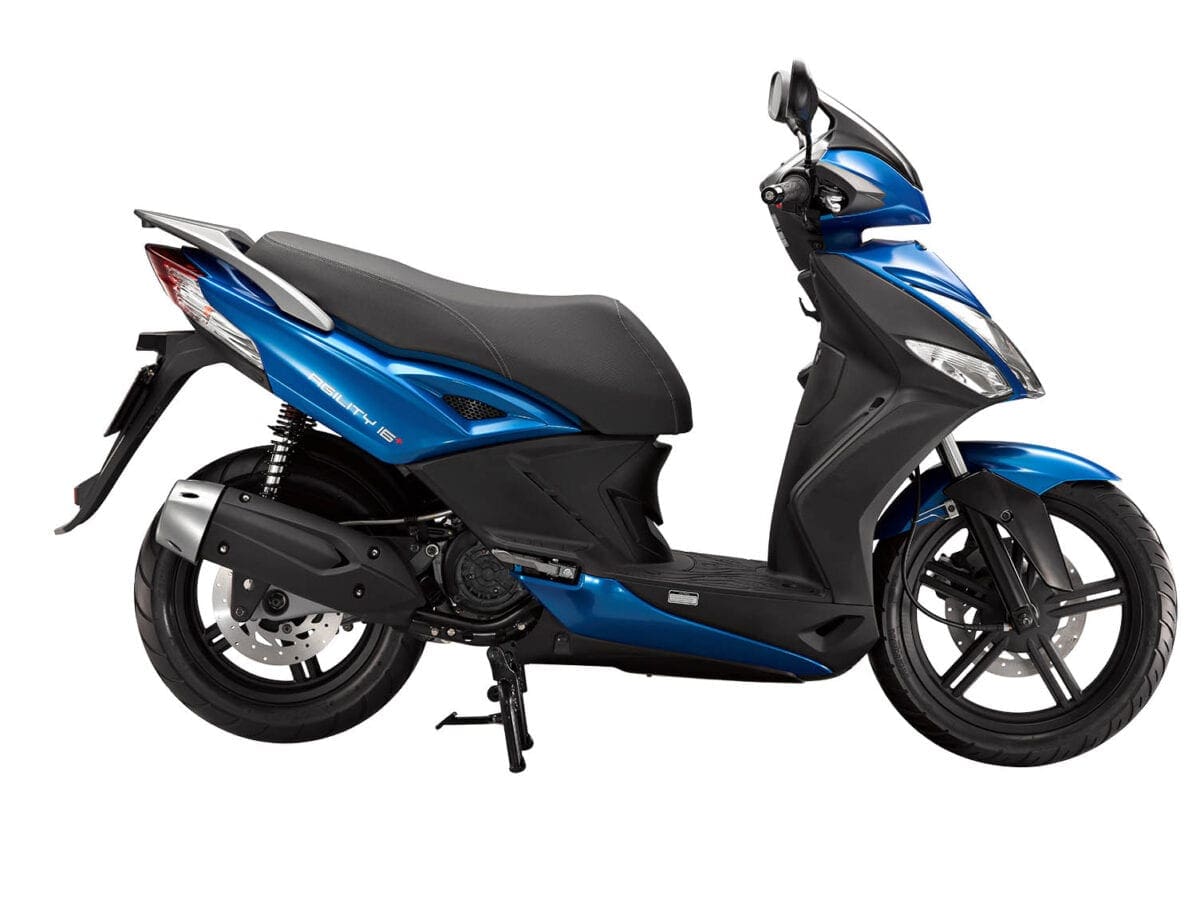 Kymco is adding an all-new two-stroke 50cc scooter to its highly popular ‘City’ range – the Kymco City Plus.

With fresh new aesthetics and a higher technical specification than its predecessors, Kymco says that the all-new ‘City Plus’ has been designed for riders of all ages who want a smart modern scooter for work, college or leisure.

The City Plus is powered by Kymco’s ultra-efficient, and reliable, two-stroke 50cc engine, which compared to four-stroke models gives the scooter improved acceleration and performance off the mark. This makes it an attractive choice for riders looking for a spritely but economical scooter, with Kymco claiming that the City Plus is able to achieve in excess of 100 miles per gallon.

For rider safety, Kymco has given the City Plus a new 14” rear wheel and a longer suspension for increased stability when navigating around bumpy, busy roads. The saddle has also been ergonomically redesigned for comfort and to facilitate increased storage under the seat.  New folding footrests have been added too.

A nice practical new feature is the fuel cap being positioned on the front of the City Plus to make refuelling the seven-litre capacity tank even easier.  There is also a useful 12-Volt accessory outlet for charging mobile devices, lockable underseat storage and updated digital instrumentation panel.

With new LED lights, a more angular design that is accentuated by the light matt blue/black colourway and aluminium rims, the City Plus has been cleverly redesigned by Kymco, to reflect the needs of modern town and city riders – performance, style and practicality.

The Kymco City Plus will be available from all UK Kymco recognised dealers in August 2016, priced at £1,599 with a two-year unlimited-mileage manufacturer’s warranty.

Low-rate finance and subsidised insurance offers will also be available.