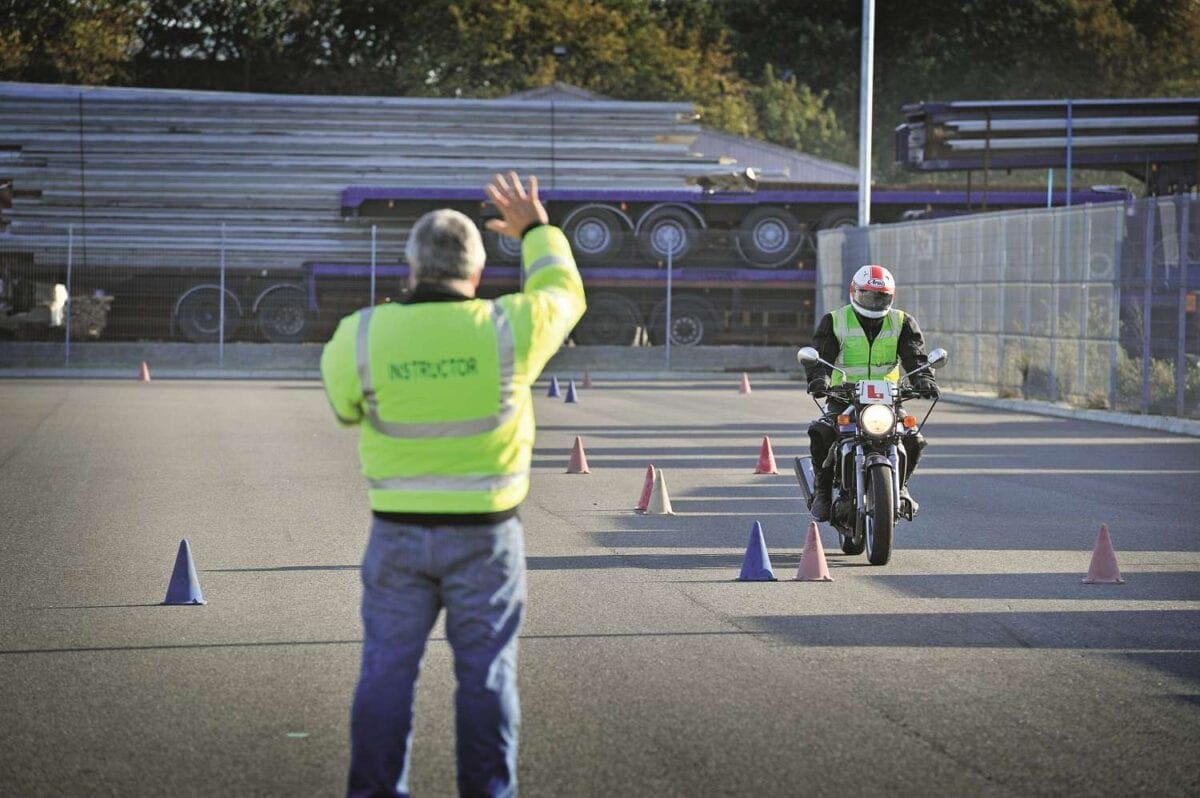 You’ve got your CBT, theory test and licence and want to get your licence. It’s time for the practical test. It’s split into two parts – Module One and Module Two.

Module One is the off-road element and is a test of your machine control. Once familiar with the layout, you’ll find there’s very little to worry about. The first few elements are repeats of some of your CBT. Moving the bike around, a slalom, U-turn, slow ride at walking pace and a figure-of-eight.The new elements involve control while riding at higher speeds in a confined area.

The good news is – module one isn’t that hard

The module one test course:

The first part of Module One repeats a lot of the stuff from your CBT. The difference is that in CBT you can repeat it a few times till you get the hang of it, but this time you are being assessed and you need to get it right first time. But that’s fine because you’ve now had lots of practice with your instructor, so don’t worry. Here’s what you will be asked to do:

Your instructor will go through all of the elements with you ahead of your test and you will have plenty of time to practice but if you want to know more, here are some of the elements in more detail:

You will be asked to ride around the edge at the top of the test arena in between two sets of cones. As you come back into a straight line you must pass through a speed trap (where you must achieve at least 19mph) and then come to a controlled stop with your front wheel in a square of four cones.

This exercise gets you familiar with the curve at the top of the test arena and the path that the cones take. The curve is a gentle one and there’s plenty of room to get up to the required speed, so don’t worry. You could be asked to ride it as a left-hand bend or right hander, so make sure you are confident with both. 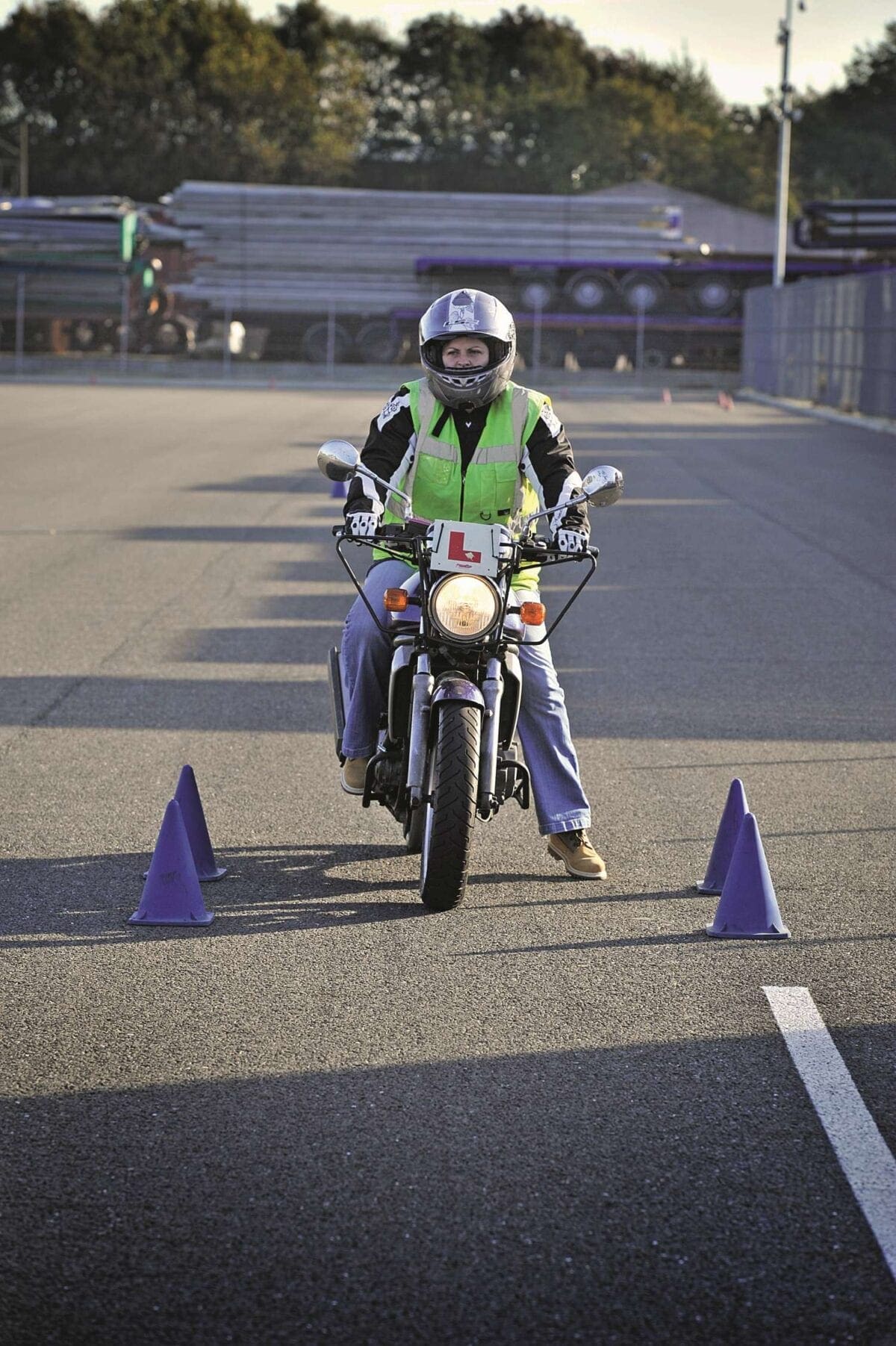 The next exercise is the swerve and stop test. In this one you ride the circuit again, but you must hit a speed of 31mph as you go through the speed trap. Immediately after the speed trap are a couple of blue cones through which you must ride. This requires you to lean the bike briskly to the left or right (depending on which way the examiner has asked you to go) and back again to a straight line to stop with your front wheel in between the four cones.

It sounds complicated, but the hardest part (especially on a 125cc bike) is getting up to the required speed in time. In order to make the bike turn quickly and precisely, you need to be on a steady throttle, not still accelerating.

Our tip would be to get yourself in the right gear as you enter the bend. Accelerate gently through it and then accelerate harder once you are in a straight line. Don’t look at the speedo. When you get to the speed trap, shut the throttle gently. You will feel the bike settle on its suspension.

Then, apply a sharp nudge to the right-hand handlebar if you need to turn right (or the left bar if going left) to flick the bike over, followed by a sharp nudge on the opposite bar to bring it upright again. Only start to brake when the bike is upright.

When you first try this on your practise days, don’t be too worried if you can’t do it straight away. There are several elements that you need to master. Accelerating to 50kph, swerving and then braking hard. The second two are easier than you think providing you get the first one right. And be careful not to accelerate too hard. If you go too fast you might make the swerve, but stopping in the box will be tricky.

The final test is an emergency stop from 31mph. To do this you come around the top bend and go through the speed trap. As you enter the trap the examiner will raise their hand and you have to stop in a safe, controlled manner as quickly as you can.

The trick here is to shut the throttle as soon as the examiner raises their hand and apply the brakes a fraction of a second later. As before, if you brake while accelerating, you lose the weight transfer to the front wheel and increase the likelihood of locking the front wheel.