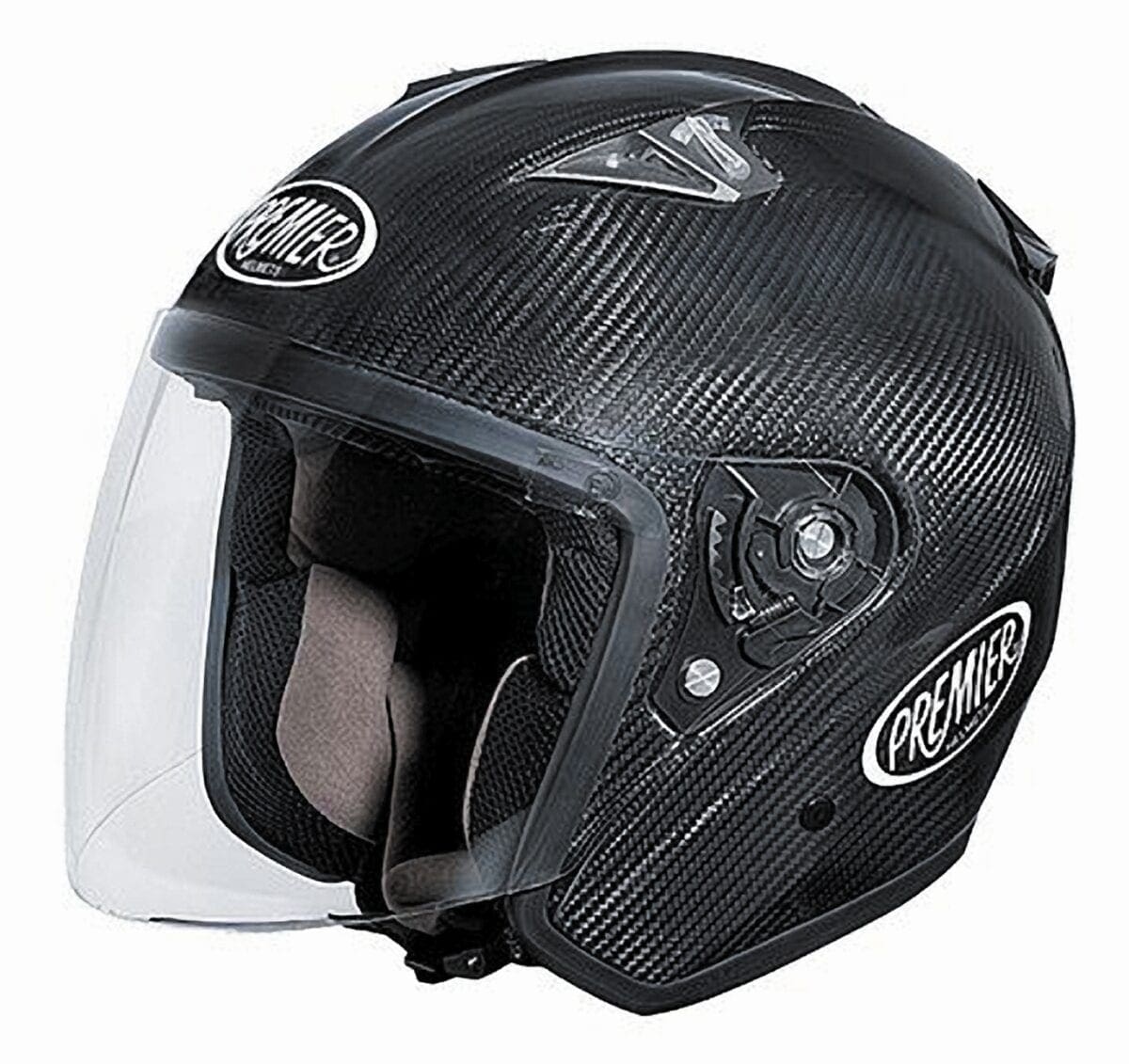 You can’t beat a lightweight helmet and weighing in at 1100, the Premier JT3 open face fits into that category. The carbon aramidic fibre/epoxy resin shell is fitted with a Shalimar (carbon) removable and washable liner. The airflow system is taken care of via two intake vents with the mechanism being slightly different to the normal slide adjuster – instead of that, there’s a small lever which operates in a simple and quick operation, even when wearing gloves. To complete the airflow, an extraction vent (which looks a bit like a spoiler) is fitted to the helmet’s rear.

The anti-fog/anti-scratch visor is easily removable if the need arises, via a quick-release mechanism. No secondary internal visor is fitted, but the standard clear visor can easily be removed and substituted with the optional black tinted visor which is available as an accessory from Premier.

The chin strap consists of a quick release system which incorporates micrometric strap adjustment, so the fit can be tailored to individual needs. Even when wearing gloves, the buckling system was quite easy to operate. With the helmet there was one other thing to check out before moving off; if I’m wearing an open face, then I would recommend wearing some form of glasses to increase eye protection – they look cool as well – although with some helmets, that isn’t always easy. In this case, they slipped inside the helmet’s shell with no problem at all.

Out on the open road, by their very nature, open face helmets tend to generate more noise than a full face; in this case however, the visor helped to protect me from most of that and the wind noise level proved to be OK.

All-in-all, the JT3 carbon open face isn’t a bad helmet for its’ mid-range price. It is available in various sizes ranging from XS to XXL.