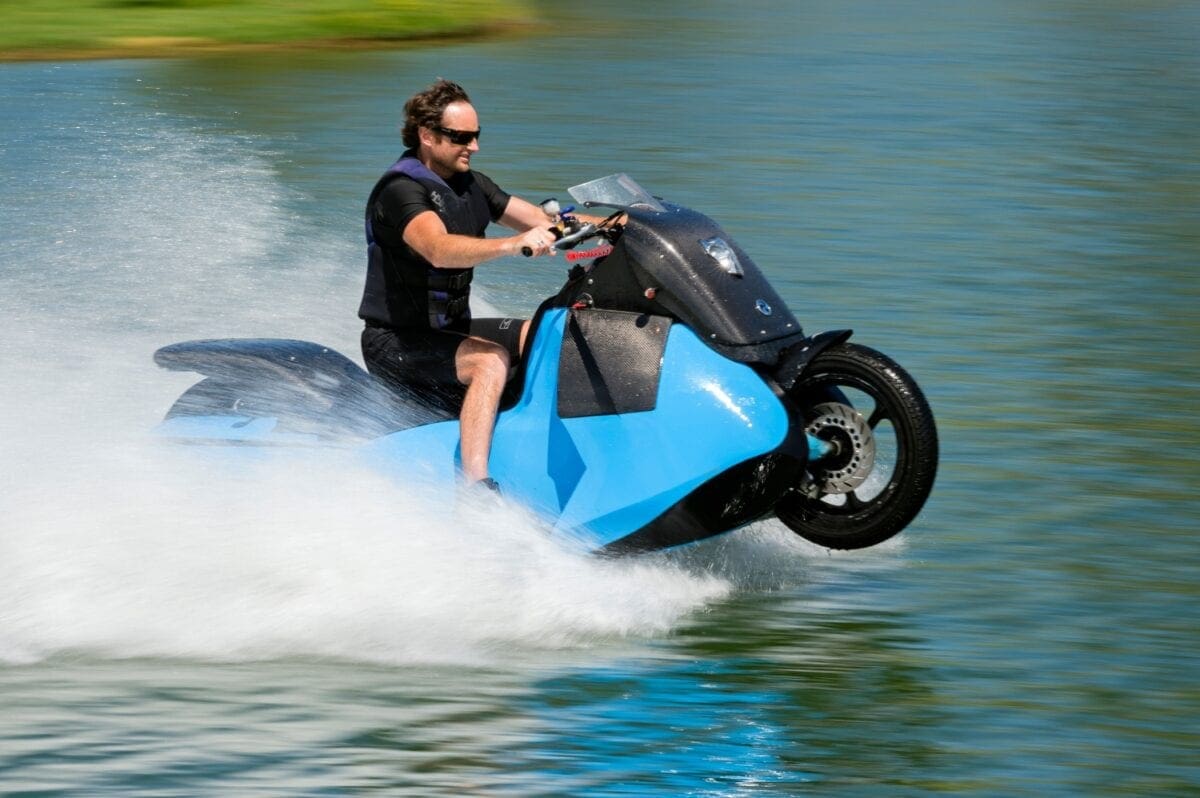 This Biski amphibious two-wheeler looks as comfortable (if not more) in water than on dry land. Displayed at the AIM Expo in Florida, US, during October, the Biski is the first of its kind – a high-speed, street-legal amphibious motorcycle. The vehicle resembles a stand-up jet ski and according to the manufacturer, its 55bhp cylinder engine can reach a top speed of 80mph on land and 37mph on water. Apparently it can transition from land to water use in less than five seconds, which is quite impressive, we reckon.

On land it looks like a maxi-scooter with a bit of a weight problem, and we would love to know how you get your foot on the ground past the massive foot plate without grounding the machine. Its wide design also makes it less than agile in city traffic, we would guess.

In water it looks quite like a jet ski, except that there is a scooter wheel sticking out at the front of it, giving away its amphibious nature. We’re not experts on jet skis here, but it looks the part as far as we can tell.

We’re not sure whether it will ever be available here in the UK, but it’s definitely a clever invention – and undoubtedly very much fun – but the question is: how many potential customers would the Biski have? At least here at Twist & Go, we tend to prefer to keep our bikes on terra firma. 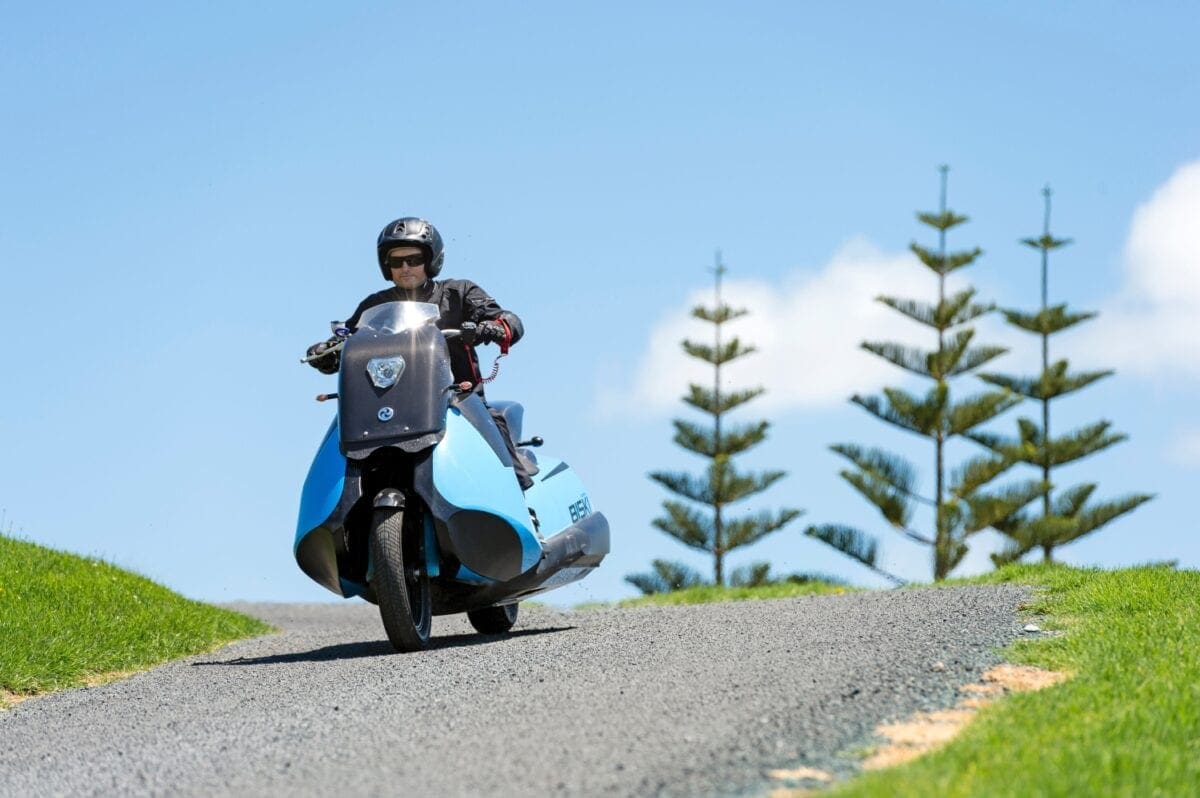