Scooters are important. They bring you takeaways, ferry people to work and give youngsters their first taste of freedom… and they don’t tend to break the bank. There’s no need for a lot of power or technological trickery, it’s all about keeping it simple, straightforward and cheap. That’s WK’s SX 125 in a nutshell. 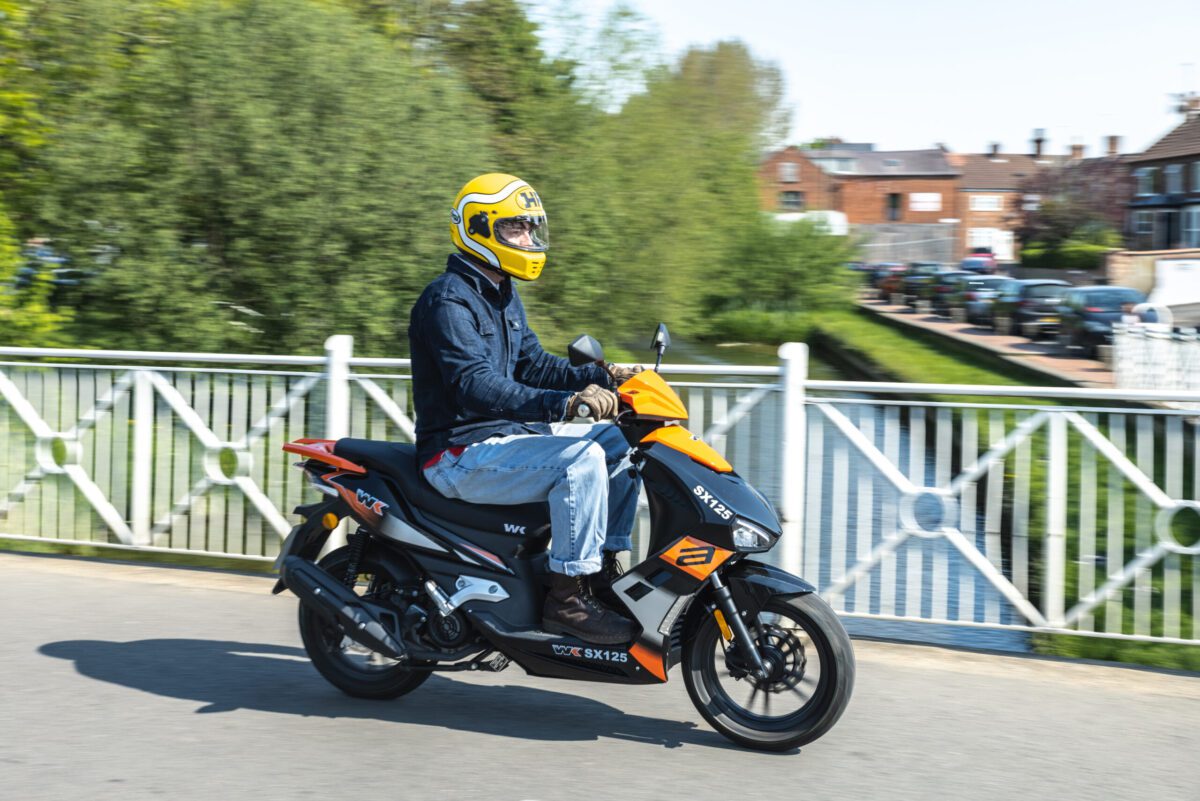 Sales of smaller capacity two-wheelers are absolutely flying at the minute. The Government’s push to get people off public transport during the height of the Covid-19 pandemic has done no end of good for manufacturers who’ve got a little learner legal commuter in their line-up. For the price of a CBT, embittered commuters who needed to get out and about during lockdowns could legally ride a swathe of little bikes and scooters – and if they wanted something sporty that wouldn’t break the bank, WK’s SX 125 could be seen as the perfect choice. 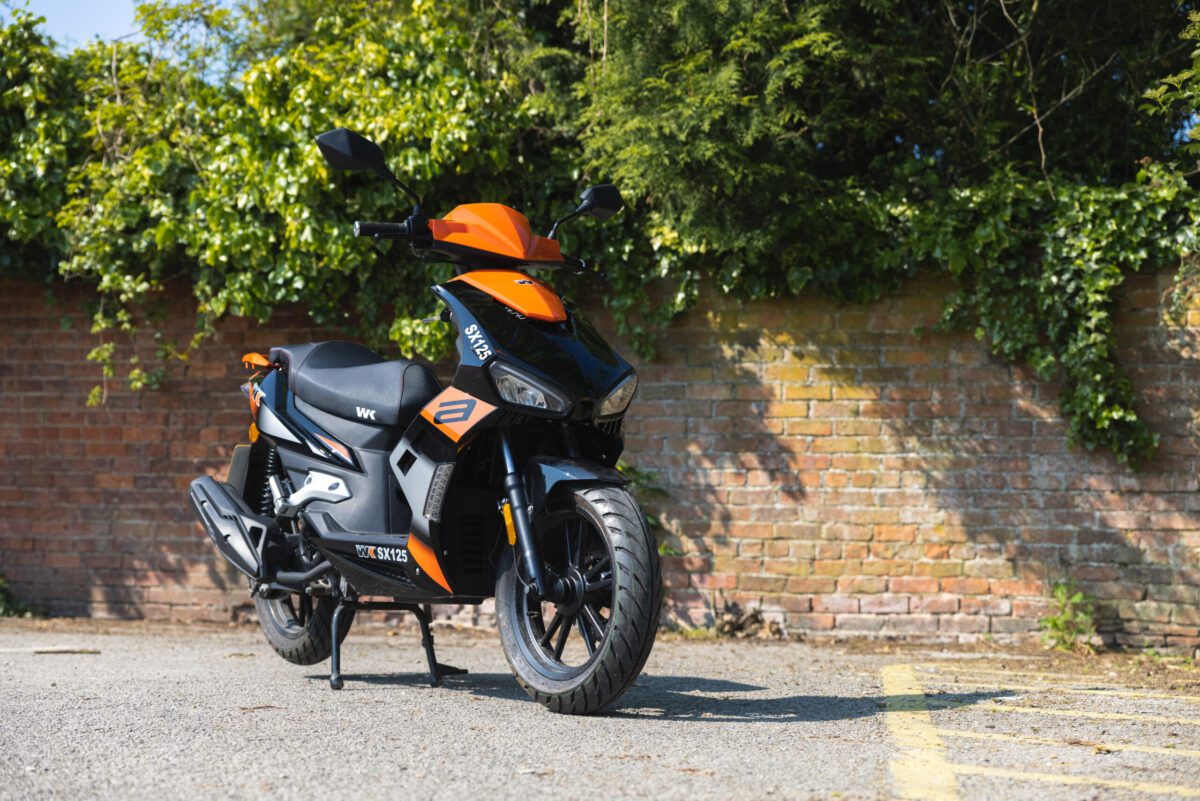 Coming in at a respectable £1,799 (which is actually less than the price of an annual travelcard in London), the simple, straightforward scooter is the successor to WK’s popular TTR 125, which has been selling well for years. Never heard of WK before? The British importer has been around for 20 years, selling an electric range of small capacity scooters and motorcycles with improving success. It’s actually run by the same team who look after emerging Chinese brand CFMOTO and Quadzilla, so you can rest assured they’ve got plenty of experience in selecting quality machines and looking after them. There’s an ever-growing dealer network right across the UK too.

Settling into its seat for the first time with my 6ft 1inch frame and longish legs, I first noticed how compact the SX is. It’s low seat height and cosy cockpit will likely be seen as an advantage by smaller riders, but I felt a little cramped at first, though that’s not unusual for me when riding commuter scooters. It’s surprisingly comfortable, with plenty of padding in the recessed seat unit which can be folded up to reveal a reasonably sized storage compartment. It wasn’t quite big enough to take my full face Arai Rapide helmet, but I’ve no doubt it’d swallow up a smaller open face lid. I used it for stashing my wallet, some waterproofs and a bottle of water, and there was room to spare. 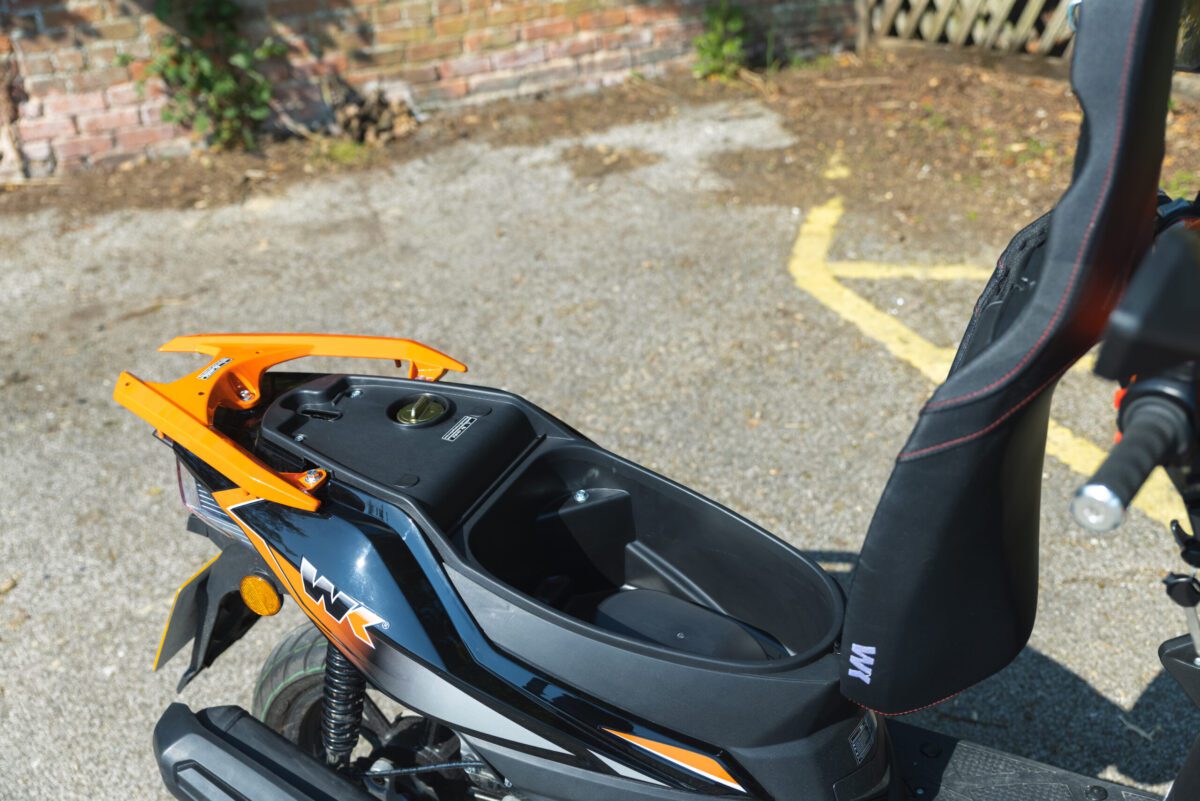 There’s also a small luggage rack on the rear, perfect for packing any additional luggage or fitting a topbox if you need one. The SX isn’t exactly packed with the latest technology. There’s a simple analogue and LCD dash set up and some LED indicators. That’s about it. Its simplicity works though. The dash is clear and easy to read, and includes a fuel gauge to help you keep track of how many miles you’ve got left in the tank. What more do you need? 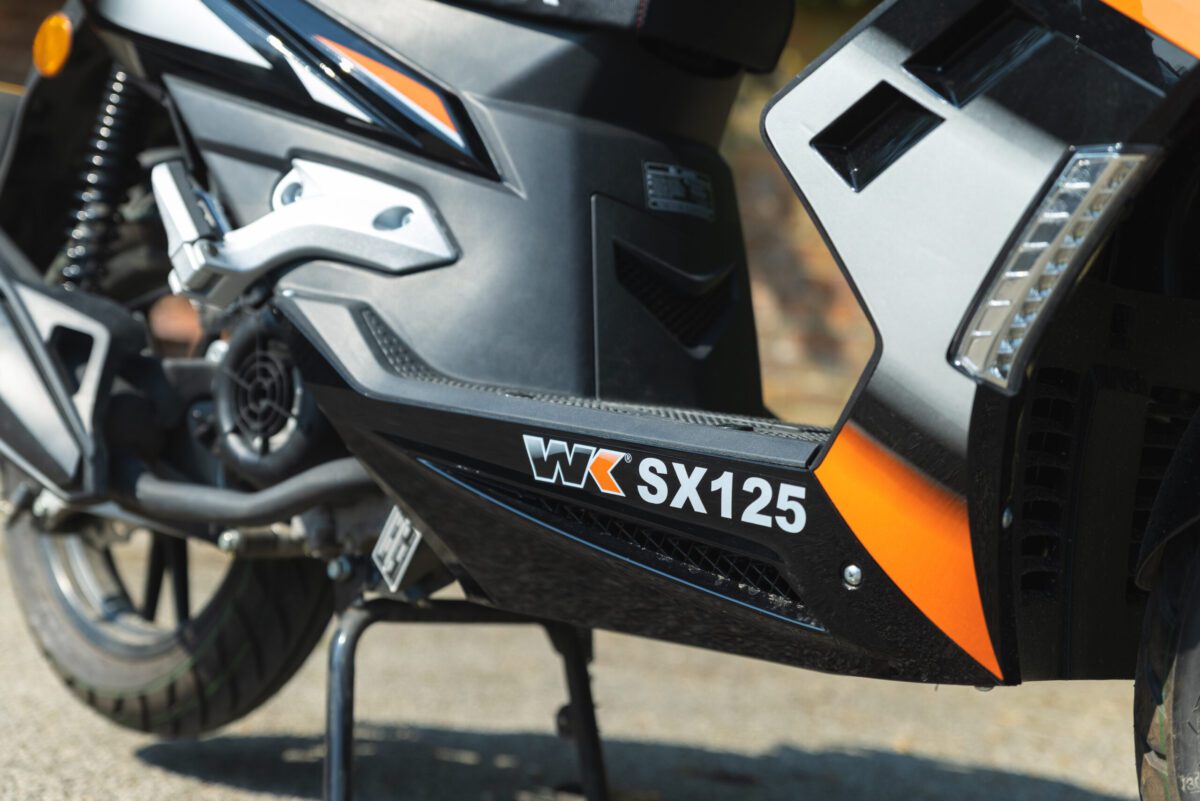 The SX features 14in black alloy wheels, linked disc brakes, with steel-braided brake lines, and twin rear shocks. It has twin headlights, and LED indicators and rear light. There’s that small luggage rack and lockable underseat storage, plus push-button start and also, interestingly, a kick-start and, of course, it’s twist-and-go. Power comes from a fuel-injected fourstroke engine which kicks out just shy of 9bhp. It’s not the most aggressive engine in the world but there’s plenty of punch for nipping around town.

If, however, you need to take it out on the open road, you’d be better off taking the scenic route as you’ll soon be holding up the traffic on faster-flowing roads. The good news is that you’ll not have to spend a fortune on fuel however you ride, with the SX easily managing 100mpg. Suspension is basic but perfectly adequate; if you hit a bump in the road at any sort of speed you’ll definitely feel it, but the scooter still remains composed enough for you not to get into any trouble.

The combined braking system is decent enough too, capable and consistent enough for you to grab a handful when you need to stop in a hurry, but with enough feel to allow you to perform tight turns in and around town. The SX might not be the most exciting scooter on the market, but it’s a more than capable machine that would be the choice for youngsters looking to gain their first taste of freedom and for commuters in towns and cities who are looking for an affordable and reliable way to get to and from work.

The riding and the words: Ross Mowbray