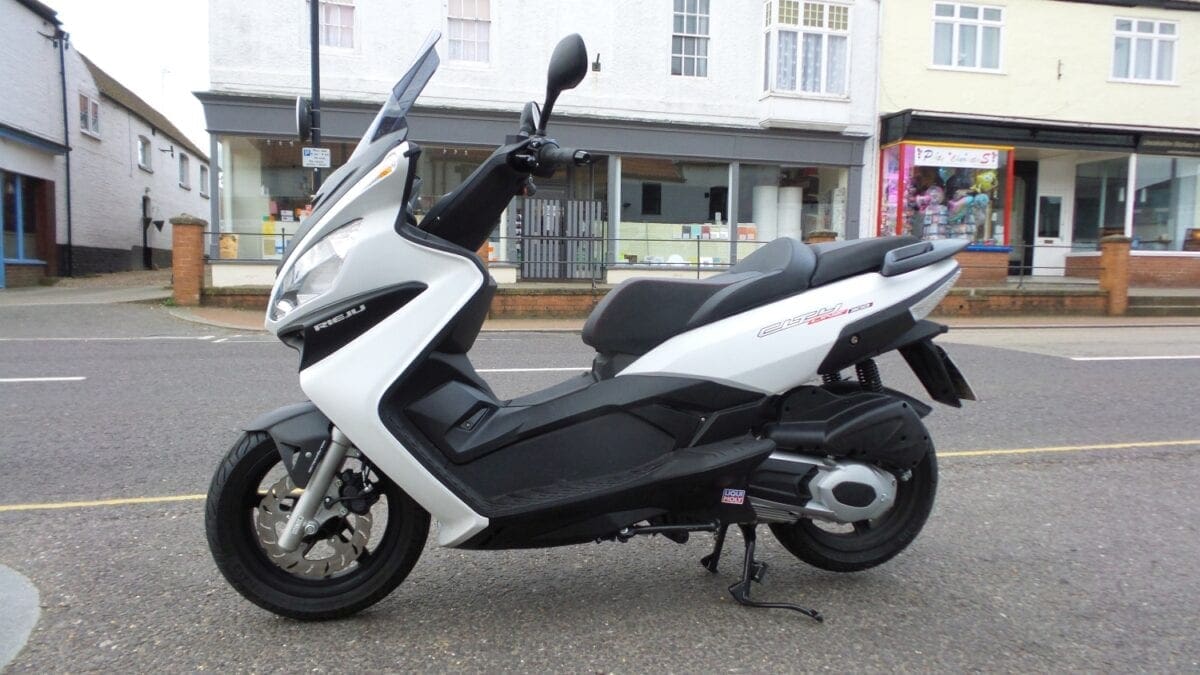 The Spanish venture into the 300cc scooter market

The world of 300cc scooters is crowded, so how will Rieju’s new City Line 300 fare? According to their publicity blurb, it targets the intercity and urban commuter traveller. To do that, there’s two options, a 125cc learner-legal model, and the 300cc version tested here – a good start for Rieju in offering two different rider level versions.

The City Line looks compact for a maxi scooter; don’t be deceived because on the open road it’s obvious the 300cc version has enough grunt to do the job intended. Weighing 170kg (dry) the bike has a good power-to-weight ratio, making it nimble and agile. In an urban environment, it handles well and responds to driver’s instructions with no complaints, making it easy to ride in traffic flow. On the open road, the engine provides the grunt expected from a mid-range scooter with enough power for quick overtakes, or cruising at national speed limits, with a little in reserve. The suspension soaked-up bumps on factory standard settings (adjustable if you want a softer/harder ride) and the wavey front/rear disk brakes provided ample stopping power. The seat and built-in lumbar support is comfortable and perhaps the only slight let-down was the mid-height screen with the wind buffeting my head.

The dashboard consists of three analogue dials plus a digital readout screen programmable with many permutations. Underseat storage is a little deceiving; only the seat’s front half opens revealing what Rieju claim is space for two jet helmets, but however hard I tried, I couldn’t get my Shark Evoline full face helmet in, so I’d recommend a topbox as being essential. 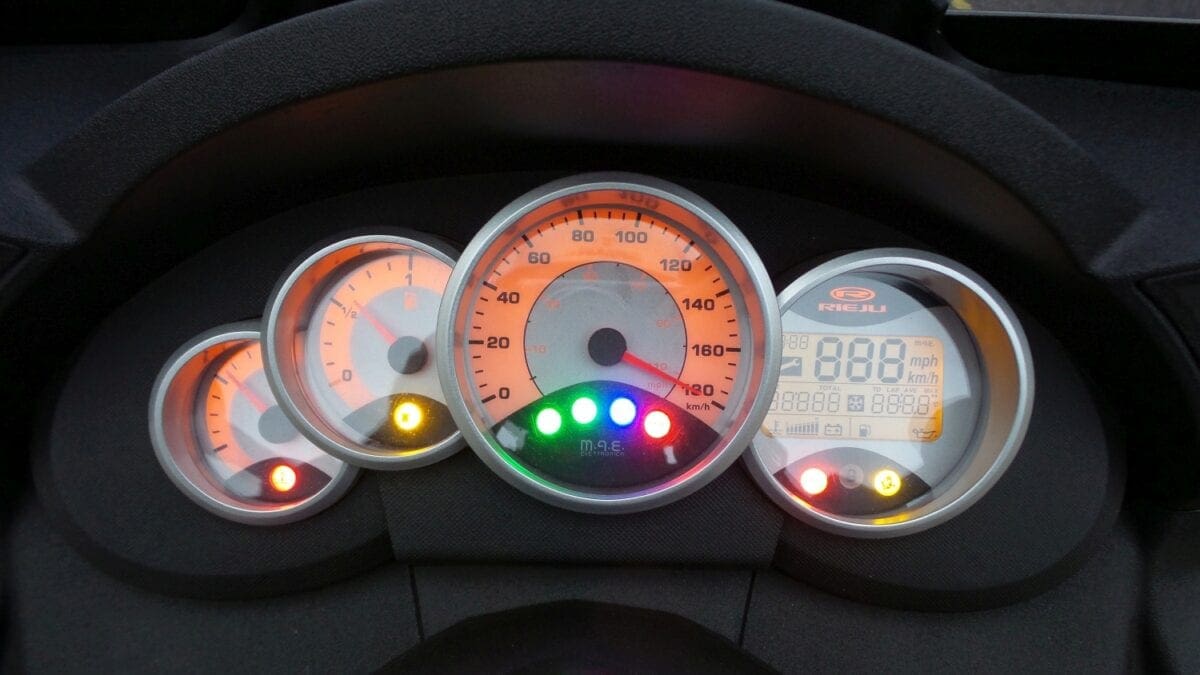 The City Line scores big time with its’ customising abilities straight from the factory with a claimed 15 working days delivery. So if you fancy a sports exhaust or suspension setup, or a bit of bling, it can be done via Rieju’s online configurator – a big selling point which makes an appealing purchase. 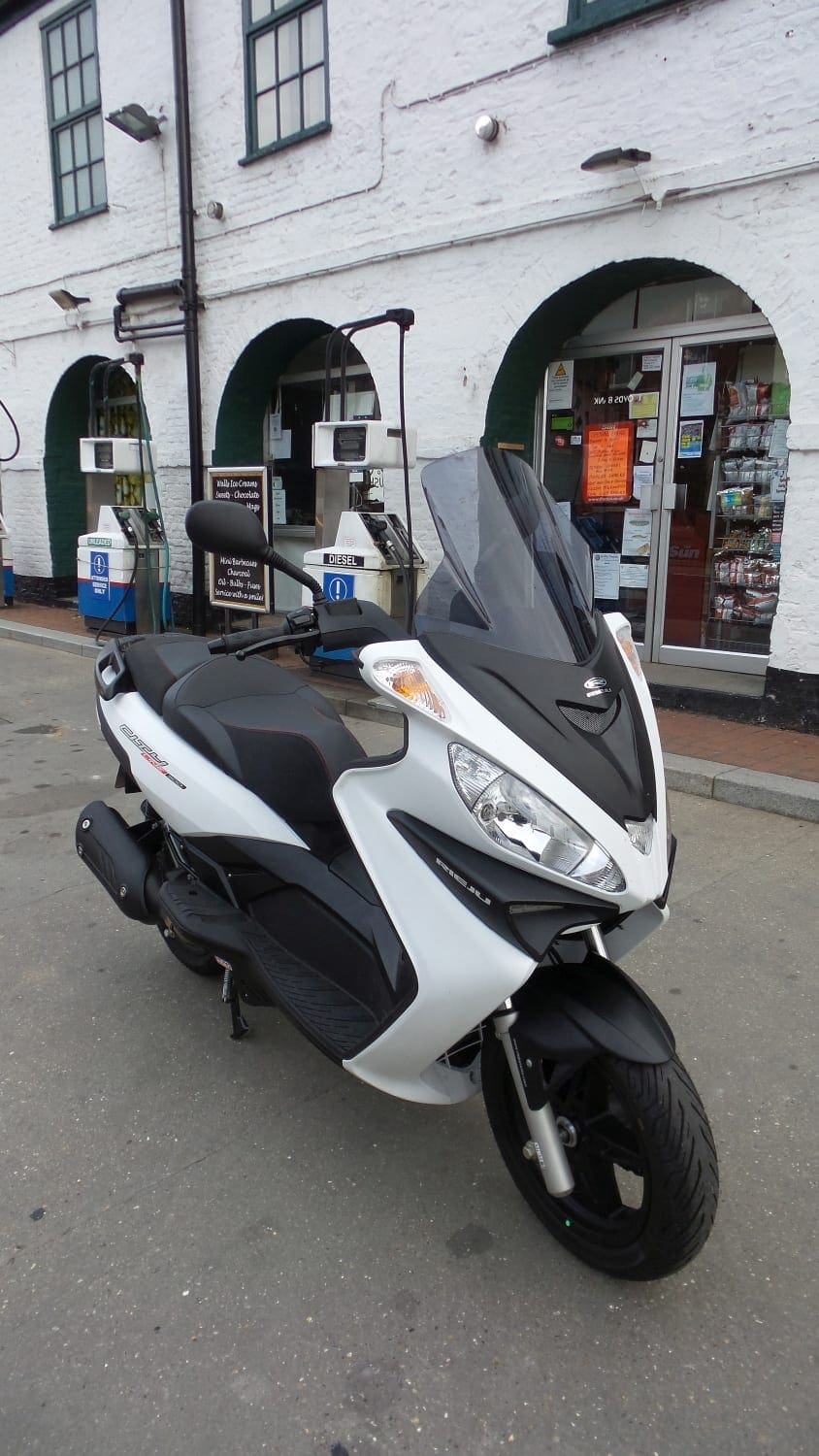 A good attempt from Rieju to enter the 300cc market