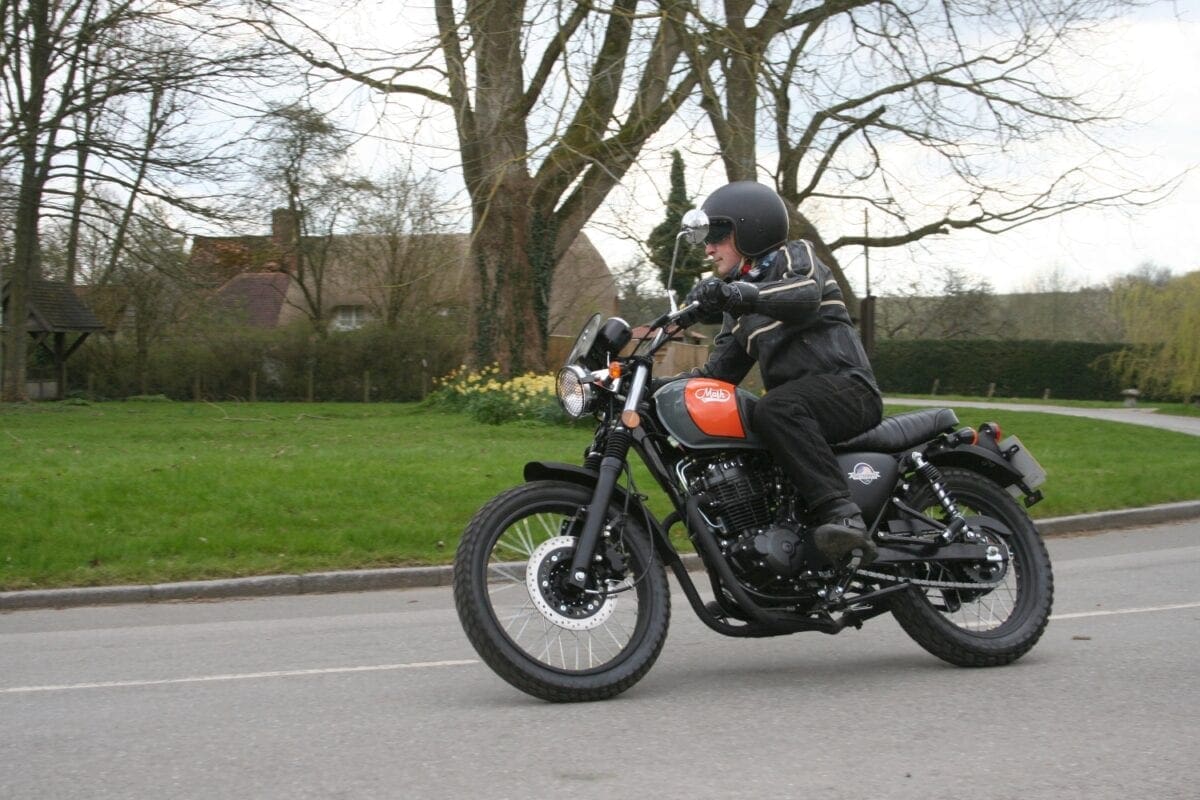 If you’re old enough to remember the early 1980s Honda XBR500, then the Mash Dirt Star will look vaguely familiar – or at least the engine will. It’s a downsized 400cc version of Honda’s four-valve air-cooled single, made by Shineray in China.

So this is a Chinese bike, but styled and overseen by the French brand Mash. They launched the basic roadster Road Star last year and the Dirt Scrambler is the latest variation on the theme.

With lots of matt or satin black (virtually everything apart from the tank) it all works well, giving a tougher image than the standard Road Star, though it really needs a high-level pipe to finish it off.

Mechanically, the Dirt Star is almost identical to the Road Star, which means the Honda-derived engine is in a soft state of tune, offering 29bhp at 7000rpm. It’s fuel-injected now, but still air-cooled, and the rest of the spec is determinedly retro, with a simple tubular steel frame, five-speed gearbox, front disc/rear drum brakes, non-adjustable forks and twin rear shocks.

There are a couple of changes over the Road Star, notably a square-section swing arm, beefier looking rear shocks and gaitered front forks. There’s no ABS, but presumably that’ll be fitted by the end of the year, in time for Euro 4. 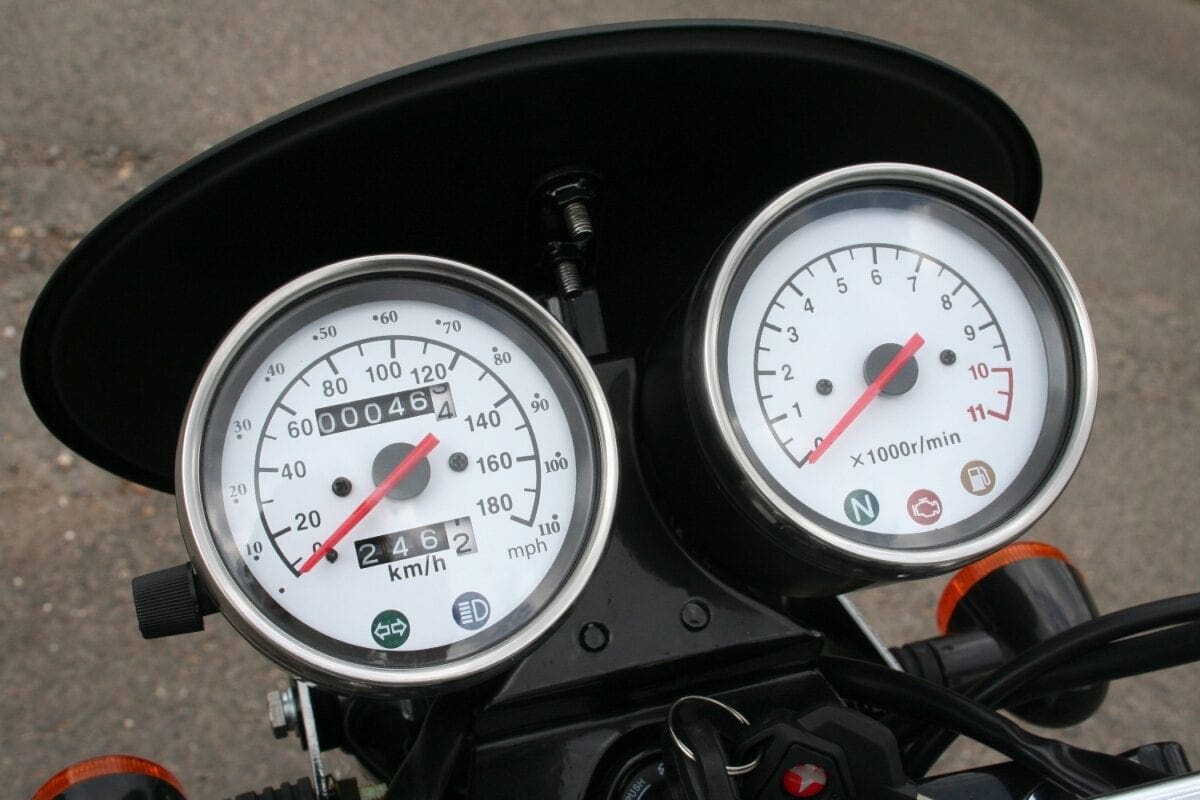 As you climb aboard the Dirt Star, it’s clear that this will be a relaxing ride. The seat is a low-ish 780mm and you sit upright, hands grasping the wide bars with a good view of what’s going on around you.

Mash likes to say that its 400s don’t compete with that king of retros, the Royal Enfield Bullet, which has its roots in the 1950s. And they’re right, because the Mash motor is a child of the 1980s, far revvier, power peaking at 7000rpm with an ignition cut-out at 8500rpm. Truth be told, I never got that far with the test bike, which had only 30 miles on the clock, but experience with the mechanically identical Road Star suggests more performance than 29bhp might suggest, certainly enough for A and B road fun. Buzzy vibes do come in over 5000rpm, but the Dirt Star will happily sit at 65-70mph, with plenty in hand, though the upright riding position gets a bit blowy at anything over the legal limit.

Really, the Dirt Star is better suited to back roads, and in fact the motor is quite flexible, pulling with less than 3000rpm showing. It handles well too, as the wide bars enable you to tip it into corners with a tiny nudge, and the semi-knobblies hang on well, at least in the dry. It’s a slim and lightweight bike, which helps. The basic suspension doesn’t suffer from having no front end adjustment, and the rear shocks do have pre-load, which will need winding-up if you want to take a pillion. Both brakes felt a bit wooden, but I’d put that down to the test bike’s low mileage – the Road Star I tried last year had fine brakes. 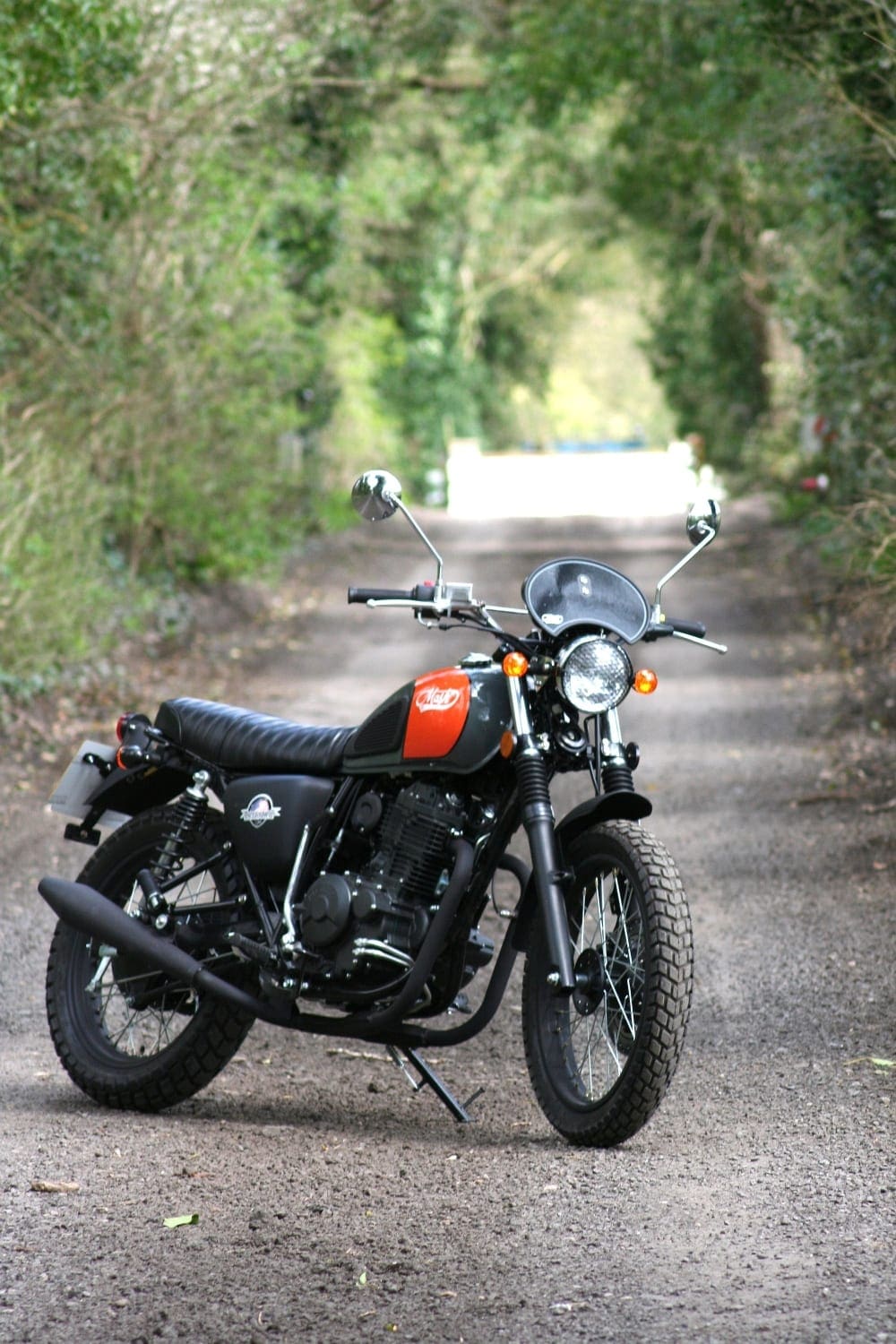