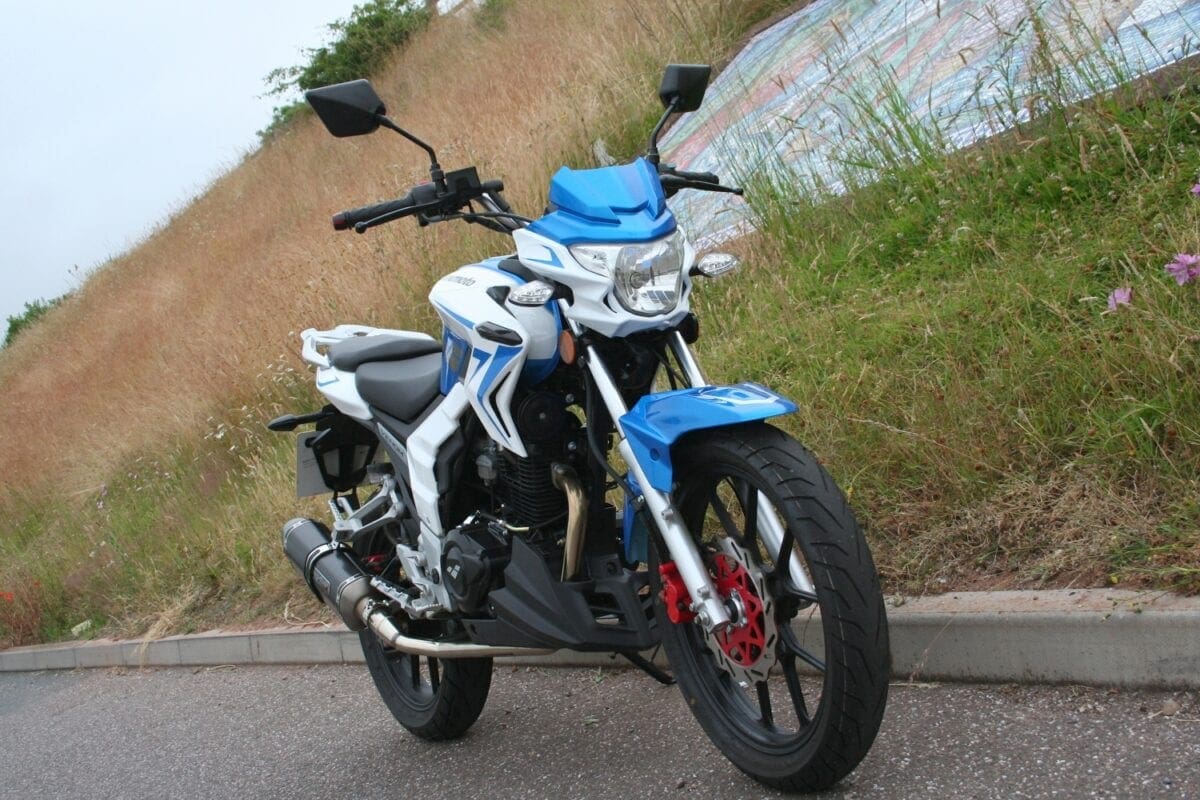 This 125 is unique – you can download music onto it…

Every car has a sound system, and even some big touring motorcycles have a means of hearing music on the move. The Lexmoto Venom is the only 125 you can buy with a built-in MP3.

The Venom is flashy with a big ‘F.’ Big front mudguard, tank extensions and XXL sidepanels are all there to make what is a basic 125 look much bigger than it really is. In the standard blue/white colour scheme, it succeeds, with a hint of Suzuki GSR about it. Alloy wheels and red brake detailing complete the package.

The Venom has slightly more power than some of its budget 125 rivals, claiming 11bhp from the air-cooled carb-fed single. It’s based on an old Honda design, with a balance shaft. Everything else is standard issue for a geared 125, and being at the sporty end of the spectrum, you get a rear disc brake and a single rear shock.

You sit high (it almost feels like a Supermoto), though the seat height allowed me (30-inch legs) to reach the ground easily. It’s a perky little bike, as long as you use the gear; according to the digital rev counter, it’ll zip up to 11,000rpm (probably optimistic) in the lower ratios. That means it’s easy to slip to the front of traffic light queues and get safely away when the lights go green. Vibes thrum through the seat and bars at high revs (odd, given the motor’s balance shaft) but I can’t imagine typical Venom buyers being bothered about that. What they will like is an information-packed dash; alongside the big analogue speedo is a digital rev counter, fuel gauge, clock gear indicator (I’ve probably missed something out, but being packed into a small place they aren’t easy to read at a glance). The dash’s party trick comes when exceeding 55mph – the cool blue backlight turns red and starts flashing at you! Absolutely true.

Customer bikes won’t start flashing until 65mph – just as well, because the Venom will cruise at an indicated 60-65 and is flat-out at 68. A flashing red speedo is the last thing you want on a dark night – talk about distracting…

The brakes are powerful and progressive, though the Venom you can actually buy won’t have red calipers. CST Magsport tyres seemed grippy enough and nothing touched down on the twistier roads, though with the rain coming down in sheets, I can’t pretend I explored the outer envelope…

The sound system is not actually a gimmick, audible up to 40-45mph while wearing a full-face lid. Download your sounds via a USB port or MicroSD card – there’s not many 125s you can say that about… 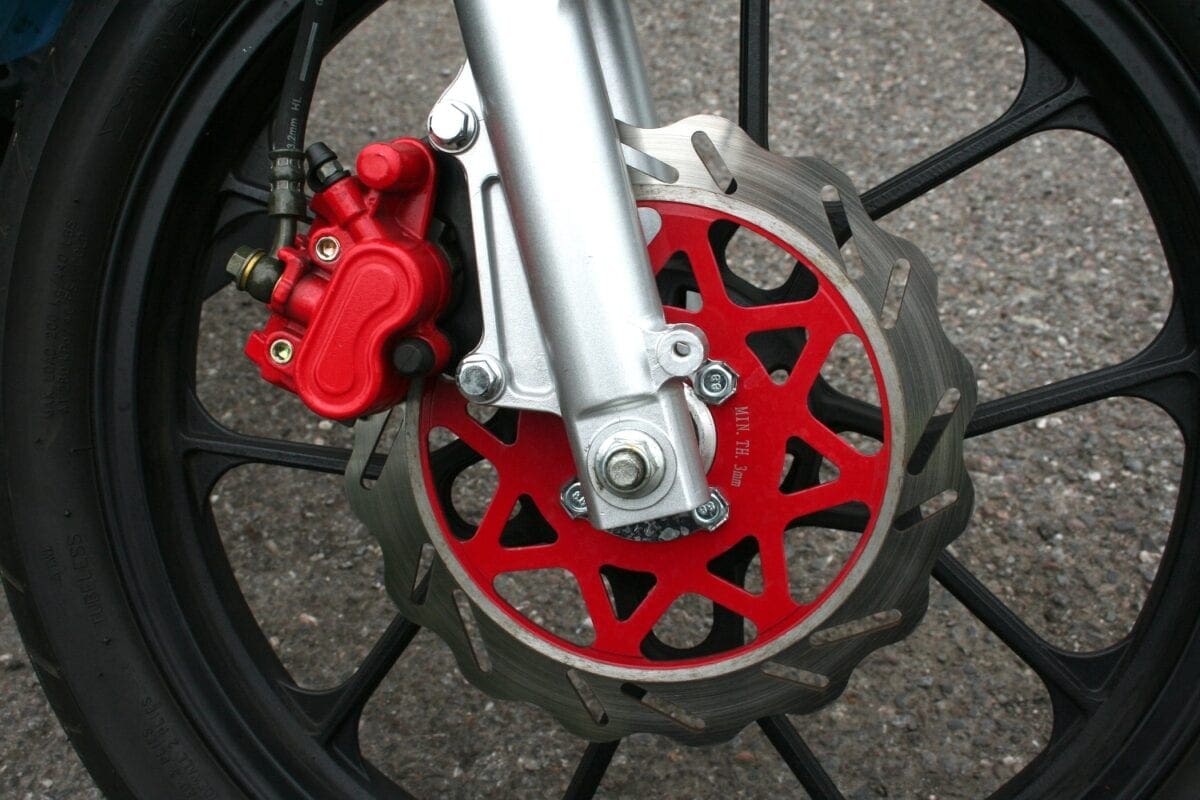 Customer bikes won’t have red calipers, so the brakes won’t be as powerful. Obviously

Flashy, sporty 125, with on-bike entertainment as the USP – subtle it’s not!