Cruiser 125 with aspirations to be something else…

Not so long ago, budget 125s came in two styles – a basic roadster and a ‘custom,’ the latter marked by high bars, extra chrome and (if you were lucky) a stepped seat. Now there’s more choice, and virtually any big bike style is available as a wannabee 125. In the case of the Lexmoto Oregon, it’s sports cruisers. 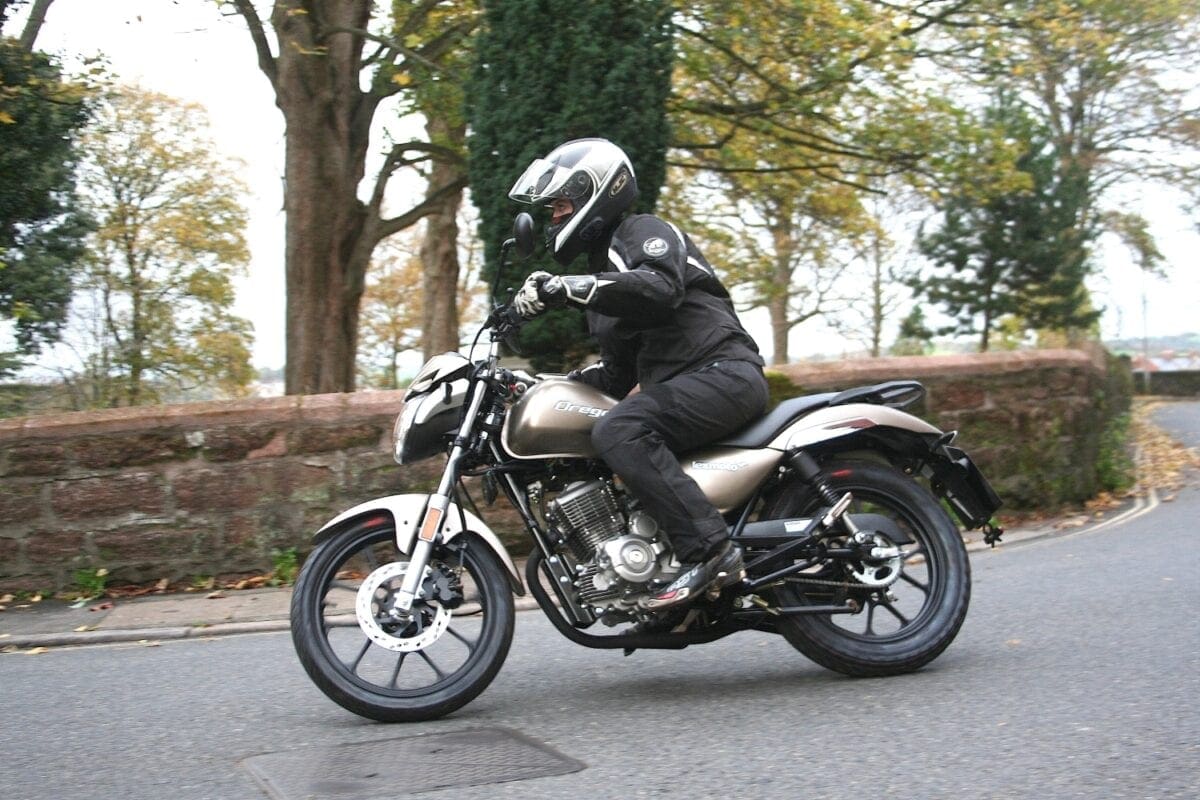 Don’t believe me?  Look at the wide tank, droopy headlight and faired in rear light. Racing stripes seal the deal and there’s minimal chrome; the paintwork is a sort of metallic beige (sounds awful, but actually looks OK). In fact, looking at the rear three-quarters, I’d say the Oregon stylists had an image of the Ducati Diavel as their screensaver. Incidentally, if you don’t agree with this, the T&G letters page awaits. 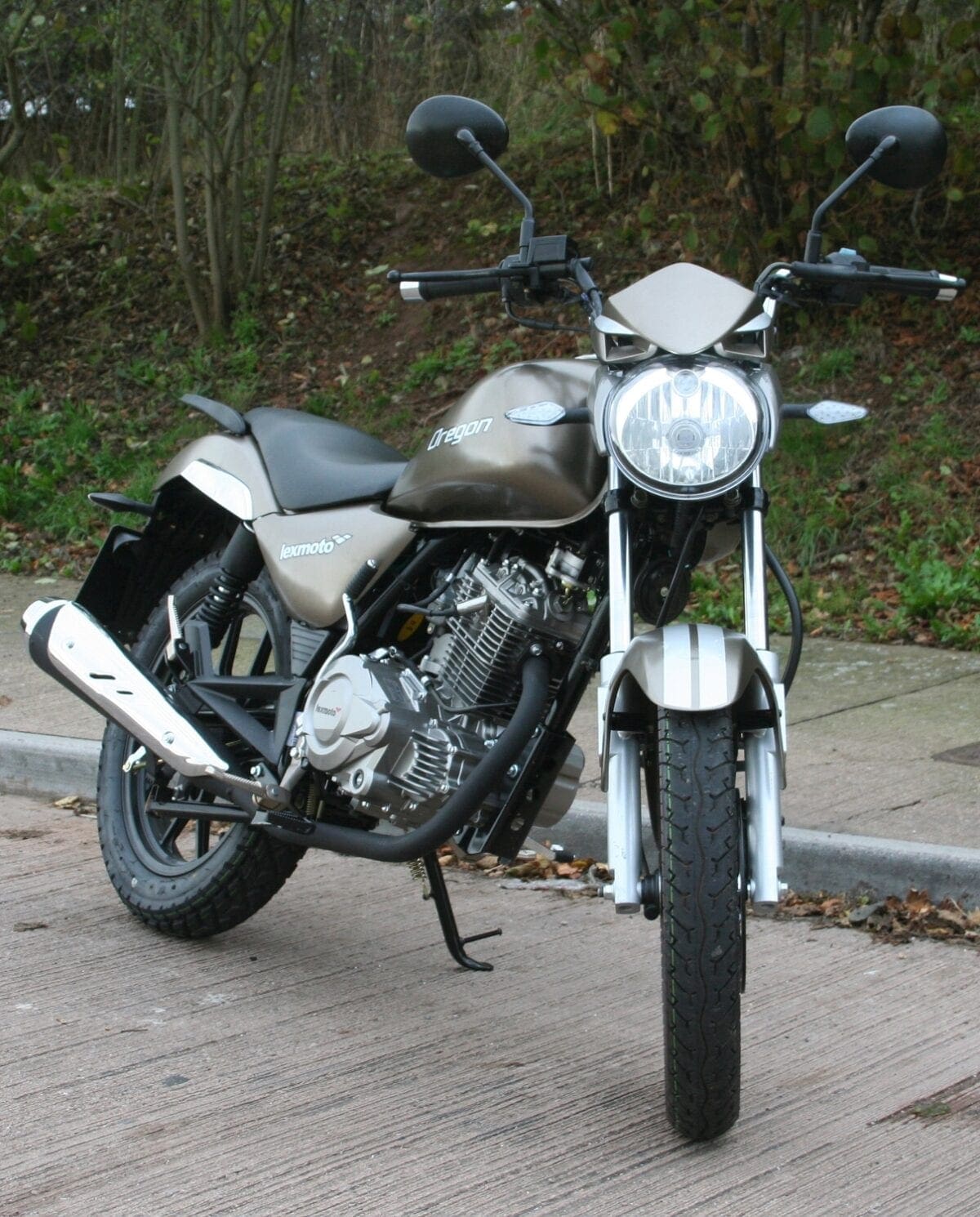 The Oregon is a bog-standard geared 125 which actually uses the same chassis as the very different-looking Assault featured in our last issue. That means an SOHC motor with balance shaft, conventional twin rear shock frame, decent quality switchgear, plus front disc, rear drum brakes. You get a helmet lock, but no underseat space and the steering lock is awkward to use, tucked away old-school style in the steering head itself. But if you like LEDs, you’ll like the Oregon, which uses them for the pilot light, running light, rear/brake light and indicators. 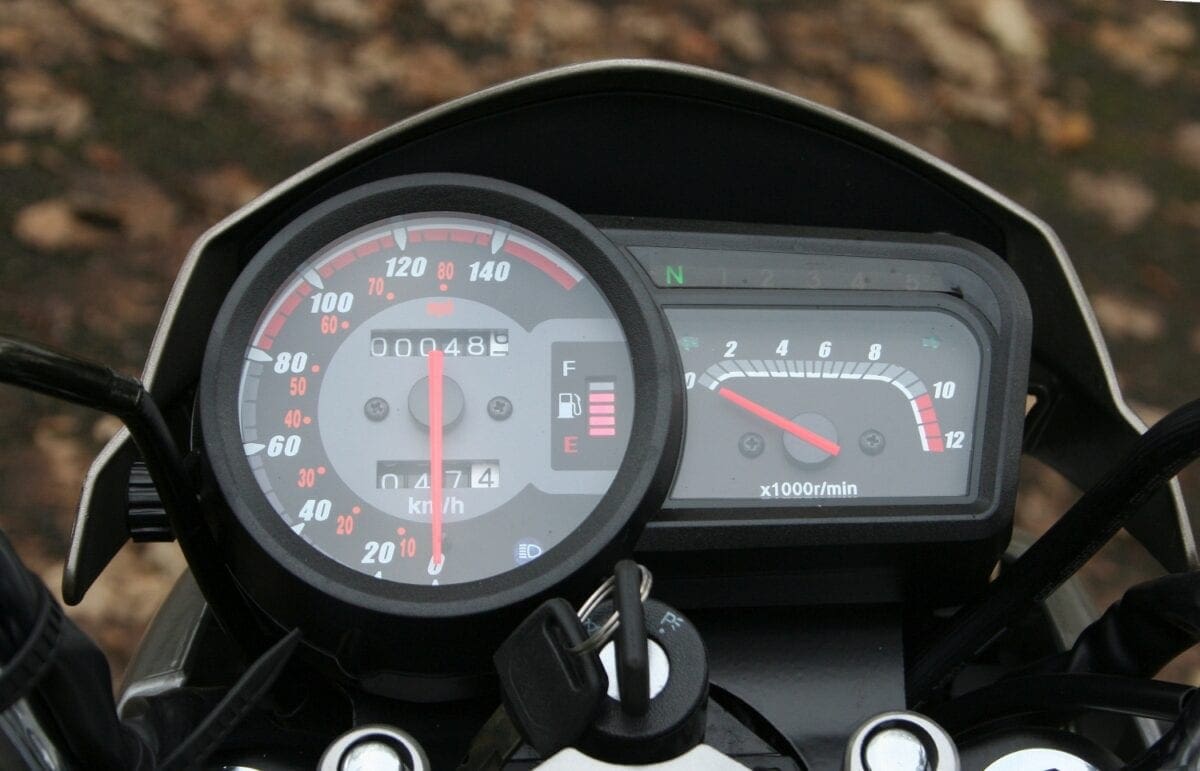 If we ever get nostalgic about carbs and manual chokes, then 125s like this could one day be collectors’ items (maybe…) because they will be the last new motorcycles so equipped. From next January, all new 125s will need fuel injection and a linked braking system (or ABS) to be road-legal in the EU. But for the time being, the Oregon asks that you pull the choke on yourself, and learn to ease it back once the motor has warmed up.

Choke or not, the little 125 is very quiet and tractable as well, able to trickle down to 20mph in fifth gear then pull away, though not very fast. Use the gears, and it’s quick enough to keep up with urban traffic. Geared 125s often aren’t as quick as a good auto up to 30mph-or-so, but this one accelerates well up to 45-50mph, then winds up more slowly to an indicated 65-70mph. That’s probably not much over 60mph flat out, but it’s good enough for a budget 125.

The mirrors blur over 50mph, but the riding position is pretty comfy and you’re not hanging on into the teeth of a gale at higher speeds. The Oregon handles well too, on its 17-inch Cheng Shins, with wide-ish bars for light steering. The forks are non-adjustable on a 125 of this price, but are reasonably well damped, and the twin shocks’ pre-load can be tweaked for those pillion moments. As for the brakes, the front disc is pretty good and the rear drum weak – I’m wondering whether drum brakes will survive into the 2017 linked systems era.

It might try and look bigger than it really is, but the Oregon is still quite unintimidating to hop on and ride. The seat is good and low, the switchgear works well and you get a little instrument pack including a rev counter as well as the speedo and fuel gauge. Black alloy wheels, black rack, pipe and silencer all set it off well.