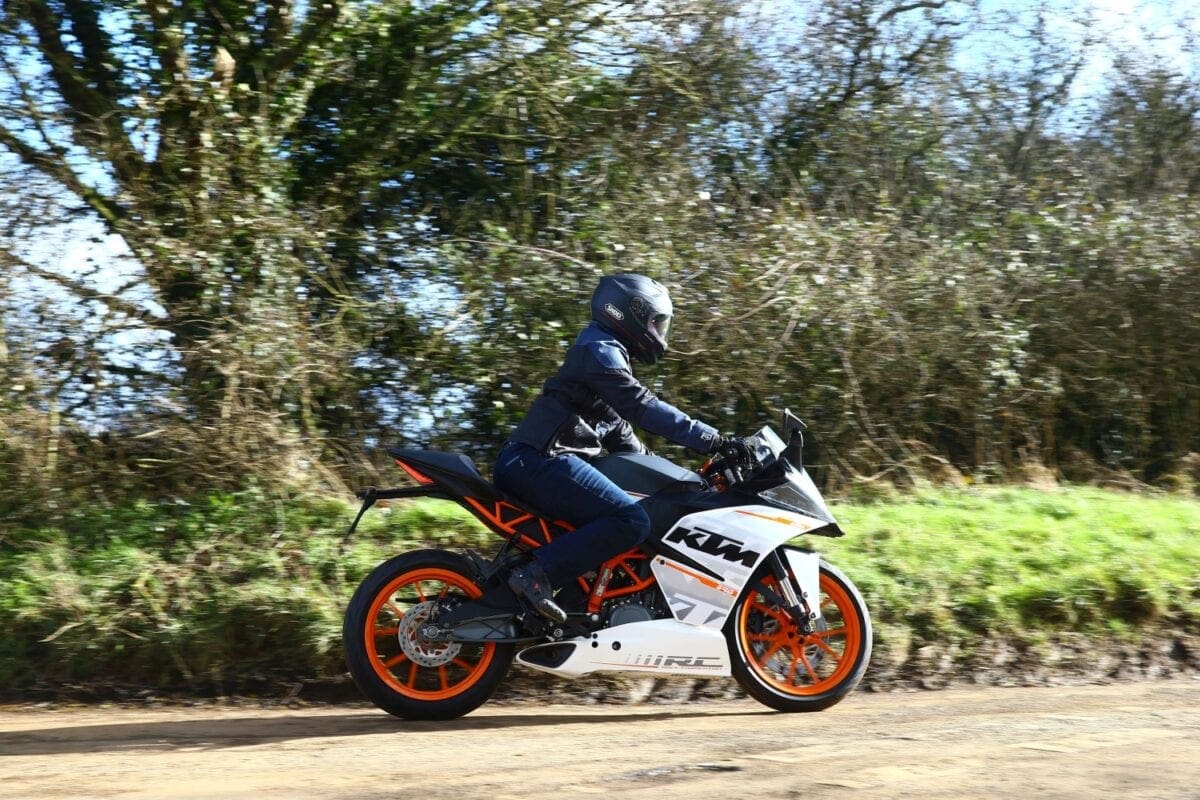 When riders think of sports bike, they think about uncomfortable 200bhp machines that are more at home on a race track than the road – and you have to wear one-piece leathers to ride one – well, you don’t, not with this one anyway. KTM’s new RC390 has got all the fun of a sports bike – as well as the sexy styling – but has a friendly engine and importantly, you don’t have to have the throttle wide open to have fun.

The RC uses the same engine has the 390 Duke – a four-stroke, water-cooled 373.2cc single cylinder – which produces 44bhp, helpfully making it A2 compliant. There’s plenty of grunt when you want it and you’re never left lacking when you roll on, even when overtaking. 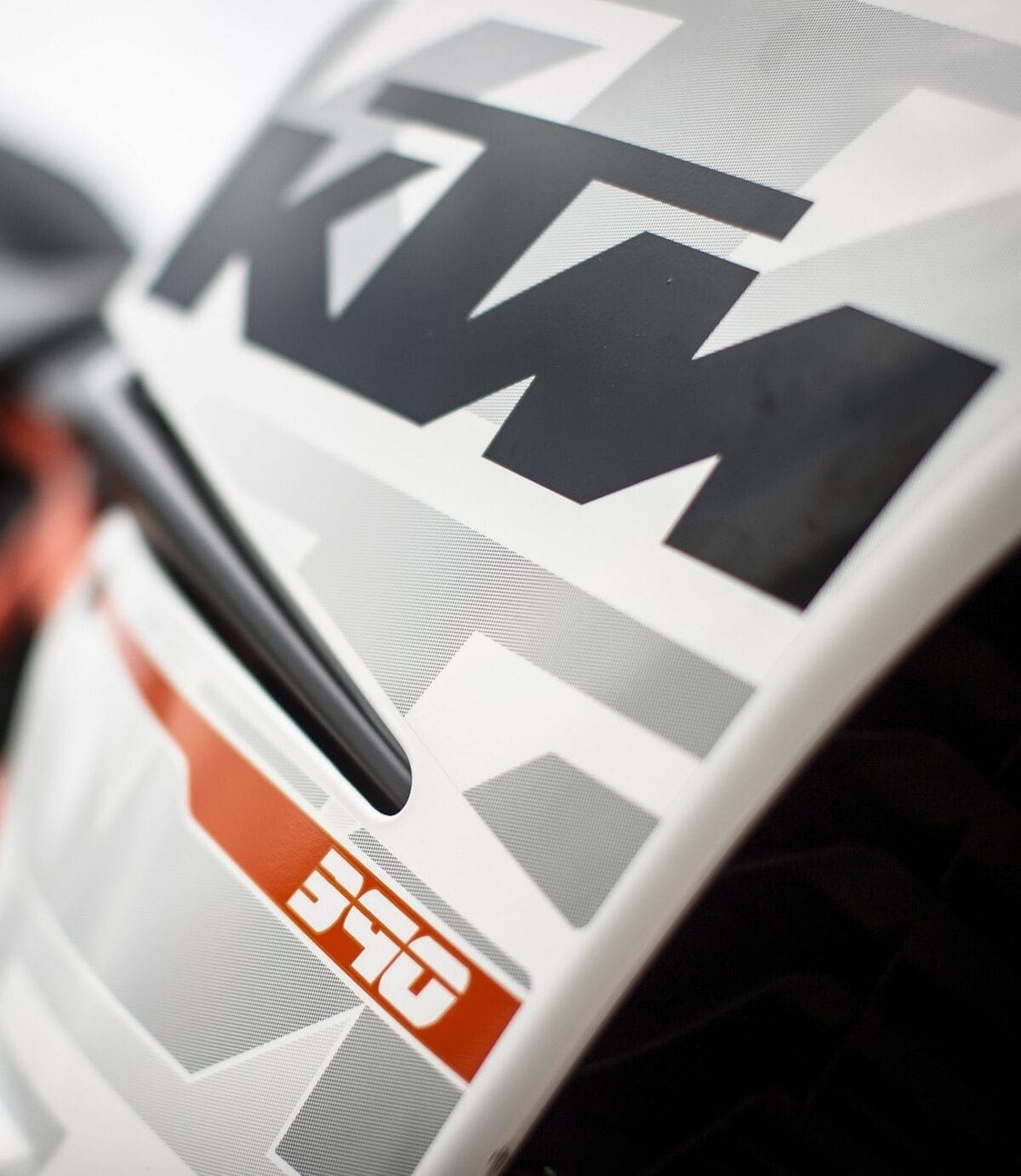 Often, singles can suffer from vibes at higher revs but the engine balancer shaft helps the ride stay smooth.
Just like other smaller-capacity KTM’s, the RC is made in India by Bajaj – which keeps the price competitive at £4998 – in comparison to its closest rivals anyway, such as the Kawasaki Ninja 300 priced at £5199 with ABS and Yamaha YZF-3 at £4799.

Of course, it has the KTM tradition of tubular steel frame which is painted orange so you can’t miss it. As on the RC125, KTM has tried to keep the ‘race’ look and as a result there are clever styling touches such as integrated blinkers on the rear view mirrors and a thin back end with the brake light tucked neatly away underneath.
That not where the styling touches stop – to further emphasis this ‘race’ bike feel, the dual-seat has artfully  been disguised as a solo seat. To the touch, it’s soft and squishy – making a great place for your pillions derriere – trust me, I got someone to take me pillion on it to try it out. 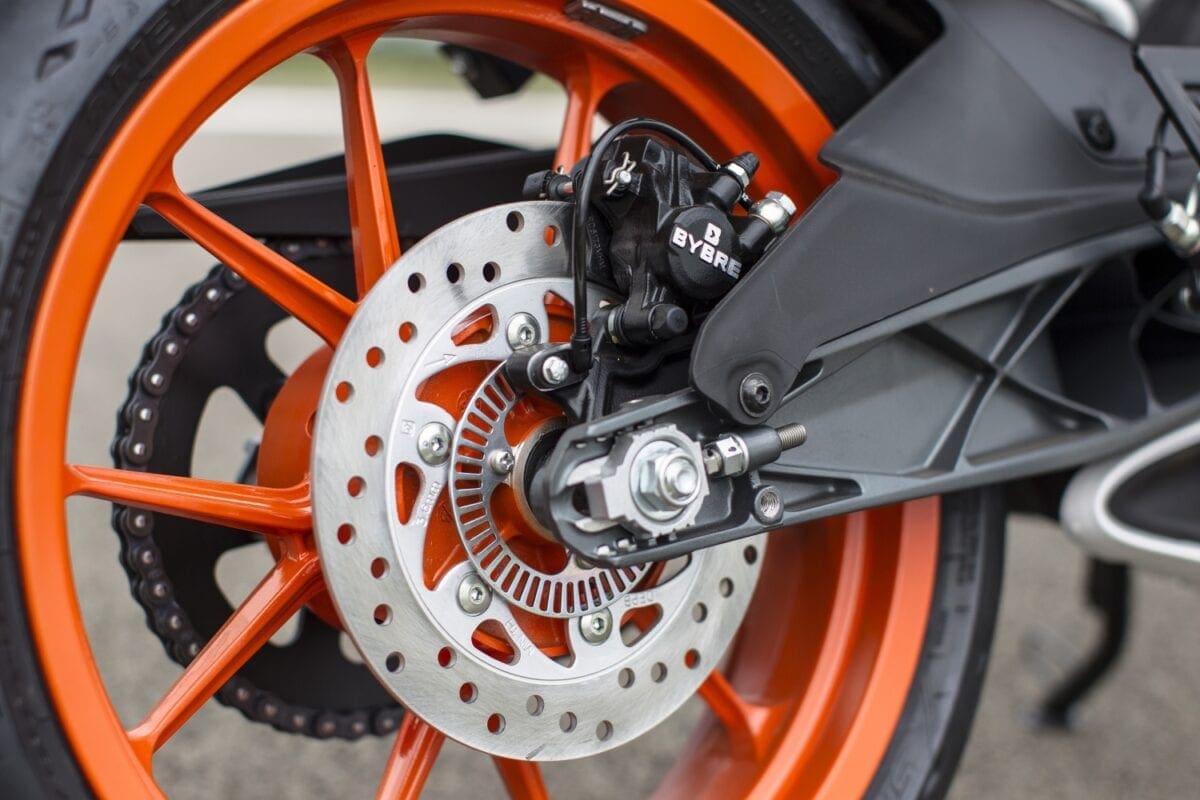 In comparison to the Duke, it has a steeper steering geometry for agile handling associated with sportier machines.  The telescopic USD forks on the front and the single rear shock do a great job of taking care of the suspension and there are disc brakes on the front and rear for strong stopping power.

On paper, it looks like the seat height is relatively high – 820mm – especially when you’re 5ft 6” like me, but because of the narrow design, it’s still easy to get your feet down.

It’s got a 10 litre fuel tank and I got a whopping average of 63mpg after riding in a variety of conditions and on different surfaces.

I’ve done thousands of miles on the KTM 390 Duke and despite having the same engine at the heart of the machine, the RC feels so different, it urges you to play more.  The sporty riding position might not be for everyone but I love it – yes, it puts more weight on your wrists because of the lower handlebars and because of the footrests being set back you’re leant forwards, but it is great fun and you have a real feeling of control over the machine and feel on the front end. The well-stocked dash allows you to make the most of the engine – muted and controlled with lower end power, but get it up to 4-5000rpm and that’s when you really start to play. It’s a friendly bike but lively when you want it to be, making it a nice option for more experienced riders as well as those starting their two-wheeled career. You can easily sit at the national speed limit and hold your own on motorways with more to offer if you want to use it.

The mirrors are stylish and sleek but are a little bit too narrow for my liking. I wouldn’t say I had broad shoulders but I have to move my elbows to get a proper view of the road behind which is a shame. There’s plenty of room on the seat and depending on the length of your legs and arms you can shuffle backwards or forwards to find the best position for you. Admittedly, I did find the seat a little bit hard but there is an ‘Ergo’ seat available as an optional extra which makes the seat 20mm higher and provides some extra padding – it’s priced at £ 116.36 and is easy to fit yourself.

The dash is well stocked and has more than enough info on there to keep you well informed – average fuel consumption, time, fuel gauge, engine temperature, rev counter, speed and importantly how many miles you have left in the tank – I say importantly, because you won’t want to stop… 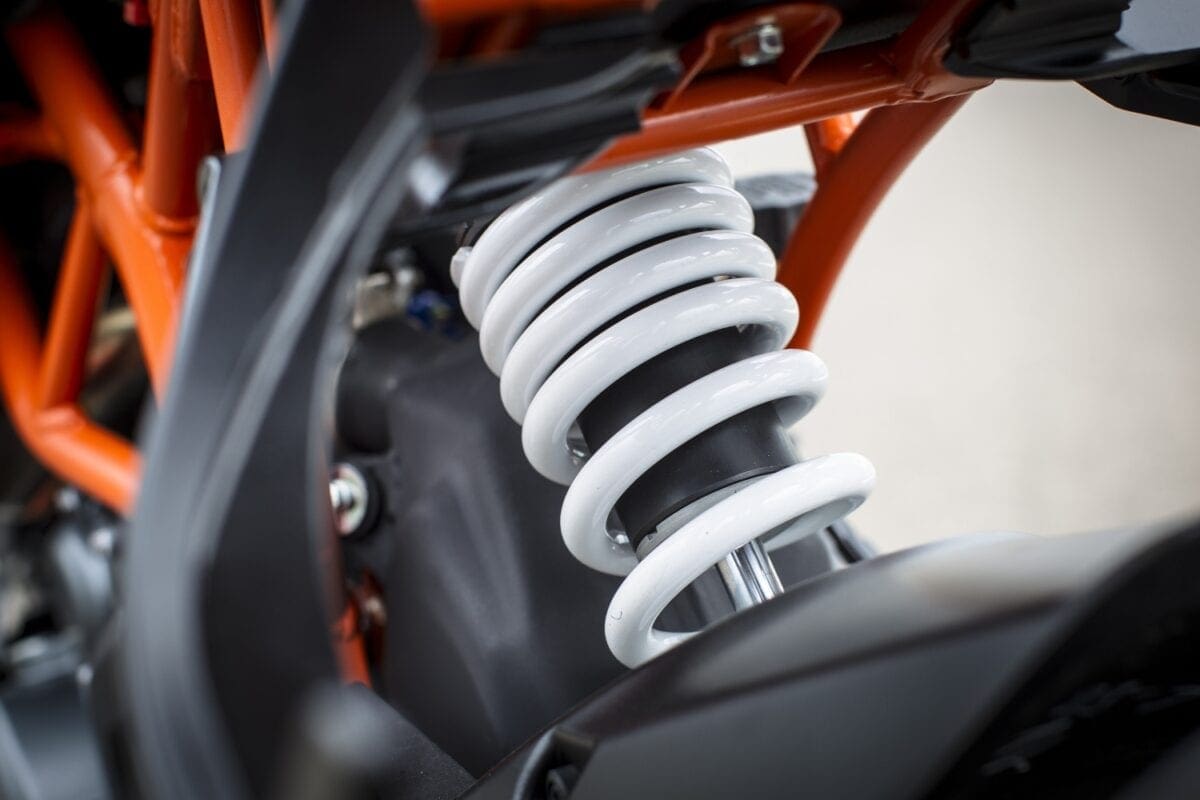 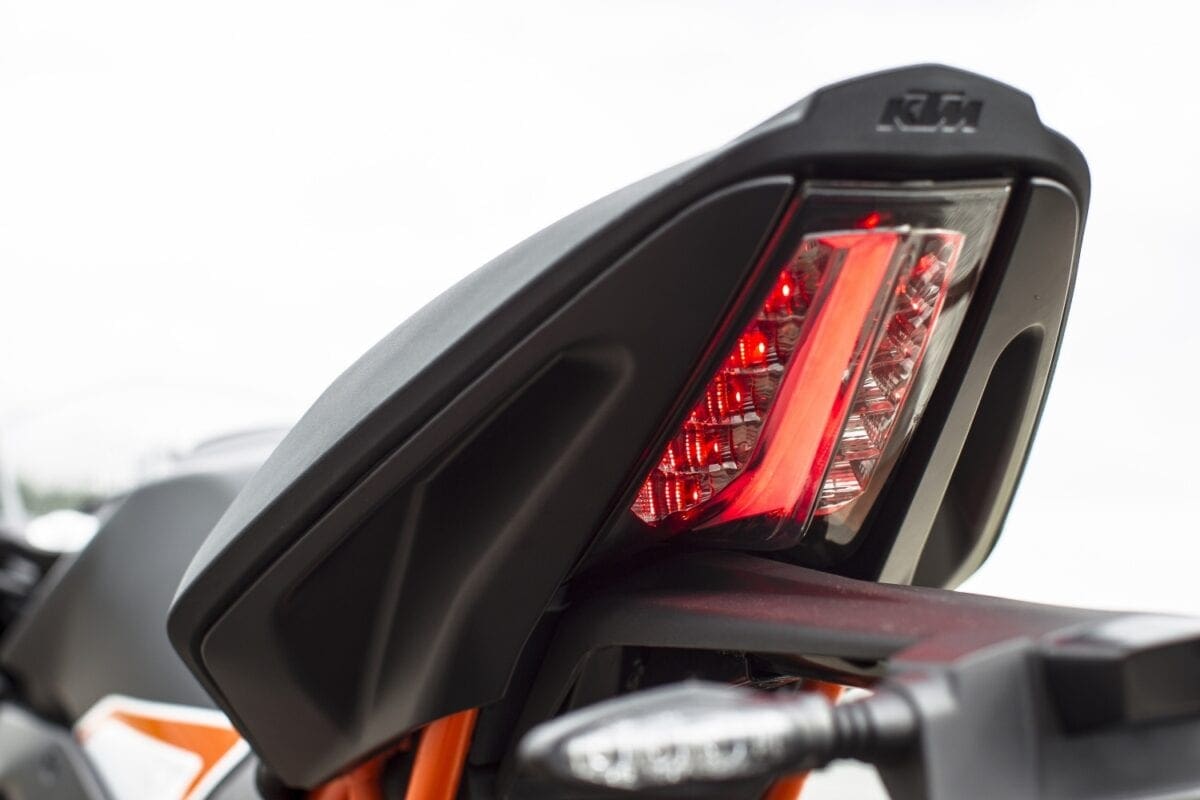