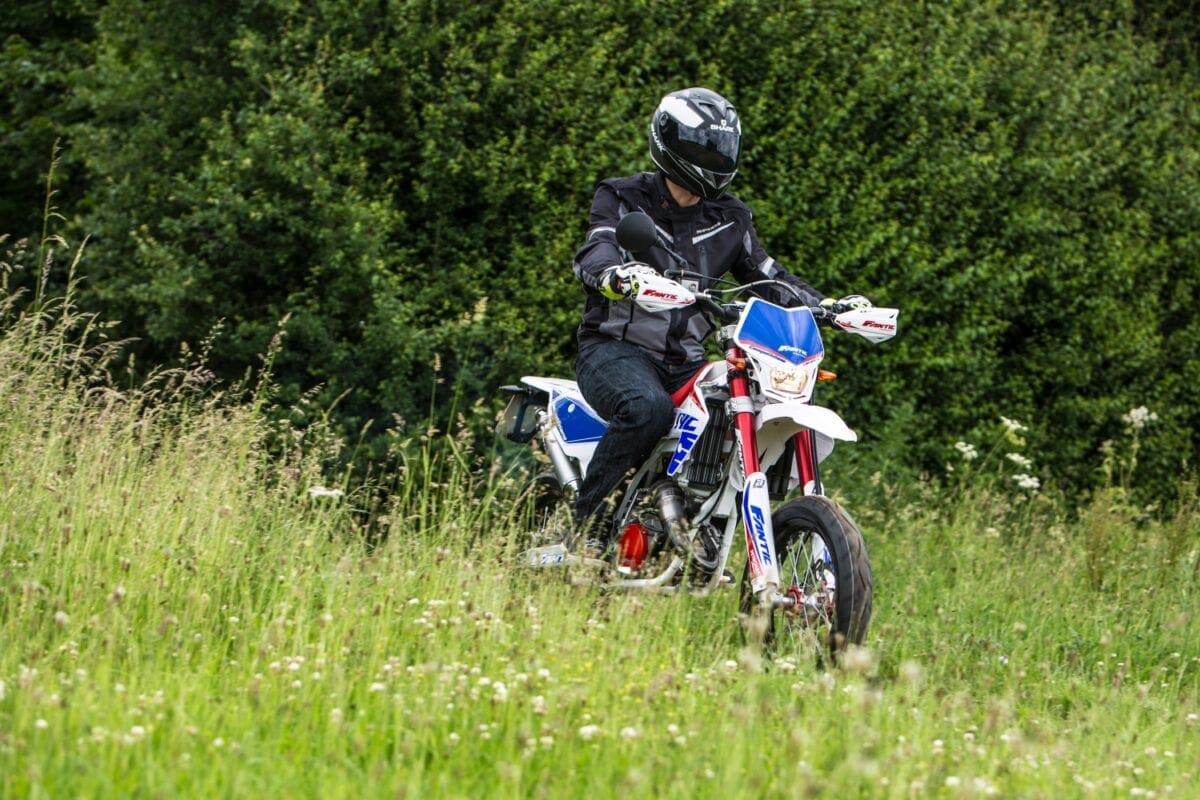 This is not the easiest 50cc bike to ride – but it’s probably the most fun!

The Fantic 50 MR Competition is a bike of extremes. It’s the most demanding 50cc bike I’ve ever ridden, with all the power right at the top of the rev range, forcing you to wind it up fully for the best performance. At the same time, it’s the most fun moped I’ve ever been on, with a top speed of 50mph on the unrestricted version tested – great suspension and brakes, and that lovely two-stroke sound.

This Motard-style bike is as stylish as they come. The big spoked wheels, hand-crafted exhaust pipe, huge suspension travel and high-quality components such as Tommaselli bars, draw the eye.

The bike is super-light at 82kg, thanks to the small chrome-molybdenum frame and spoked wheels. It looks substantial though. The seat is at a lofty 790mm and although the suspension contracts as you sit on it, this is still a very tall moped.

The digital speedo is easy to read with speed indicated by large numbers. Unlike many mopeds, this one is capable of breaking speed limits, so the speedo is an important tool for the rider. The 49.9cc, single-cylinder, two-stroke engine has more poke than many 125cc bikes. The top speed seen on the speedo was a steady 50 mph on the flat. A lighter rider would probably go even faster than that.

There’s plenty of power, but because its right at the top end of the rev range, you have to keep the revs up to have the power at your disposal. But that’s not a problem with a 50cc bike where you are pretty much flat-out most of the time anyway.

Getting the engine started requires mastering the kick-start and manual choke, which can take a little while, but adds to the rugged and simplistic design. 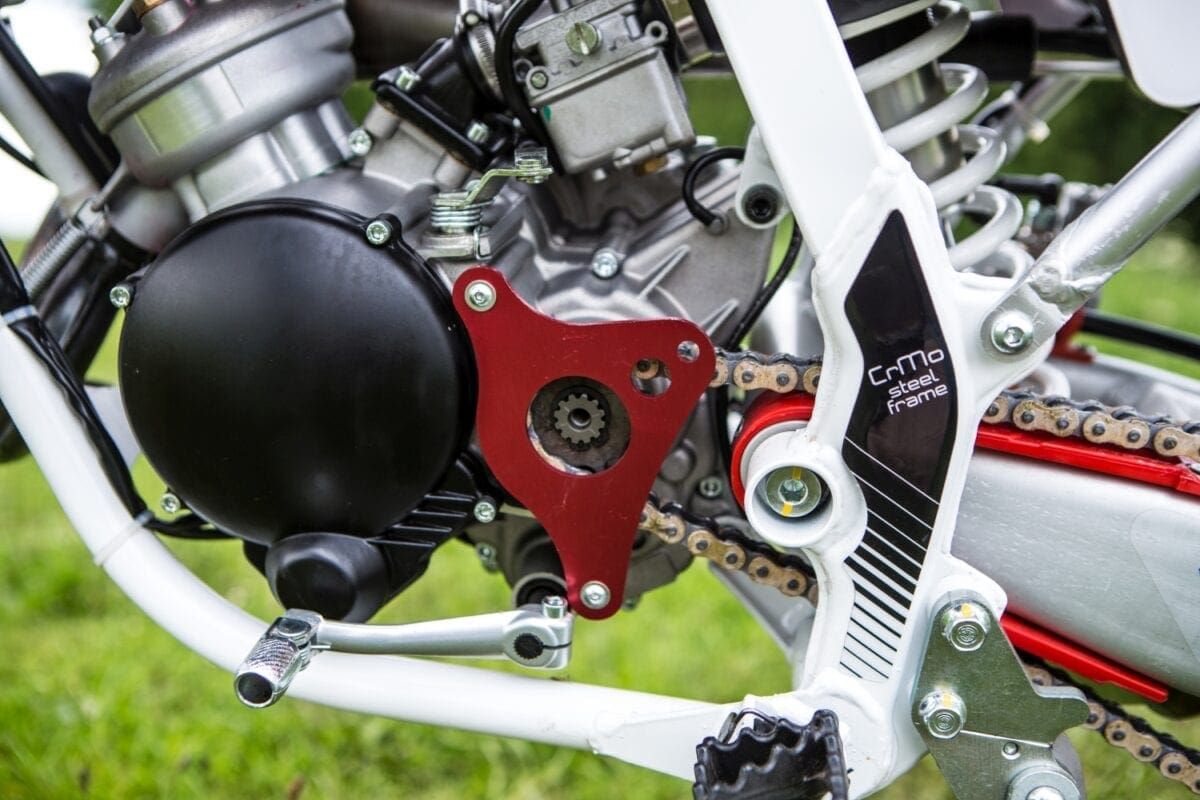 You can’t really describe a ride on the Fantic as a comfortable one with its hard and narrow seat, but it’s certainly fun! With the power and speed on offer, this is a great moped to take away from the town and explore some faster roads.

The seat height will be slightly restrictive to some riders (my 31-inch legs were just about long enough), but once you’re on the bike the riding position is pleasant.

The gearbox is super-smooth for such a small bike. All the gears slot into place nicely, although neutral is difficult to find at times.

The suspension is fairly firm and you always feel in control, despite the small frame and the lightness of the bike. The disk brakes are good too, and although there’s no ABS, they didn’t lock very easily and I had to really slam the rear brake on to get a skid on tarmac. That’s not because the brakes weren’t doing their job, but because there’s plenty of grip in the tyres. 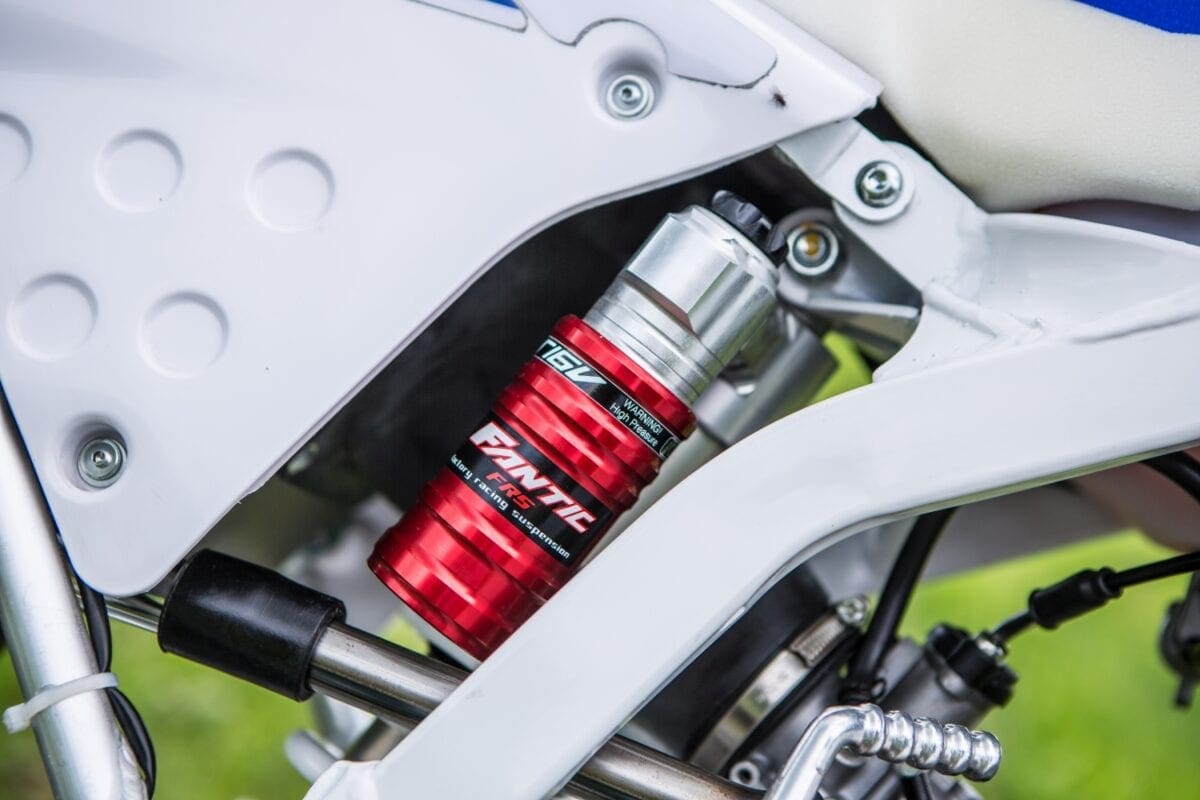