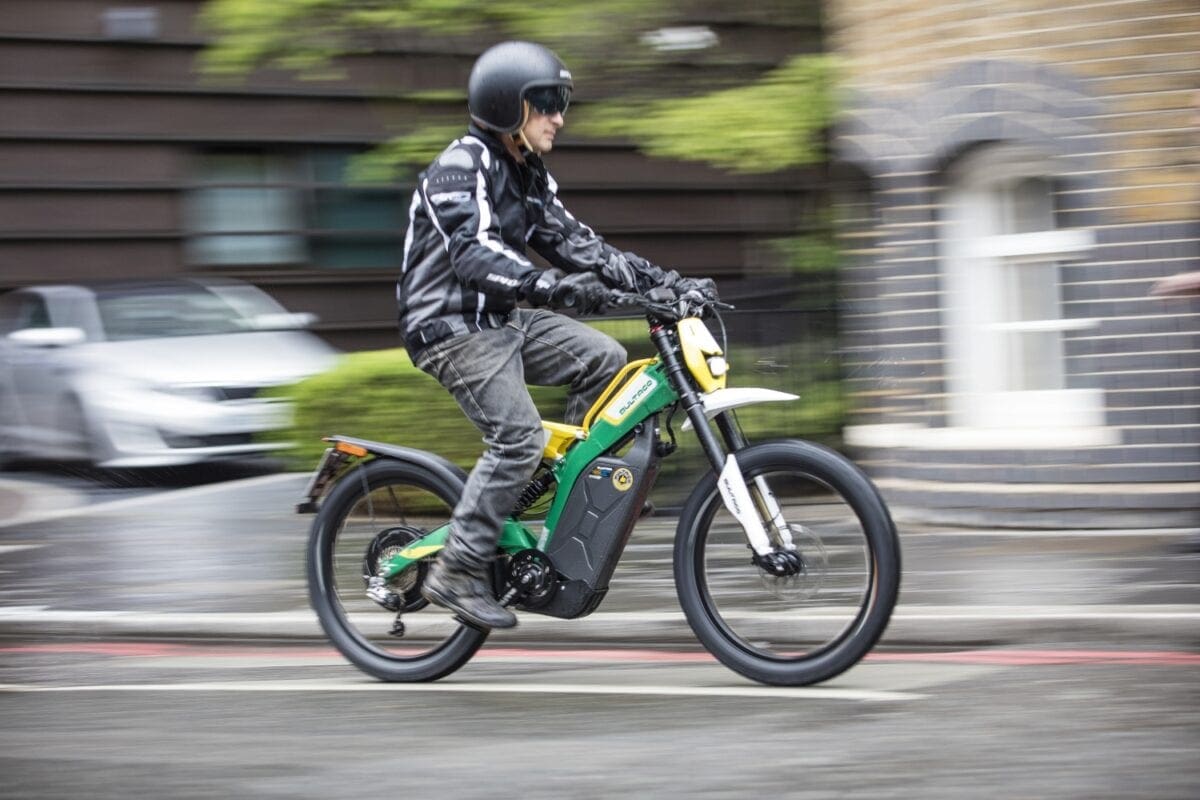 It’s got pedals, but it’s not a pedelec; although the Bultaco Brinco is restricted to 28mph, it’s got a lot more oomph than any 50cc moped. “Forget the distinction between motorcycle and bicycle” says Bultaco Marketing Manager, Alessandro, “just ride it. Really, this is a whole new market sector.”

And he’s right; the Brinco is a strange blend of pedal and electric power; a sort of electric mountain bike on steroids. But although the pedals are real enough, this is classed as a moped, so you’ll need a licence and insurance to ride one – as it’s electric, VED is free.

It’s two years since Bultaco, Spanish maker of two-stroke trial and Enduro bikes in the 1970s, was relaunched, promising a range of electric motorcycles. The off-road Brinco R was launched last year, capable of 40mph, but not road legal; since then 1000 have been sold, over 100 of them in the UK. 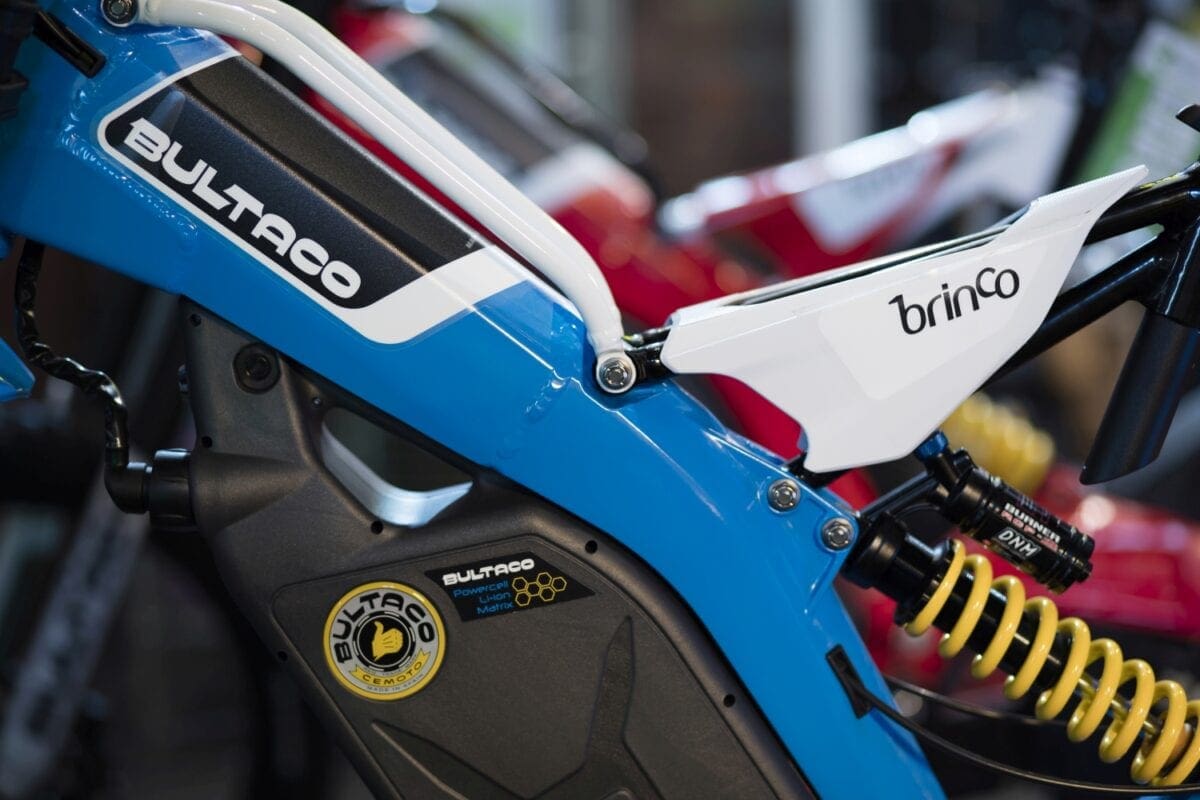 Now it’s joined by three more models, all of with lights, horn, number-plate bracket and everything else to make them road-legal mopeds:

The R-E (road-legal version of the R);

The S (same spec as the C, but with narrower road tyres).

All three are offered in low and high speed forms. The 28mph version is classed as a moped, while its’ slower brother tops out at 15.5mph, which means it qualifies as a pedelec (electric bicycle), so needs no insurance, licence, tax, MOT or compulsory helmet. You can also ride this version at 14, and Bultaco says they can be derestricted by the dealer. 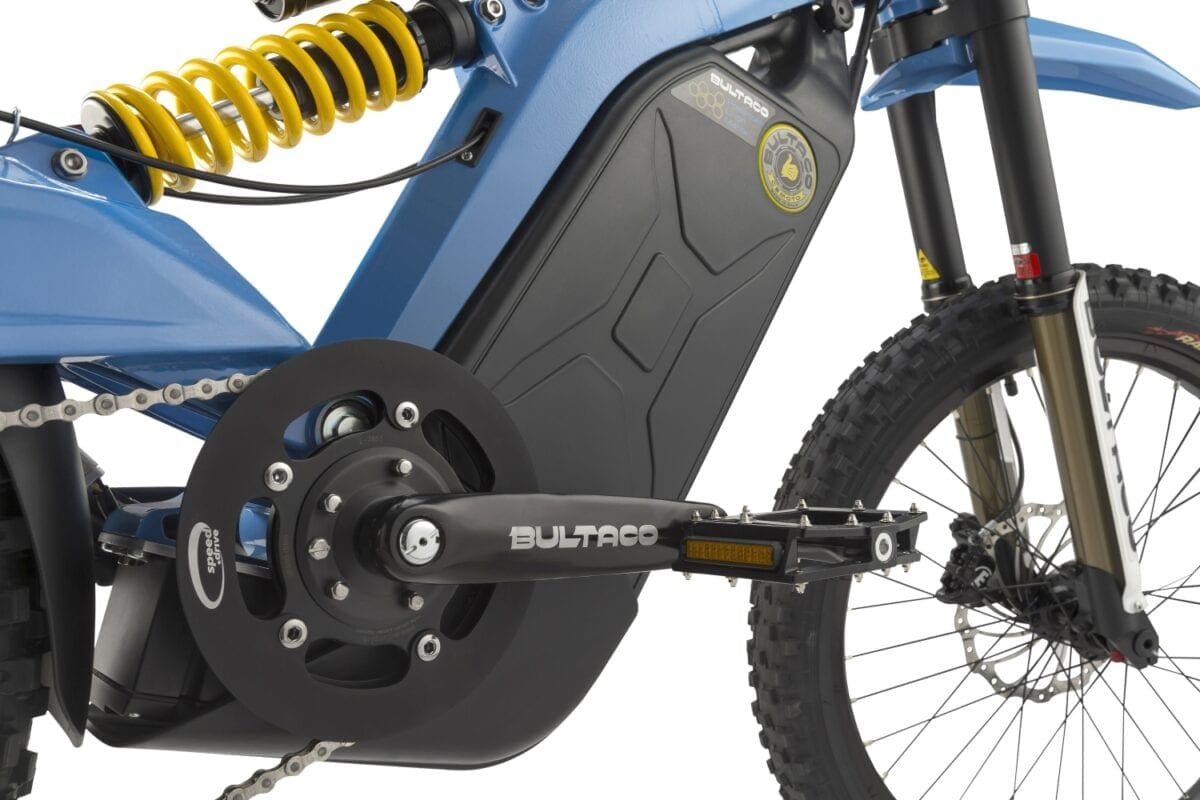 What are they like to ride? There’s no key, just a transponder on a rubber band around your wrist that’s unique to each bike. Touch that to the digital display, everything lights up and you’re good to go. Twist the grip and the response is instantaneous, because although the Brinco’s electric motor musters only 2Kw (2.6bhp), the bike weighs 42kg (less than half as much as a basic 50cc scooter).

Add-in the linear power delivery of an electric motor and you get quick, strong acceleration up to an indicated 31-32mph on the small display, which also shows battery level and an odo, plus has Bluetooth for a GPS.  Of course, you can boost performance by pedalling, though not by that much (the average human produces around 200 watts, so an extra 10% power). So it’s worth doing, and as a bonus you get the feeling of supercharged legs, all a lot more exciting than the average four-stroke wheezy fifty.

Better still, there’s a massive range of gears, which allows you to keep pedalling, putting in that extra power at any speed. Normally on a pedelec, your legs spin into uselessness beyond 20mph-or-so, but the Brinco has a 9-speed derailleur plus a two-speed range around the crank – in top gear, I was able to pedal quite comfortably at 30mph. 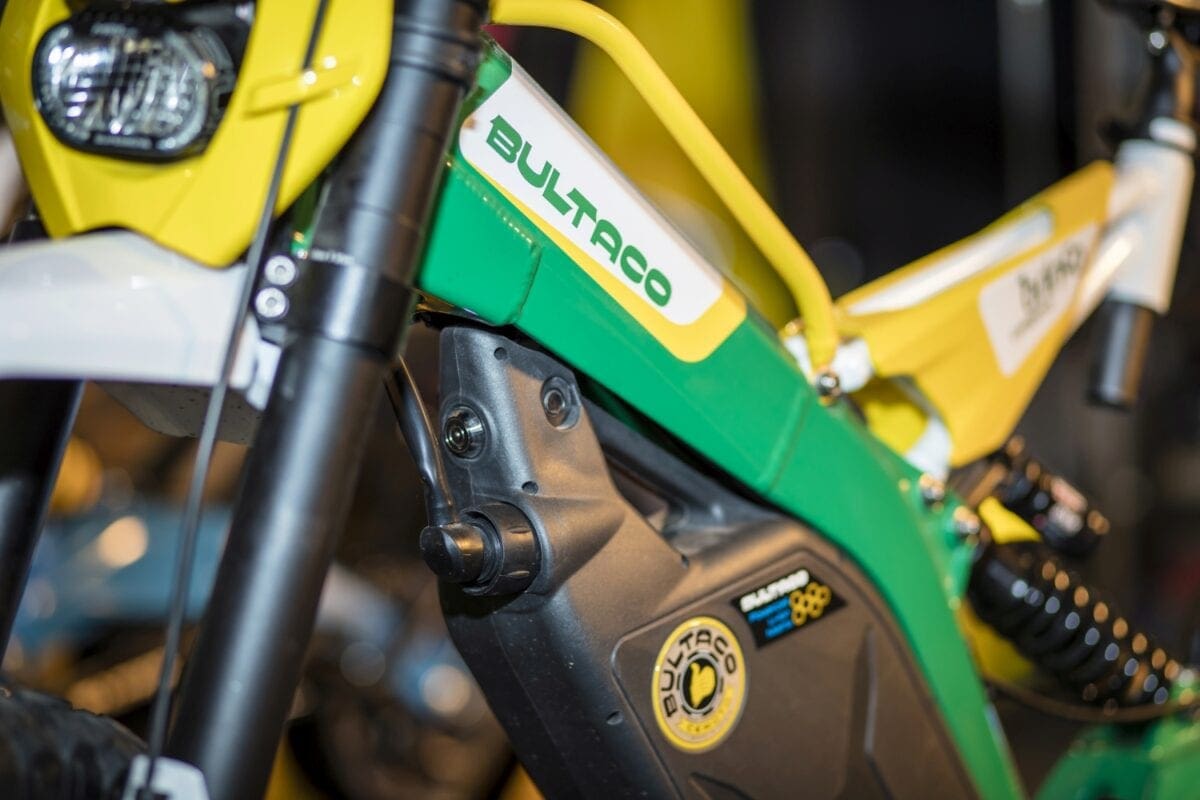 The running gear backs-up all of this with a substantial aluminium frame and quality fully adjustable suspension. The result feels solid and confidence inspiring, despite the very low weight, and the other side of the equation is that it’s light and nimble enough to slip through traffic gaps that a conventional scooter would have trouble with. You sit high on a bicycle saddle, with a good view of what’s going on, so the Brinco has all the right ingredients for traffic splitting, while the Magura brakes (discs both ends, with a miniature four-pot caliper on the front) and nice and strong. The motor automatically cuts-out when you squeeze the brake levers very slightly, so keeping fingers poise on the levers can have the power cutting in and out, which isn’t good.

The Brinco certainly sliced through central London traffic, but Bultaco also took us to a BMX track, where it seemed equally at home on the whoops and berms – it was lightweight and controllable, and it’s clear that the Brinco was designed with off-road in mind. Bultaco are hoping that commuters will take to it as well, but certainly in the UK, more are likely to take to green lanes and motocross tracks.

Bultaco claims “up to 100km (62 miles) battery range”, but these ‘up to’ claims are usually optimistic to a fault. As a commuter, the bike lacks some essentials – there’s just one small mirror, no indicators and nowhere to carry anything, though we’re told that luggage racks and winkers will be joining the options list. At £4495, the Made-in-Spain Brinco is three times the price of a conventional moped, though the price will come down if the Government ever makes good its promise to give electric two-wheelers a price subsidy, like electric cars. 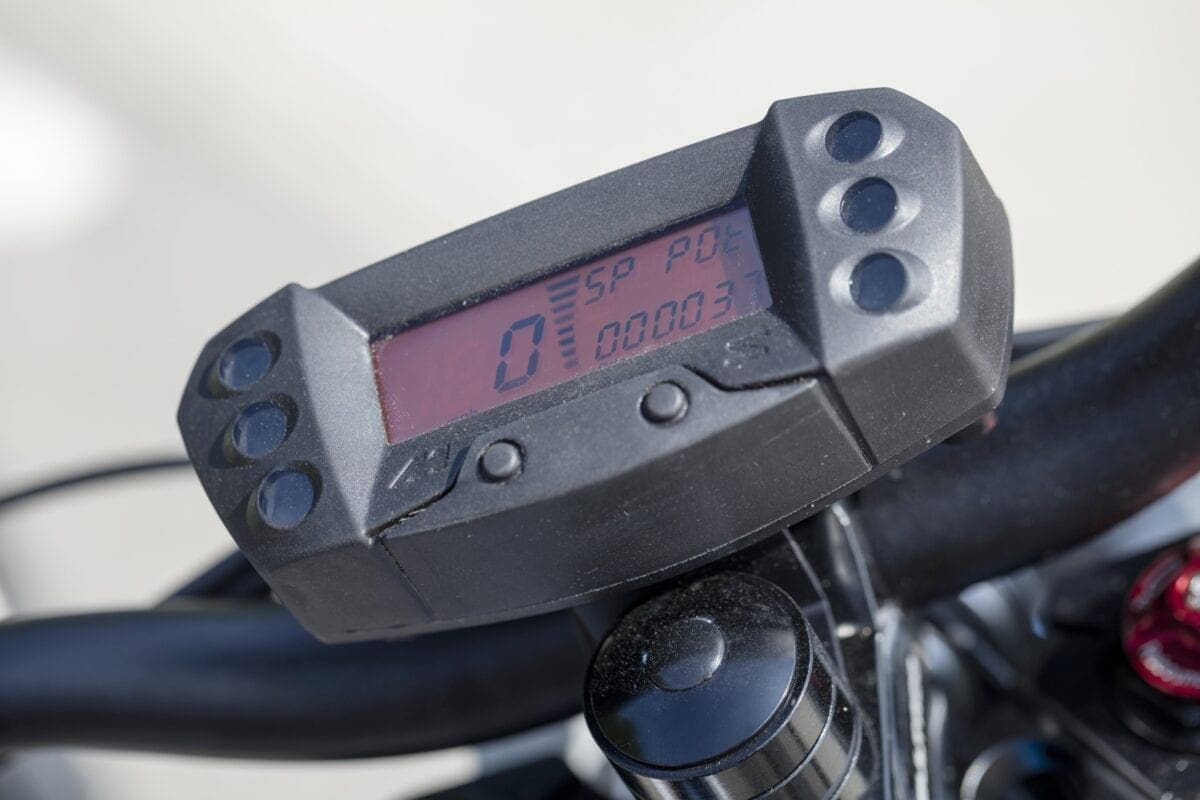 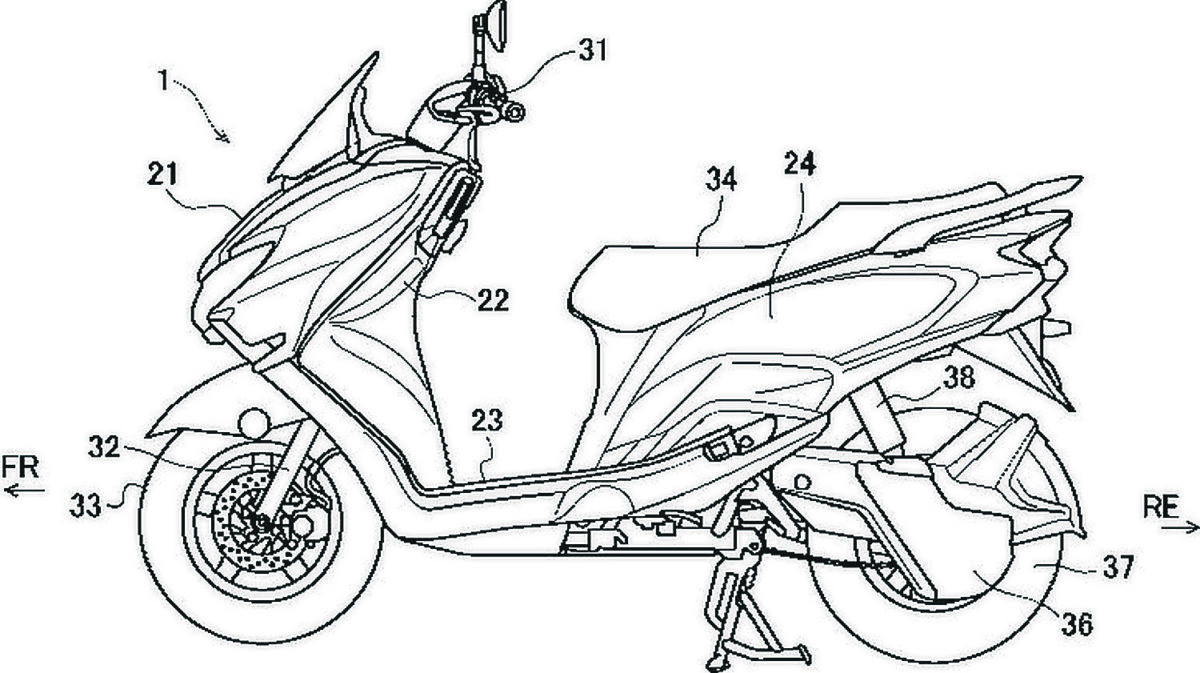 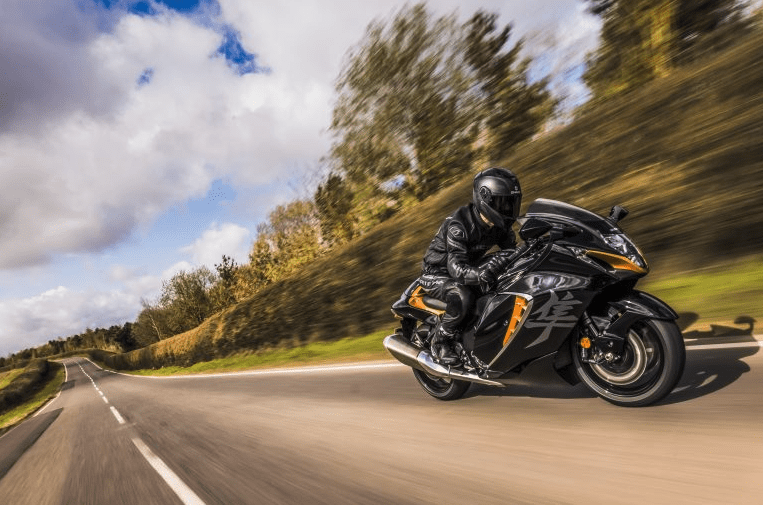