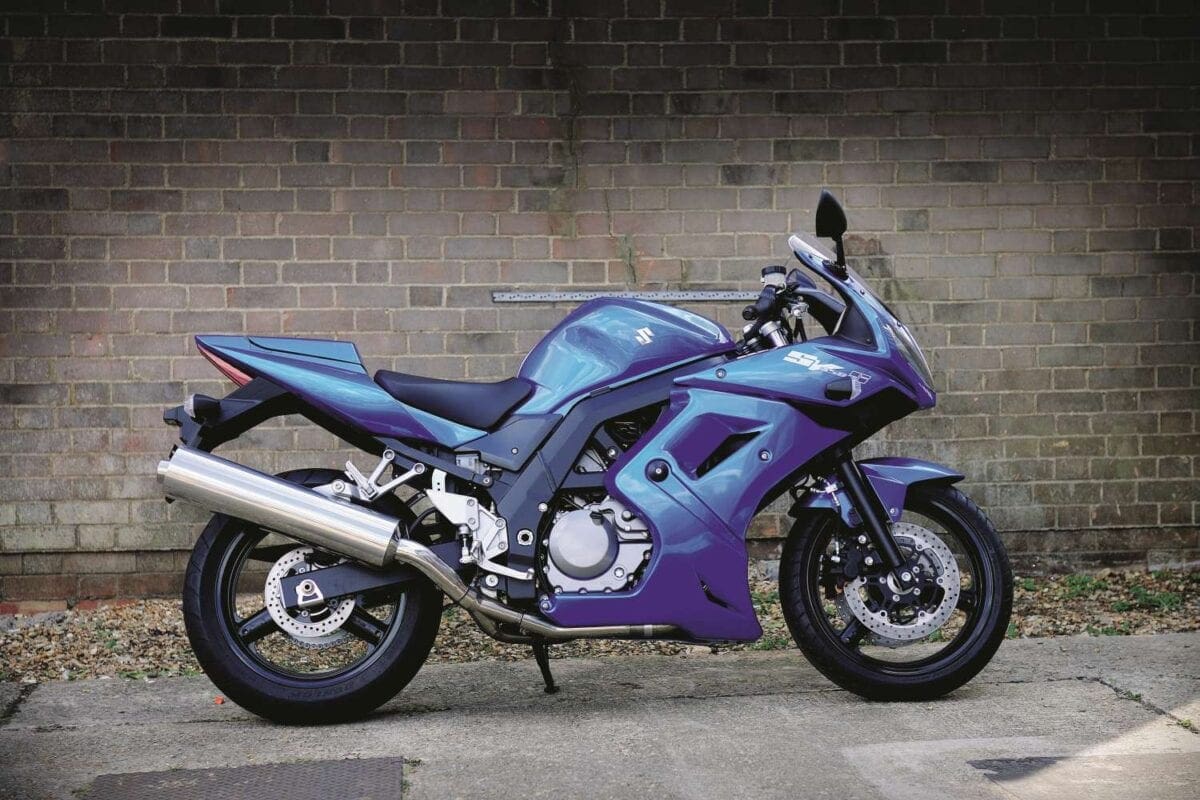 Some people are dubious about buying a second hand machine, here are our handy hints on what to check when buying used…

Any signs of corrosion, especially on the exhaust down pipes, the nuts and bolts or the fork legs, suggest it’s seen some winter use. This isn’t a problem, but chances are that it will be even worse under the fairing where you can’t see and there’s a possibility that the brake caliper pistons will be sticking too (which will also mean the discs are probably warped).

The bike should have both keys and both alarm fobs (if fitted) or the master key for the factory immobiliser if it has one plus all the paperwork including original sales receipts and fully stamped service book.

Many owners replace the exhaust for a sleeker or noisier item, which is fine as long as they still have the original. If not, at this age, then the bike may have been crashed. It is illegal for a dealer to sell a bike for road use with a not-for-road-use exhaust fitted.

Bodywork should still be immaculate at this age and minor damage isn’t always a disaster. Check for signs of crash damage and repair. Peel back stickers (which often hide scratches) and don’t believe the “I scuffed it on a wall” excuses for scrapes on mirrors and handlebar ends.

Nearly new bikes are the most likely to still be on finance so make sure you do an HPI check first.

Very low mileage sports bikes with scuffs and scrapes or tuned engines and uprated suspension might not be the innocent bargains that they seem. Many ex-race bikes find their way back on to the road after a season or two. Their original bodywork, lights, clocks etc will be immaculate, so any bike that looks tattier underneath than on top should be treated with caution.

The original chain should still have half its life left and the suspension and brake hoses will be good for another three years before needing an overhaul. Brake pads tend to last around 5000 miles on the road and it’ll probably be on at least its second set of tyres. Batteries can be scrap after a couple of years sitting idle for six months a year, especially if there’s an alarm fitted to keep draining them. Make sure all this stuff has been done.

Buying a nearly new bike should be easy. The bulk of the depreciation has gone, it won’t need an MoT for a while and there could even be some warranty left. Mileage should be somewhere between 4000-6000 and everything should still look immaculate. In theory, these are the bargain buys – nicely run in but still sharp and feeling new. Dealers can offer as good value as private sales here. They have to maintain a price difference between new and used stock and they will have bought the bike in for a better price than you could ever get – it’s their job after all.