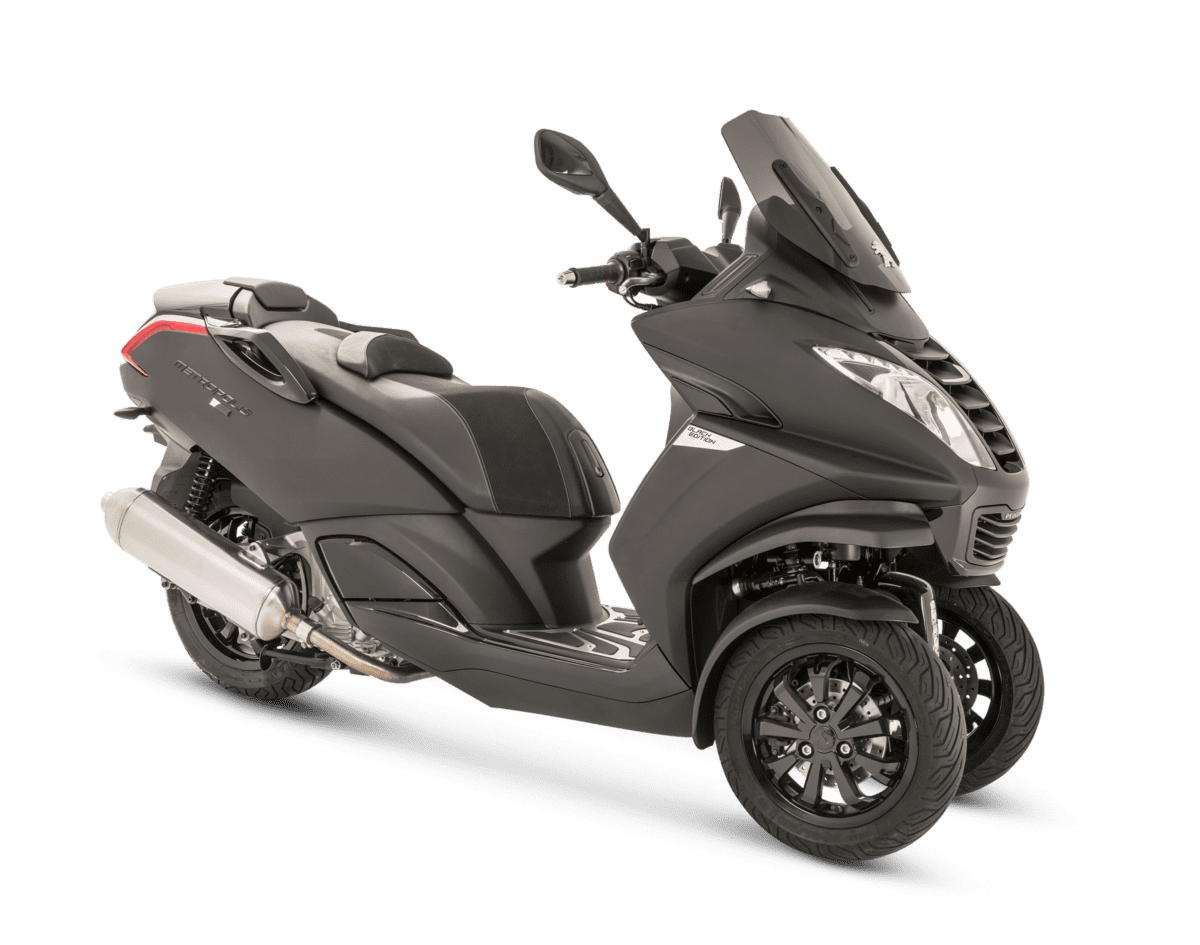 The Metropolis Black Editition is propelled by one of the most powerful engines in its class – the 400i LFE low friction engine delivers a claimed 37bhp with 38.1Nm of torque. Its advanced vibration filtering technology reduces noise emissions and fuel consumption too.

According to Peugeot, the Metropolis has excellent manoeuverability, whatever the conditions, thanks to the Twin Tilting Wheels (TTW) at the front, with a unique suspension system, made from light aluminium, in a strong deformable parallelogram.

The combined brake system (SBC) applies the braking process to the front and rear wheels simultaneously, for more efficient and safer braking. As an additional safety feature, the Peugeot Metropolis is equipped with Daytime Running Lights (DRL) between the front wheels: five powerful LED daytime lights significantly increase visibility in traffic. It is the only scooter with these fitted as standard. Relevant information is provided by the digital on-board computer, including average fuel consumption and outside temperature, plus a real time tyre pressure monitor. It is also equipped with an electronic “smart key” that operates within a radius of 1.5 m around the scooter.

Twin storage bays located beneath the seat and boot can be independently opened remotely using buttons on the dashboard, revealing generous luggage space, and there is a 12-volt power socket in the glove box. 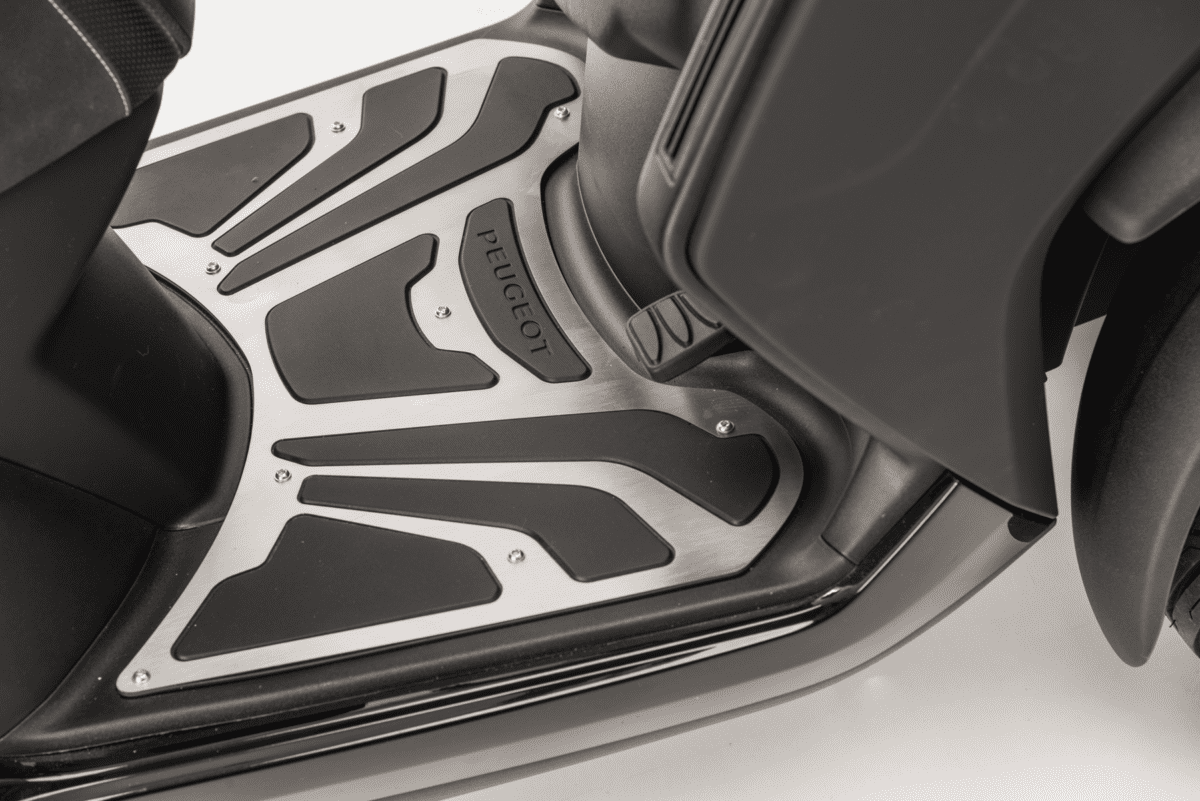 The Peugeot Metropolis Black Edition is an A2 category motorcycle but can be ridden on a car licence by drivers who passed their test before 19 January 2013. It costs £7,199 on the road, and is covered by a two year unlimited mileage manufacturer’s warranty. 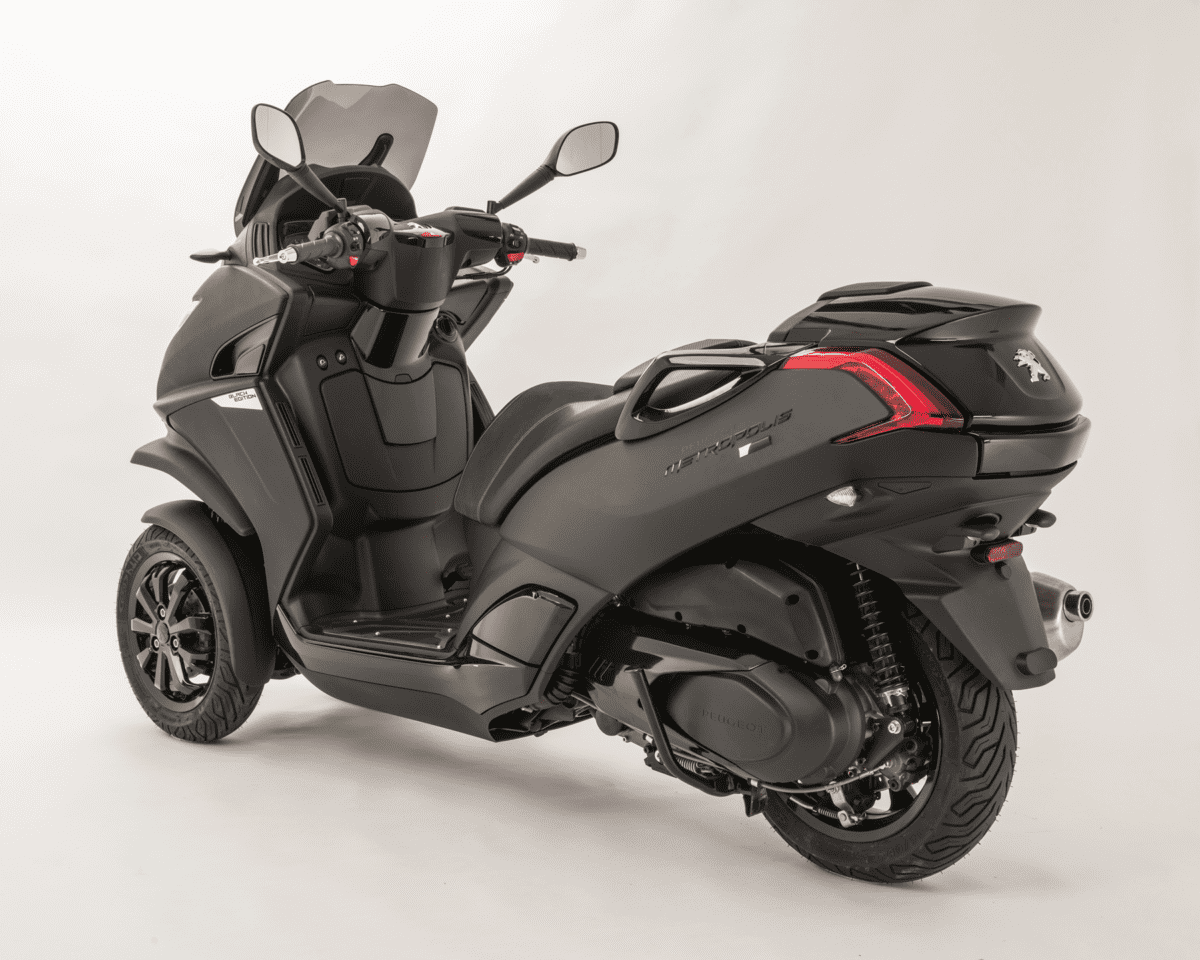