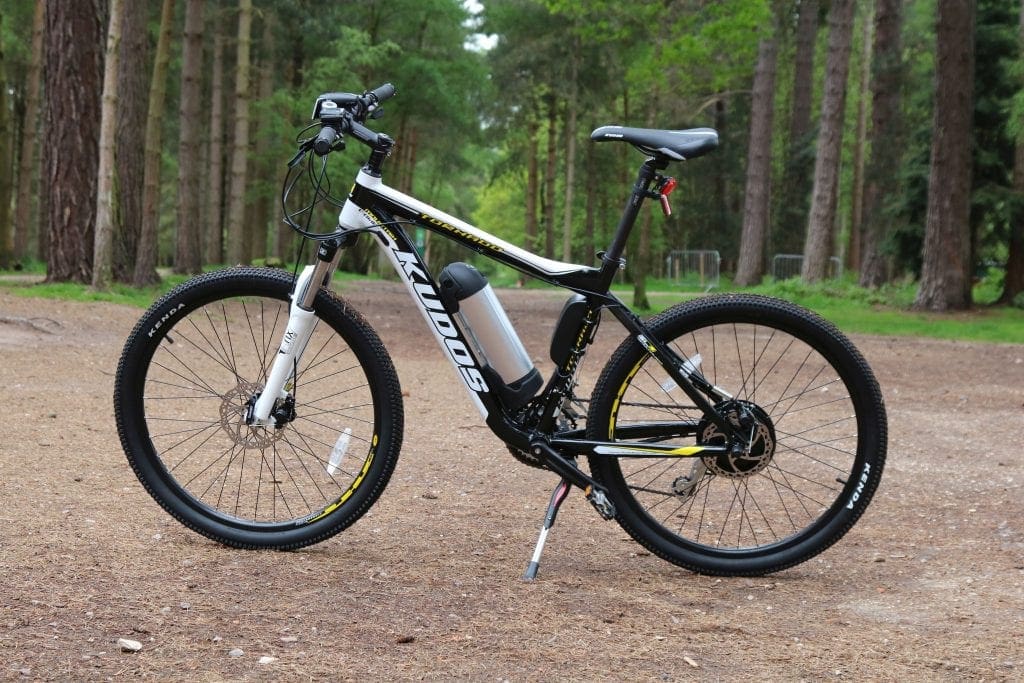 You know when those shoes that you’re really fond of wear out, you just want something nearly the same, but a bit fancier?

Well, if you’re like me and you’re making that old mountain bike keep going when it’s time has come and gone, but you just don’t want to let go, the Kudos Tornado is well worth taking out for a spin.

Some manufacturers build their bikes around the battery and motor, but what Kudos have done is taken a proven frame and gear set that as a hard-tail mid-range mountain bike works well together added an assist motor to the back wheel and put the battery where you’d normally place your water bottle. Does this mean that the Kudos Tornado is a poor mock-up of an e-bike? Well I’m pleased to say that no, it isn’t.

Straight out of the box I felt comfortable on the bike; it’s not so futuristic as to make me worry that I’ve not got a degree in astro physics; cable operated disc brakes and Shimano 24-speed gears (three up front and an 8-speed rear cassette) was just what I was used to. The only major difference to a normal hard-tail mid-range bike is the weight – about 8kg more than my regular steed. Does this affect the way that I’d normally throw myself between trees and down hills? Yes it does, as you have to be aware that you’re lugging a battery and motor with you, so drop-offs and muddy trails need to be attacked in slightly more reserved manner. But what the Kudos excels at is hills; when you look at the hill in front of you and think, have I got this, or am I going to run out of legs halfway up? With the assist on you never (while there’s charge in the battery) run out of legs.

The Shimano gears are as you’d expect, crisp and reliable. The LCD display is easy to read and with only three buttons to press, it’s not a daunting prospect changing the assist level (of which there are five to push you up to the 15.5mph limit); after that it’s all your own work. You also have a thumb throttle that’s used for setting-off and cuts out at roughly 5mph. I used this loads and found it great for junctions and setting-off on uneven ground. The Kenda tyres are more than up to the task, but when I took it to a rather wetter section of a local trail I ride, they lacked that full off-road traction – nothing too drastic if you wanted to swap them and it took some serious rough ground to get the front suspension close to bottoming out.

Is this a real option for the avid cyclist who likes life a bit on the muddy side? You know what – yes it is. It’s not an ‘all the gear, no idea’ kind of bike. Its proven starting point and addition of e-bike assist electronics in a very simplistic – but effective – way, gives you all that you need. If you’re attempting a full downhill track, you’ll have found the bike’s limit well before the bottom; but if you do a few green lanes and a spirited commute out of town, then the Tornado may just float your boat. 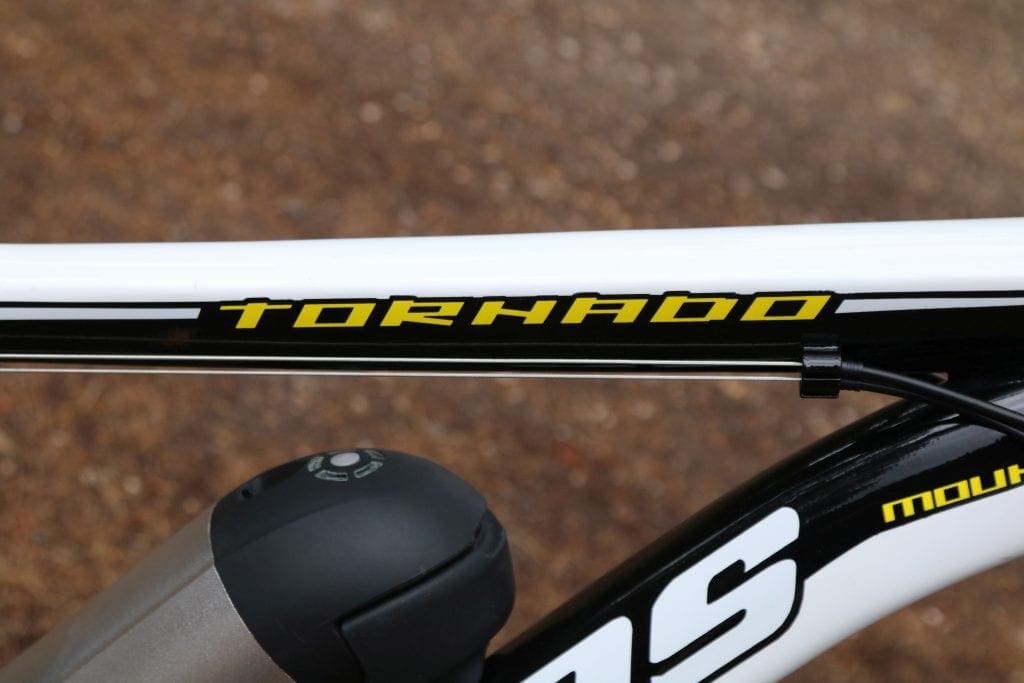 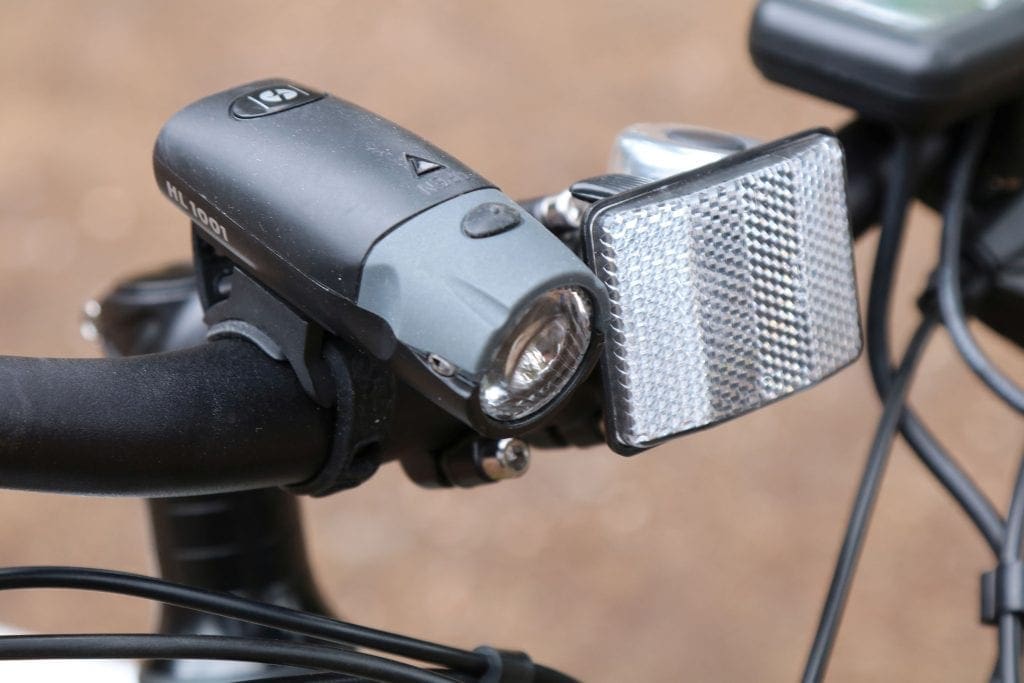