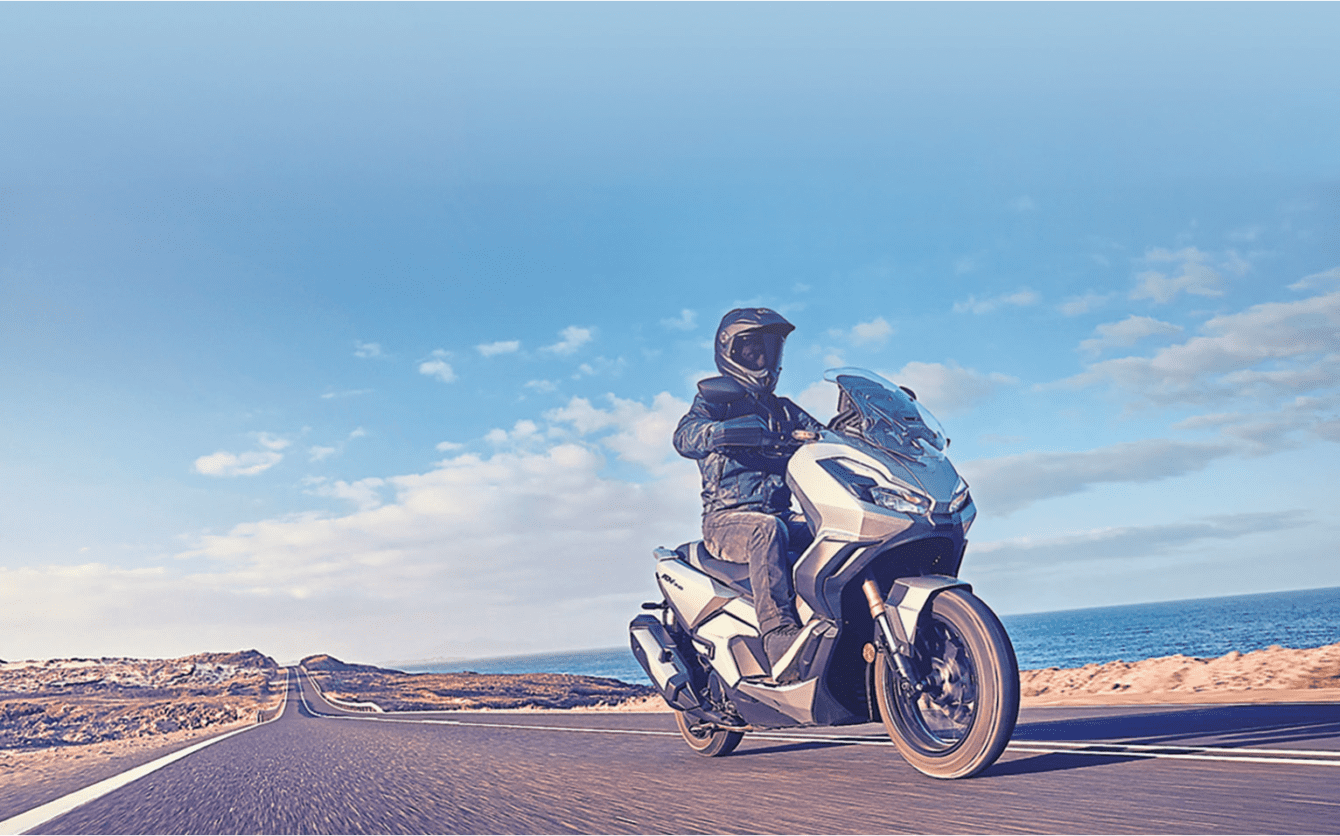 Honda has just released a smaller 350cc version of its X-ADV adventure scooter.

Back in 2016 Honda unveiled its X-ADV to the world. Part big-bore scooter, part adventure motorcycle, it was a unique proposition unlike anything else on the market… Yet it’s proved to be a big
success, particularly in Europe. Which is why the Japanese factory has just launched a smaller version into its line-up: the ADV 350.

Powered by a 330cc enhanced Smart Power+ SOHC four-valve engine which kicks out peak power of 21.5kW at 7,500rpm and peak torque of 31.5Nm at 5,250rpm, the ADV is no rocket ship, but there should be plenty of poke to bomb around busy city streets and take the occasional detour on the dirt. And for when you do hit the trails, Honda’s made sure it’s easy to turn off the Honda Selectable Torque Control using a button on the left-hand switchgear.

This is no normal scooter. It weighs in at 186kg, features a lightweight tubular steel frame, motorcycle-style 37mm USD forks (with 125mm stroke), and twin remote reservoir shocks (with 130mm travel). The wheels aren’t your usual fare either. Cast aluminium and finished in black, there’s a lightweight 15-inch front and 14- inch rear which come shod with a 120/70- 15 and 140/70-14 block-pattern tubeless tyres respectively. Stopping is looked after by a 256mm single disc up front and a 240mm single disc at the rear, which are coupled to a 2-channel ABS unit, and the ADV also features Honda’s clever Emergency Stop Signal (ESS) system, which activates the indicators (and alerts other road users) during particularly heavy braking.

There’s an 11.5-litre fuel tank (capable of offering over 200 miles); a height-adjustable screen; a massive 48 litres of space under the seat (which Honda claims is lids); a USB enough for TWO full face Type-C socket in the lockable front left glove box; a Smart Key; and an LCD dash which features the Honda Smartphone Voice Control system (for linking your smartphone to the scooter).

Priced at £5599 and available in a choice of three colours, we reckon the rugged ADV 350 will be seriously popular when It arrives on UK shores in the coming months. We’re going to be riding it on the launch In the coming weeks, so if you want to find out more about the scooter-cum-motorcycle, be sure to keep an eye on More Bikes.