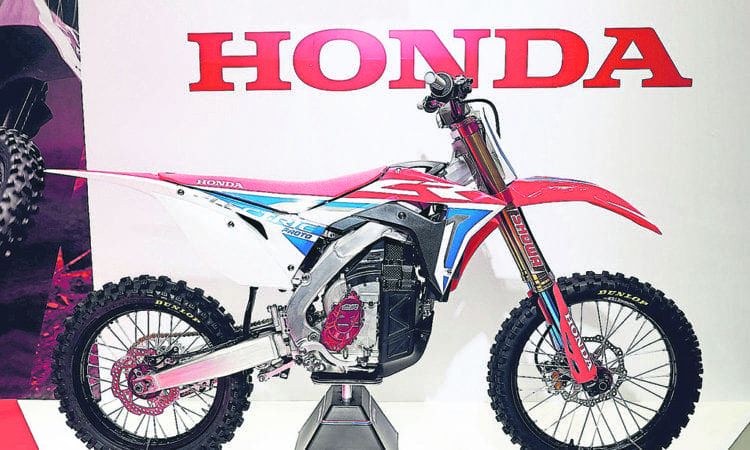 Honda has unveiled an electric version of its CR motocross bike – and it confirms that Honda is starting to get serious about electric.

At this stage there’s been no official information from Honda, so we’ve got no idea about the motor or battery, but if you have a closer look at the images, you’ll be able to pick out a few notable features.

First off, it makes use of the same aluminium twin-spar frame design as the current CR250, and comes with Showa suspension and knobbly Dunlop rubber. In essence, it looks like it’s ready to go.

Regarding the electric drivetrain, it’s likely that Honda has had some help from Mugen. And let’s hope so, because that would mean the use of similar technology to what’s found on the Mugen Shinden electric superbike, which continues to dominate the Isle of Man Zero TT.

It’s a hugely exciting development from Honda and we can’t wait to hear more about the new electric CR. As soon as we get our hands on more information, we’ll let you know.