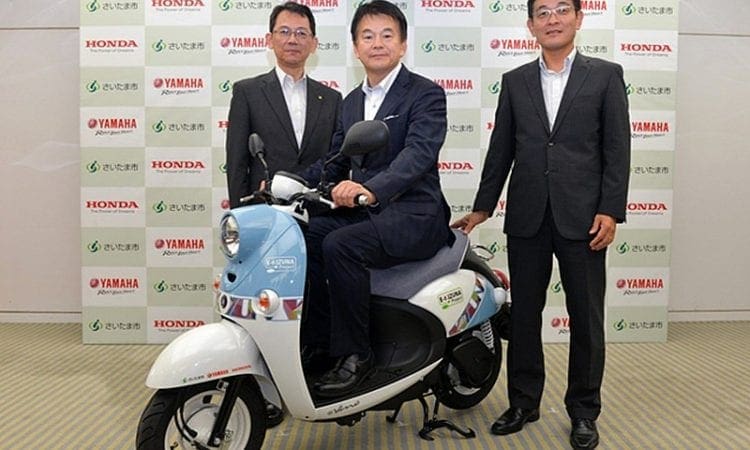 Last year it was announced that Honda and Yamaha would be working together to manufacture electric scooters – and it’s been confirmed that they’ll begin testing for the E-KIZUNA Project in Saitama City this September. 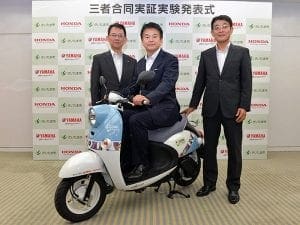 Under the E- KIZUNA Project banner, both manufacturers are embarking on a project to assess the viability of global expansion of electric motorcycle use, in the Japanese city of Saitama. They are focusing on three key objectives: the reduction of CO2 emissions, the diffusion of electric motorcycles as well as the resolution of transport problems in areas with accessibility issues.

Citizens of Saitama will have a fleet of 30 Yamaha E-Vino to play with, as well as ‘rent and change’ batteries available at several locations around the city – including one in the Station Saitama-Shintoshin, and in public car parks too. A motor-sharing system is also being considered for those who need it.

The project hopes that the tests will offer new solutions to current industry issues, and will be applied in future projects in which both Honda and Yamaha will manufacture electric scooters using shared technology.