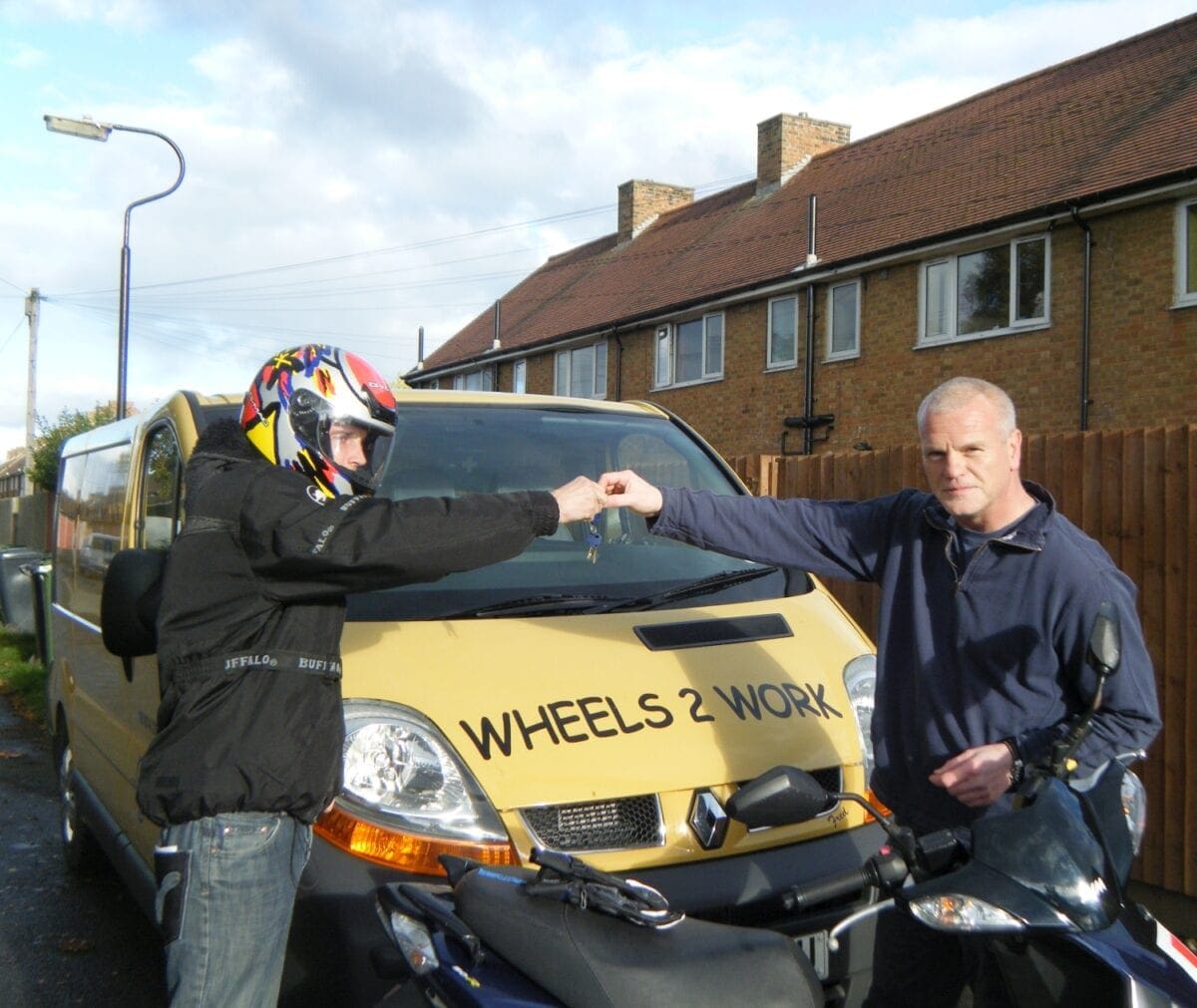 ‘Wheels 2 Work’ schemes provide affordable transport to people who are unable to access training, employment or education, due to a lack of suitable public or private transport.

Mostly this is either mopeds or scooters but some schemes can also offer bicycles. Typically, a W2W scheme will charge around £20 per week for a moped, but charges differ slightly depending on the organisation.

Wheels 2 Work or Wheels to Learning schemes (sometimes shortened to W2W or WTW and W2L) can be particularly important for people living in isolated rural communities where public transport is inadequate or only available during business hours.

A lack of available transport can have a negative effect on opportunities for training, education and employment, particularly for young people and those living in rural areas.

Limited access to personal and public transport is a labour market barrier commonly cited by young people. W2W aims to break this cycle by loaning individuals their own transport for a short period until a longer-term transport solution can be found.

W2W schemes are generally aimed at unemployed people who have received a firm offer of a job or training placement but who find that they do not have any way of travelling to their place of work. Some schemes have extended eligibility further to include:

Most Wheels 2 Work schemes offer clients a loan of a two wheel vehicle for about six to twelve months, which gives them time to make long term plans for transport.

The very first Wheels to Work scheme was introduced in Shropshire in 1997. There are currently 45 W2W schemes across the UK, nearly double the number there were in 2013, with others in the pipeline. The schemes are run by local authorities, charities, rural community councils and social enterprise companies.

To find local schemes near you, see the website: www.wheels2workassociation.org