Remember when the biggest twist ‘n go scooter you could buy was a 250? Bikes like the Honda CN250 Helix, the Yamaha Majesty and original Suzuki Burgman. Well that was over 15 years ago, and things have moved on a long way since. Not only have the biggest twist ‘n go’s grown over the years (Honda’s 750cc Integra is the giant of the moment) but the old 250 class has effectively been replaced by a new breed of 300s.

In concept, these latest feet-first 300s are the same as the 250s they spring from – the idea is to provide enough performance for longer commutes including motorway, with enough space for two, but still significantly cheaper to buy and run than the bigger maxi-scooters. Which sounds like the ideal compromise…if it works.

It’s hard to believe, but SYM’s Joymax has been part of the feet-forward scooter army for 10 years, originally unveiled as the GTS250 back in 2005. Last year, it got a major makeover, which included boosting the engine capacity to 278cc (not quite a 300 then), sharper styling, improved suspension and linked brakes with ABS.

The best thing about any of the feet-forward scooters is the space you have to stretch out, legs in front with your weight spread over thighs and bum and a bolster for the base of your spine. At its best, this gives a really comfy position for long distances, and the Joymax is no exception. It doesn’t have quite the legroom of a Tmax or Burgman 650, but it’s still pretty good. With substantial bodywork and a wide screen, it all adds up to decent weather protection.

Decent equipment too, because despite being far from SYM’s flagship in the UK, the Joymax comes with a good wodge of equipment. As well as the standard ABS, there’s a comprehensive dash with analogue speedo and rev counter (though the speedo has the usual problem of big km/h figures and tiny mph ones). There’s a manual immobiliser under the seat (as well as one on the ignition key), which can be flicked on by accident, but it’s still worth having, phone charging socket and rear fog lights, a great idea for misty motorways.

Oh, and there are two little flaps on the central tunnel, which ostensibly blow hot air onto your cold legs. Place a bare hand right next to the vent, and you can just feel a suggestion of warmth, but for bundled-up legs on a winter’s day, it makes no difference at all. Peugeot’s Satelis has them too, but the official line is that these are purely to cool the electronic gubbins behind them. Who knows, but as useful sources of warmth, these didn’t work on the original Gilera Runner, and they don’t work on the Joymax.

A more useful standard feature (especially if you’re keen on saving fuel and cutting pollution) is the idle stop system, which switches the engine off after it’s been idling for five seconds – twist the grip when the lights change or the traffic moves, and the engine immediately restarts, just like all those cars that mysteriously go quiet at red lights. If you find this too irritating for words (I didn’t) it can be switched off.

Not that the 278cc single is that obtrusive when it’s running. It’s a smooth engine that delivers plenty of power, giving very quick acceleration from rest, the auto transmission keeping it at 5-6000rpm when working hard. The Joymax weighs 192kg, so you won’t be out-dragging any of the big-engined scooters, but this 300 is certainly quick enough to keep ahead of urban traffic. On the motorway, it feels relaxed and well within its limits at an indicated 80mph, and actually has acceleration in hand at that speed.

It’s stable on the M-way as well, and though the long wheelbase makes it quite slow steering (something true of many of the feet-forward scooters) it also handles pretty well on the twisty stuff. The Maxxis tyres (14-inch front, 13-inch rear) are good and grippy, and there was no sign of wallowing (solo at least) – in any case the twin shocks are pre-load adjustable, so should cope with bigger loads. ABS linked brakes work well, with just a single disc at the front but that’s clearly all you need, because they’ve got plenty of power.

The Joymax doesn’t excite in the styling stakes, but then all these 300cc scooters look quite similar, and it does have some practical attractions too. It comes with a three-year warranty and the underseat space has a light, opens up with a gas strut and will swallow two full-face helmets. 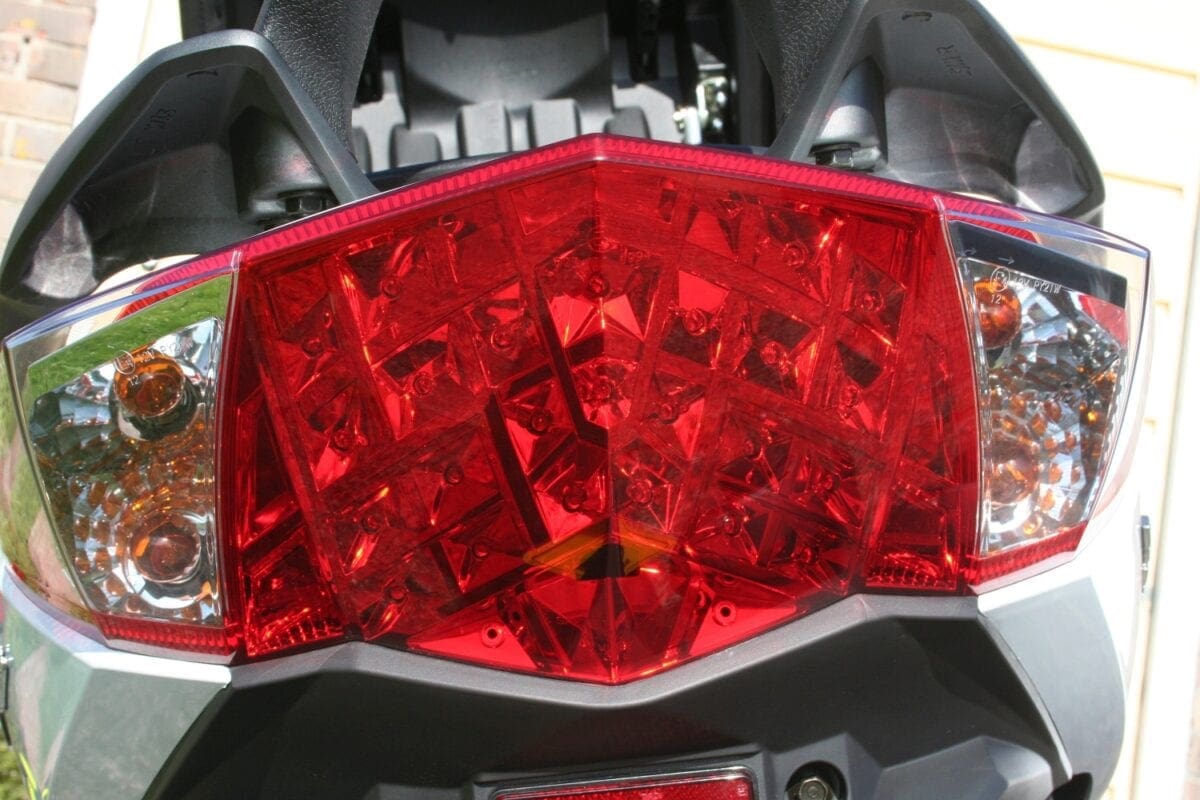 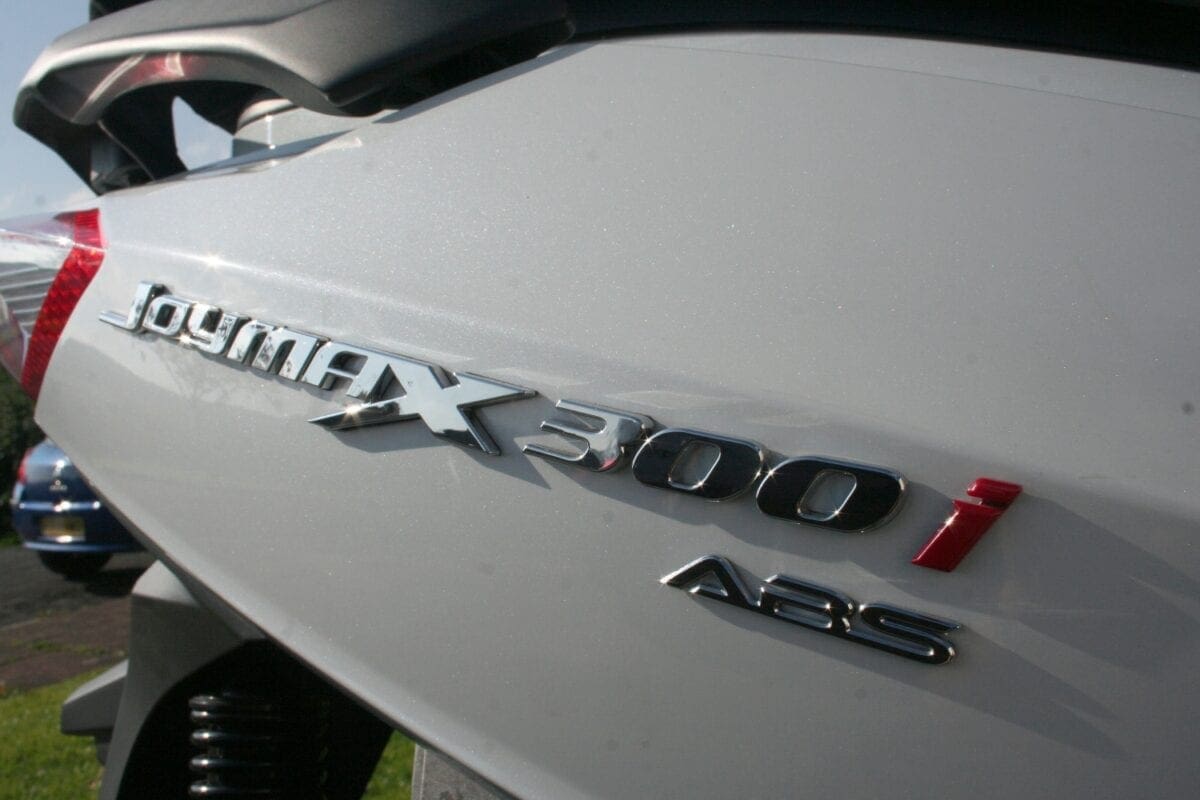 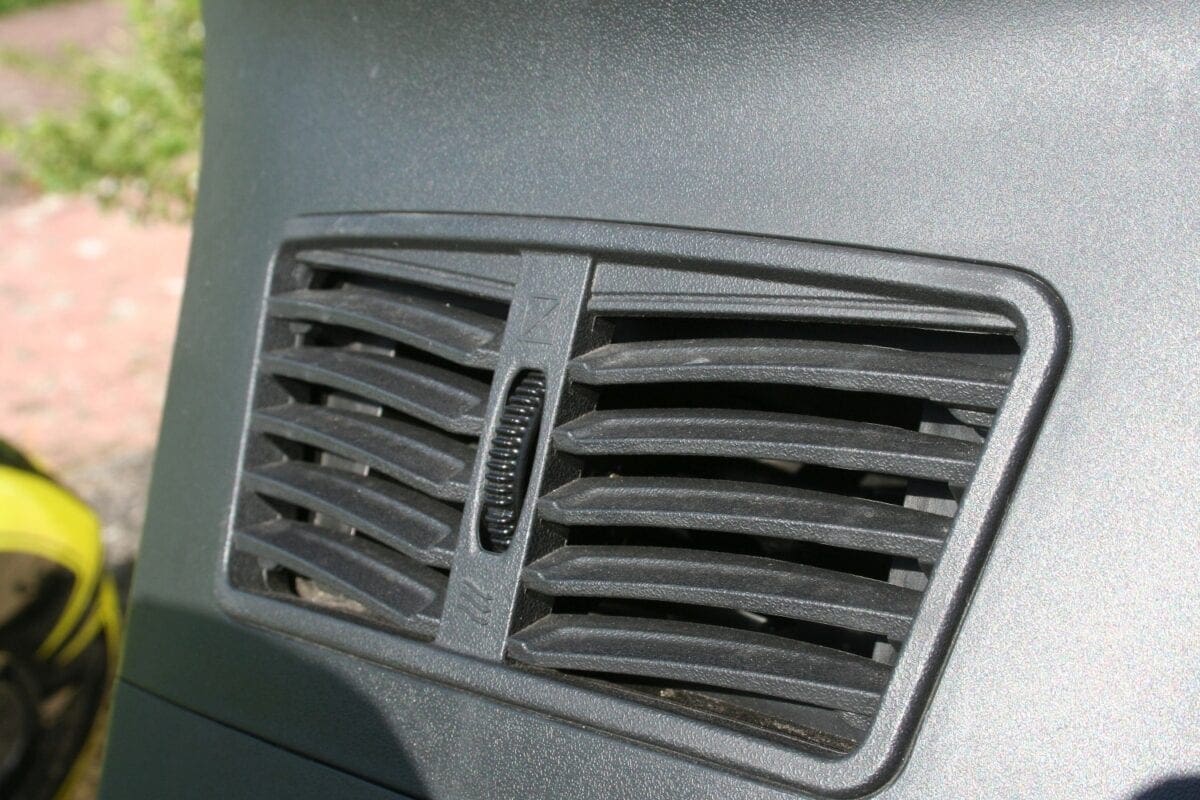 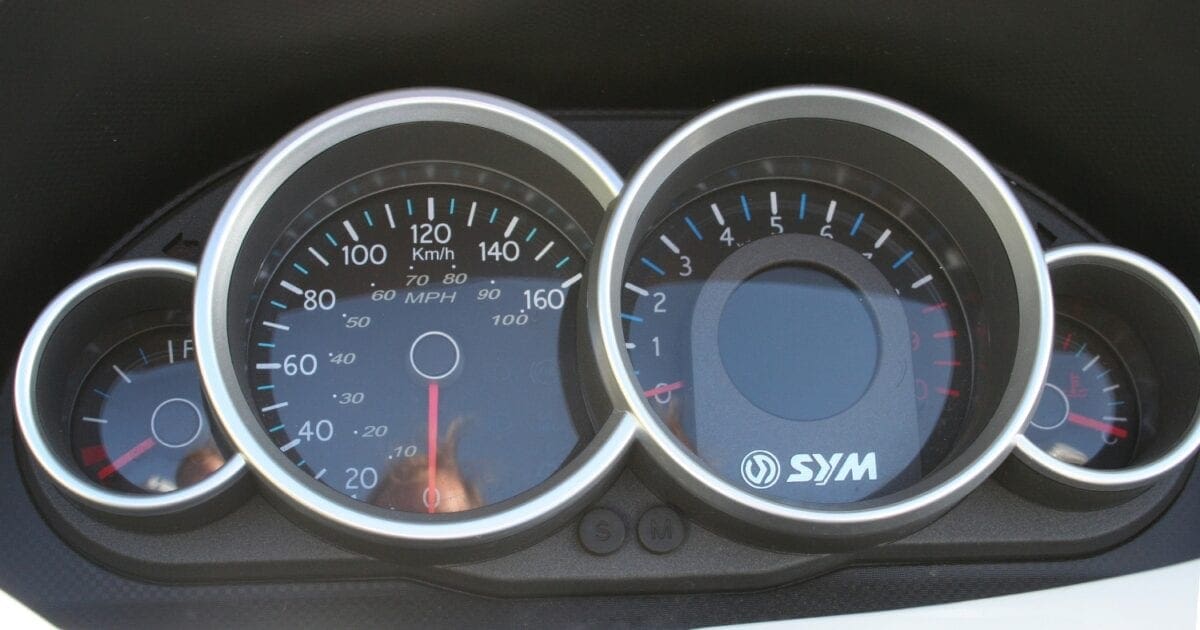 WE SAY
Highly competent and competitive 300cc scooter, though a KYMCO Downtown is slightly cheaper.