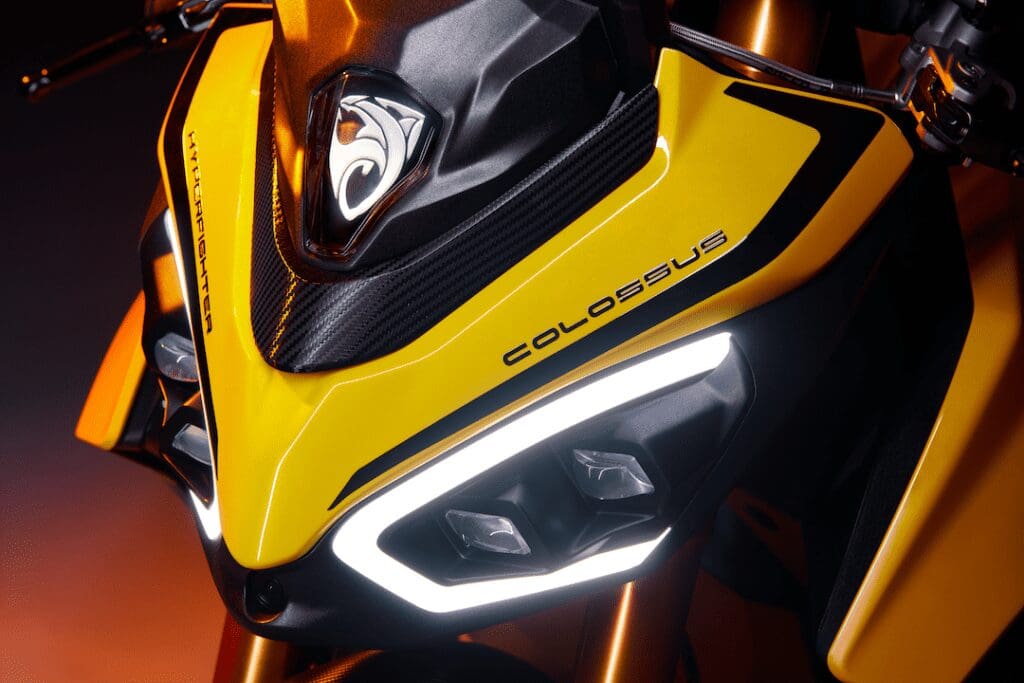 The Canadian motorcycle manufacturer has just announced it’ll be producing a new high performance, high-tech streetfighter style electric motorcycle at the 2022 CES electronics show – and it’s called the HyperFighter. Built from the bones of Damon Motors’ existing HyperSport model which was announced two years ago, the HyperFighter essentially will be a stripped-back model which does away with the windscreen and full fairing of the ’Sport in favour of a more aggressive, exposed look. 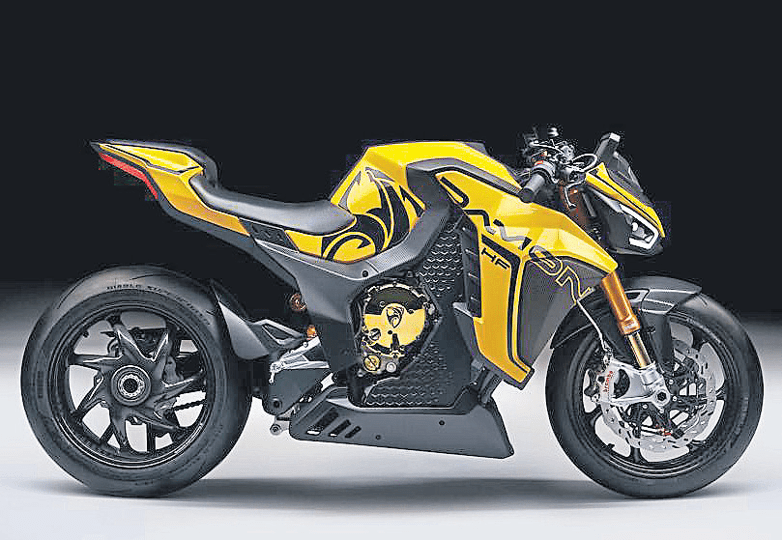 It’ll also come kitted out with some of the same seriously sophisticated technology as the HyperSport, including a safety system called CoPilot which uses sensors, cameras and an AI system to alert riders of potential hazards using haptic vibrations in the bars. The system doesn’t take control (like the ones found in many modern four-wheeled vehicles), but simply alerts riders of a range of hazards using vibrations and LED lights in the cockpit. There’s more. Its Shift system allows riders to change the position of handlebars and footpegs with the press of a button. It’s not unheard of. Some of BMW’s bikes have the ability to change seat, bar and peg positions, but the changes have to be made with tools while you’re off the bike. The two on the Damon can change on the fly. 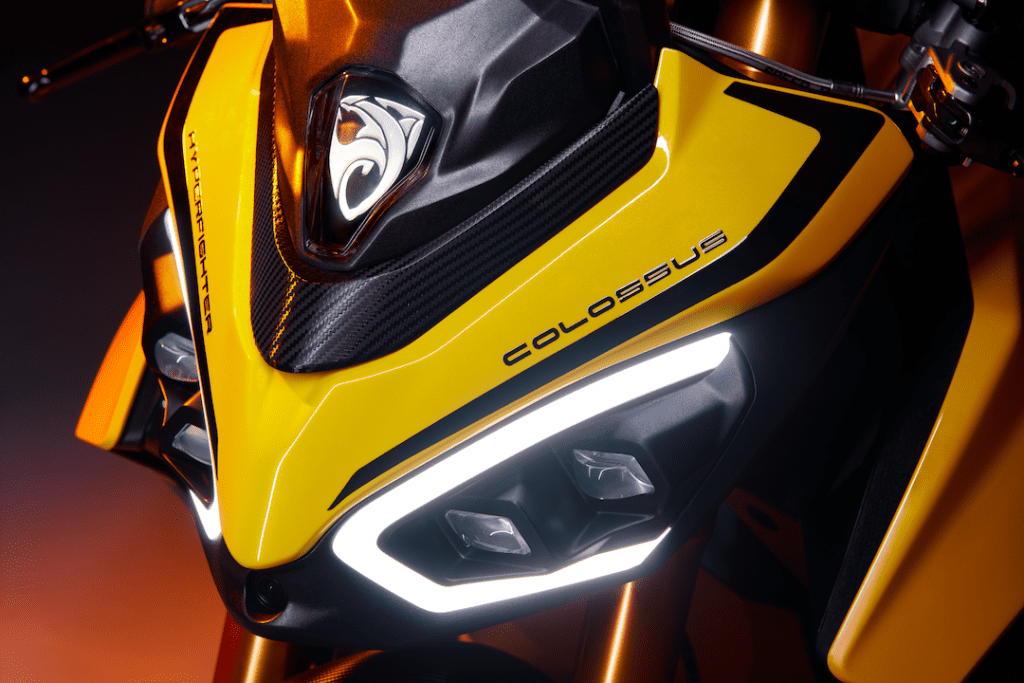 There’s also Damon’s award-winning monocoque-style HyperDrive system, which makes the battery a central load-bearing element, simplifying construction and saving weight. It allows Damon to pack the bike a sizeable 20kWh worth of batteries (and it needs all the extra battery possible, as with a claimed 200hp and 150lb-ft of torque on tap, it’ll get through the juice very quickly). The HyperFighter will be available in three configurations. The top-of-theline, limited-edition Colossus will get some lightweight wheels, a few other premium bits and will cost $35,000 (£26,000). 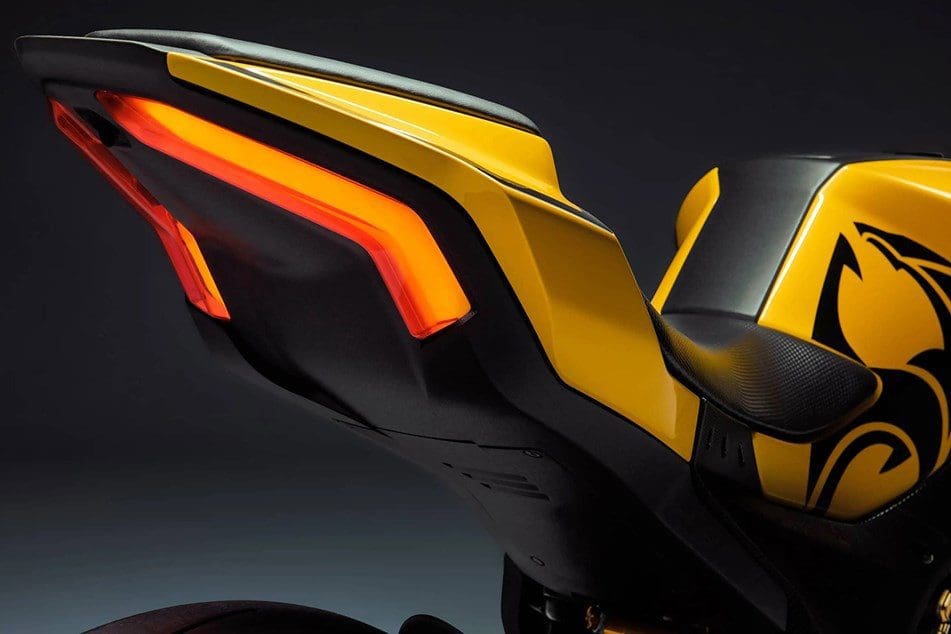 The Unlimited 20 will get fewer trick bits and will cost $25,000 (£18,500). The Unlimited 15 model will get a smaller 15kWh battery and a $19,000 (£14,000) price tag. If you want to get your hands on one, Damon is taking deposits for the HyperFighter at this time, although there’s been no official news about when the bikes will be available on British shores. Damon already has plenty of preorders for the HyperSport since its official unveiling, but at this stage it still hasn’t gone into production. Thankfully, punters who’ve laid down a deposit won’t have to wait too much longer, with the factory suggesting that it’ll start building bikes in the first half of 2022 (with the HyperFighter expected to follow in 2023). 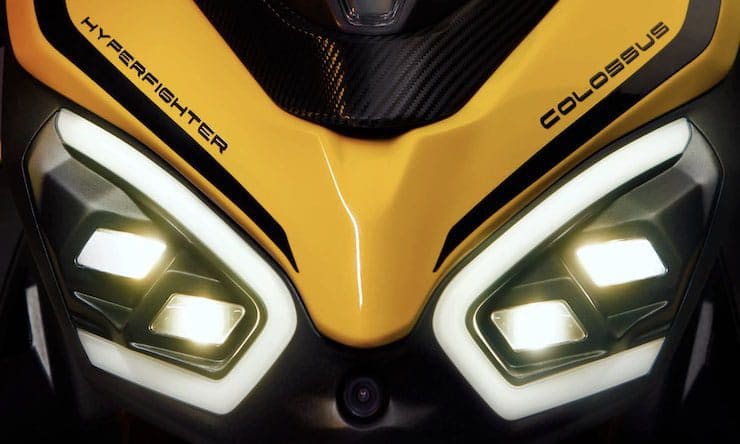