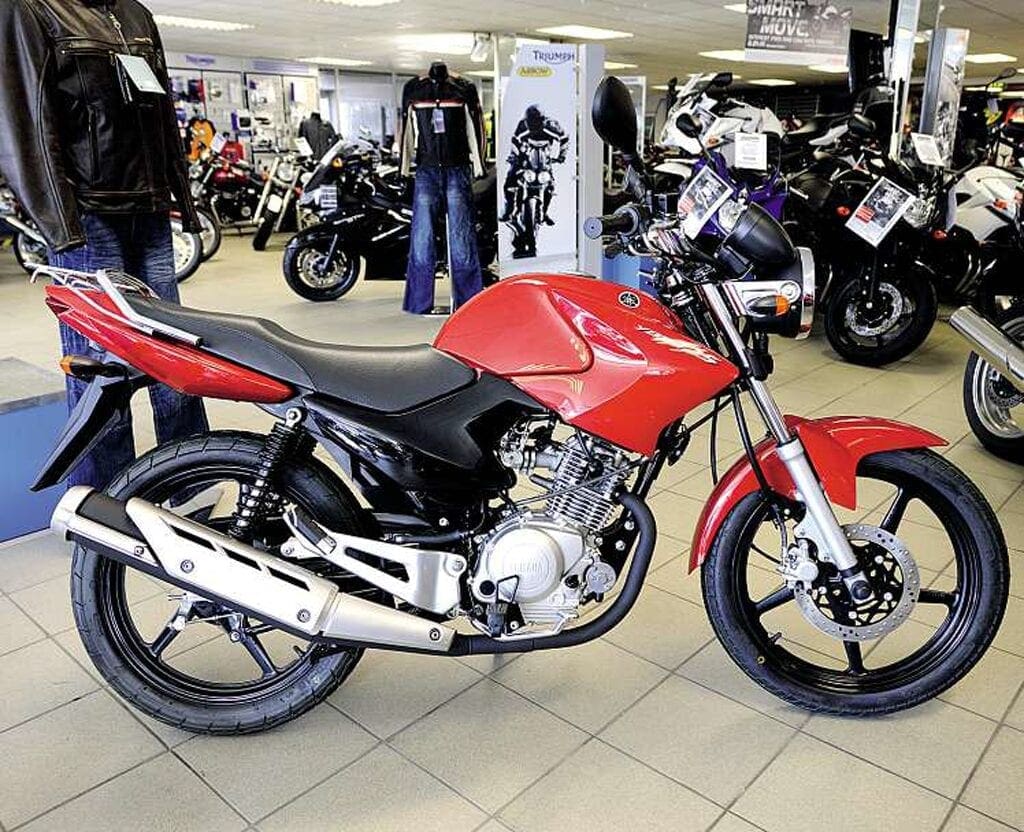 Now the fun begins. The money is sorted, you’ve gained your CBT, all you need is a bike.

Town riding needs a compact bike to get through the traffic easily with an upright riding position that lets you spot the gaps.

Enough zip is needed from the engine to get away from the lights first, but with a flexible power delivery to give a choice of gears for any eventuality.

Good mpg figures help too, as do smartly placed mirrors that give a clear picture of what’s behind. Decent suspension to soak up the potholes is a bonus too.

Less bodywork means less damage in a tumble and cheaper crash costs mean lower insurance premiums. Somewhere to bolt a rack on the back helps too -to carry your sandwiches, laptop, lock and waterproofs.

So we’d recommend an unfaired 125cc street bike for their simplicity, frugal engines, decent performance and ease of use in town. Low seat heights give instant confidence, especially to shorter riders and what they lack in race replica street cred, they more than make up for in economy and queue busting ability.

All the previous town riding stuff applies except that anyone over six feet tall will feel a little conspicuous on a 125cc street bike. Fortunately there are plenty of 125cc trail bikes that have bigger wheels, taller seats and off-road rufty-tufty styling.

These bikes have long travel suspension too, which is ideal for our pockmarked, potholed streets and once you get used to the suspension’s movement and knobbly tyres, they go round corners superbly well – even if the only tight corners you encounter are the local roundabouts.

The latest ones all have economical four-stroke engines, while many of the older ones are two-strokes, which are faster-revving and better accelerating, but less reliable or economical.

Full fairings and the sharpest styling make these desirable. In reality they aren’t much faster than the rest because they make the same power and don’t go fast enough for the slippery bodywork to add any speed.

But they look faster, and to the average teenager a Yamaha YZF-R125 gets 10 snogs to every one that his YBR125-owning cousin gets.

But there’s more to it than speed. Big, strong frames and quality suspension make them handle well and most are still comfortable too. Owners tell us that they al I do at least one million mph-the reality is more like 80mph, which is still enough to match most of the traffic.

Almost all are now four­strokes, but the last generation Aprilia RS125 is a peaky two­stroke that makes almost 30bhp when derestricted. Fast, yes, but very tricky to ride well.

There’s a huge choice of cheap Chinese 125s on sale and prices at some dealers start at under £1000 for a bike that often, looks very similar to the £3500 Honda you’d love but can’t afford. So are they any good?

It’s a simple question, with a rather more complicated answer. A brand new bike for less than £1000 has got to be worth a look and the quality of the Chinese bikes has improved massively in recent years. But most of them are still based on copies of older Japanese (usually Honda or Suzuki) technology and are at least one generation removed from the latest Japanese machines.

The other big problem is the variable quality of the dealers. Some are superb and do a proper job of building the bikes and making sure they are all good to go. Unfortunately, the quality control and final assembly of these Chinese machines isn’t as good as you’d hope and a good dealer will spend time going over the bike and putting all the niggles right.

With this done the bike should run properly and be reliable. Most of the bikes are very similar and come from two or three big factories, but they can wear dozens of different badges.

If you and enough of your mates went to the factory with a sackful of cash, they’d build an exclusive run of bikes, just for you – the Honasaki Joebloke.

So the simple answer is yes, a Chinese bike can be a great buy, so long as you understand that you aren’t getting the same quality or possibly the same standard of dealer back-up and parts supply as with a Japanese machine.