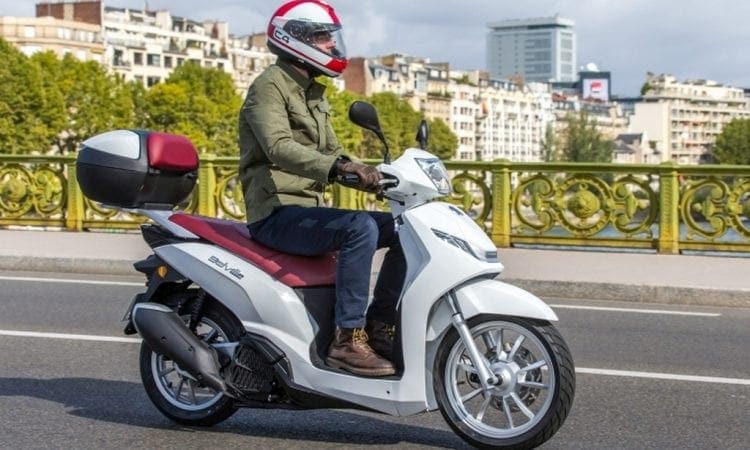 Peugeot combines style and comfort in a big-wheeled package. 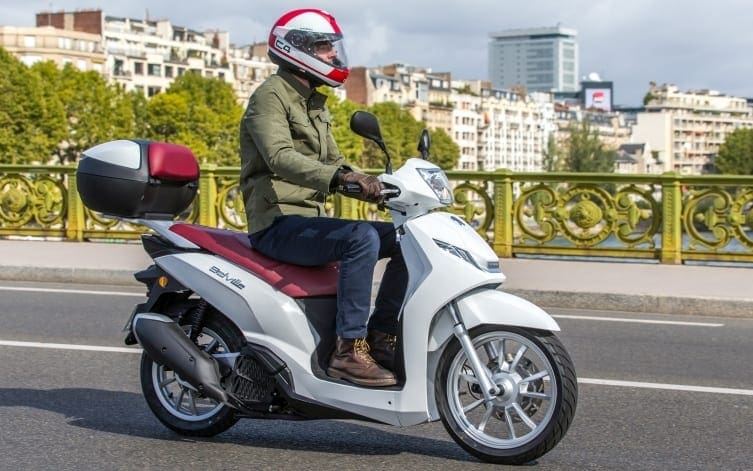 Peugeot has a long, illustrious history at forefront of two-wheeled travel – giving birth to their first motorcycle in 1898 and introducing its first modern scooter with plastic bodywork over 30 years ago. The iconic French brand invited O2W to Paris, to test ride two versions of its all-new big-wheeled scooter, the Belville.

In France, Germany, Spain, Italy and Belgium, big-wheeled scooters account for 50% of the market, but historically, they have never been hugely popular in the UK – that’s all changing though, and after a tour of the wet cobbled streets of Paris, I can see why.

The Peugeot Belville name takes inspiration from Belleville, a typically working-class neighbourhood of immigrants and artists on a series of hills in the north-east of Paris. It’s grittier than the centre of the city, the architecture isn’t as grand, and graffiti covers the streets – but you don’t ever forget you are in Paris. And on reflection, that makes complete sense when you think about the Belville big-wheeled scooter.

Ok, so big-wheeled scooters aren’t typically the best-looking machines on the market – and there isn’t usually a great deal to set them apart from their rivals, as their big wheels limit design freedom. Of course, in typical Peugeot style, the iconic French manufacturer has worked hard to give its latest scooter a bit of Parisian flair.

There’s both the standard Allure model and a sportier RS version to choose from. The standard Allure model is a little Spartan in design, comes with 16” wheels front and rear and features a 37 litre topbox as standard. In contrast, the sportier RS comes with a 16” wheels at the front and a 14” at the rear. The RS comes with red wheel rims and front grill, a saddle overstitched in red, a footplate with an aluminium ‘RS’ insert and a sporty wind deflector – while the forks, rims and engine sump all in black. All-in-all, I reckon it’s the best-looking big-wheeler on the market.

They both feature ‘signature’ Peugeot lighting in the form of a three-stripe ‘claw’ motif for the rear LED lamp. It does look good, and from behind, there’s no denying that it’s a Peugeot scooter. There’s also a clever customisable LCD dash that allows you switch between different layouts. The Belville range comes in a multitude of colours (although we don’t know yet which ones will come to the UK).

The Belville’s big wheels really came into their own as we meandered through the wet cobbled streets of Paris – absorbing each jolt with ease and offering great handling on the range of surfaces we encountered. Complementing the big wheels are telescopic hydraulic forks at the front and adjustable twin shock-absorbers at the rear – which means you can stiffen or soften the ride, depending on conditions.

The Belville is available with a choice of two engines, and there’s two different styles too. There’s the Peugeot SmartMotion 125 engine and the EasyMotion 200 engine. As the 200cc category sits slightly at odds with UK licences, we focused on riding the SmartMotion 125 models which are accessible for A1 licence holders.

First impressions of the SmartMotion engine were positive. It’s punchy, quiet and at appears economical – but delving deeper into its development is where things get interesting. The SmartMotion engine is built for Peugeot by its Taiwanese partner SYM, and features a clever Synerject AGC system which disconnects the battery during acceleration and deceleration, and re-charges only when cruising. In reality, this means that the engine can distribute a fraction more power to the rear wheel, while saving a claimed 5% on fuel.

There’s 11bhp to play with, which is admittedly short of the 15bhp A1 licence restriction – but more importantly Peugeot has increased torque by shifting the engine’s operating rpm down the rev range. That means that right through its rev range, the Belville still has plenty of bite. Sadly, we didn’t get a chance to push it to its limit, so although I can’t comment with authority on its top speed (though Peugeot claim a likely accurate 59mph) I can confirm that its plenty potent enough to whizz through towns and cities with ease, and you’ll have a good chance of getting the jump on the vast majority of four-wheeled traffic away from the lights too.

The Belville comes with disc brakes front and rear and an ABS braking system as standard, while many of its big-wheeled counterparts feature less-advanced Combined Braking Systems (CBS). And in practice, the brakes are good – more than capable of pulling you to a halt in a hurry. Admittedly, the ABS system only operates on the front wheel – so the rear wheel will still lock up if you’re too keen on the back brake. Of course, it’d be nice to have ABS front and rear, but with Peugeot aiming the Belville squarely at the budget end of its market – value for money is just as important.

Despite limited time with the Belville, I left Paris very impressed – and very much aware of the value of big-wheeled scooters. We tested a selection of other Peugeot machines, including the new Speedfight and Citystar – and as an out-and-out commuter, the Belville tops the pile. Plus, the standard Allure is capable of storing three helmets throughout its hold capacity, which is an impressive achievement in itself.

The Belville won’t be making it across to the UK until the first quarter of next year, and with the value of pound sterling changeable and unpredictable, Peugeot’s UK importers haven’t been able to confirm the final price – but if they keep it under the £3,000 target price (and even if they don’t) the Belville is well worth a look.