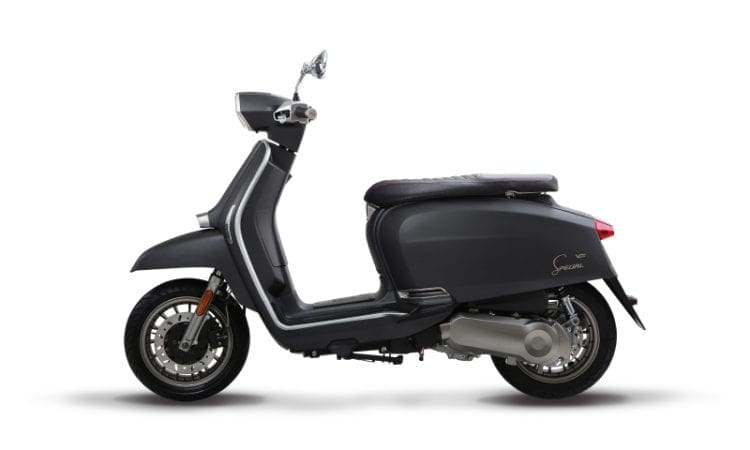 The latest Lambretta scooter models will be distributed in the UK and Eire by the MotoGB group. Initial stock will arrive early December 2017 and will hopefully be with dealers prior to Christmas. 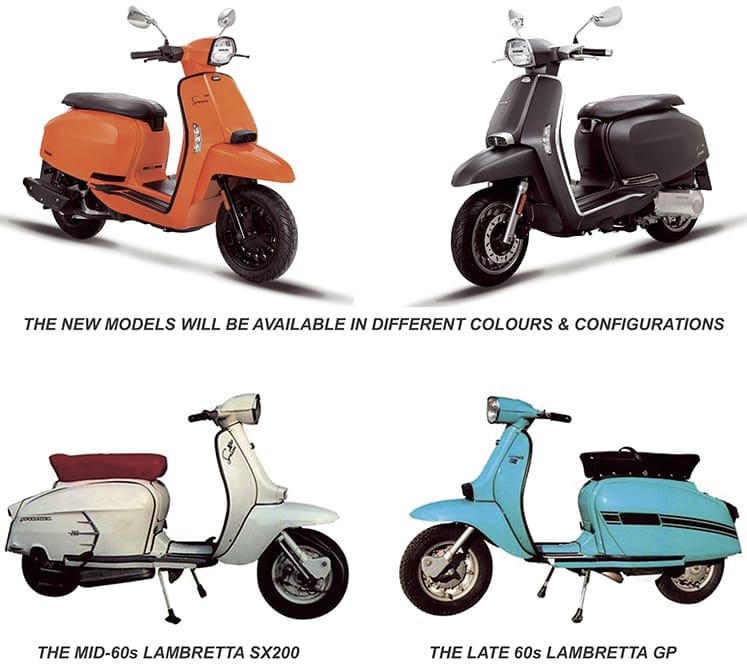 In the scooter world, the Lambretta brand has always been an icon and has been a popular choice since its inception. It was adopted by many as an affordable form of transport during the 1950s, due to its relatively cheap running costs at a time when manufacturing was in recovery from WW2. In the early 1960s with the advent of the Lambretta Series 3, it was adopted by the youth of the decade as part of the Modernist culture. Earning themselves the nickname of ‘Mods’

THE LAMBRETTA NAME
The name Lambretta is derived from the word Lambrate, the suburb of Milan where the Innocenti factory was located. Lambretta was the name of a mythical water-sprite associated with the river which runs adjacent to the former production site.
Innocenti started production of Lambretta scooters in 1947 and over the years they have been manufactured under licence in Argentina, Brazil, Chile, Colombia, Spain and of course, India, sometimes under other names, but always to a recognisable design (e.g. Siambretta in South America and Serveta in Spain. American retailer Montgomery Ward imported the Lambretta Li125 and sold it via their catalog under the Riverside captive import brand.

THE PARENT COMPANY
The new Lambretta V-Special is being made at modern manufacturing facilities in the Far East; it was unveiled at the recent Lambretta 70th anniversary event held at Adria circuit. The company behind producing it is Lambretta GmbH, a joint venture company of Lambretta Consortium (Innocenti S.A. based in Lugano) and Austrian KSR Group who say they will reveal the full model range (six versions) at the EICMA show in Milan. Initially, three engine sizes will be available (50cc, 125cc and 200cc); an electric version will follow. Sidepanels will be introduced in different styles, shapes and colours to make the scooter more individual; the company is also hoping to reintroduce the iconic GP and SX classic styling.

THE UK IMPORTER
MotoGB is the UK’s largest independent importer and distributor of motorcycles and scooters, including brands such as Royal Enfield, Benelli, SYM, FB Mondial, Daelim, Hyosung and Keeway. MotoGB is a family-owned company which also has around ten franchised retail outlets in the North West.
Steve Oliver General Manager of MotoGB says: “This is a real coup for us as Lambretta is the epitome of scootering both past and present. These machines hark back to a golden era of scootering but today’s Lambretta range is also thoroughly modern and reliable. These beautiful scooters are not just for the older generation, keen to recall the days of their youth, but a Lambretta is also a classically-styled machine which is perfect for riders of any age to enjoy, whether they commute daily on two wheels or simply enjoy a ride at the weekend.”

DEALERS (& FUTURE CUSTOMERS) WANTED
Steve adds: “We want Lambretta dealers and owners both past and present to call us now in order that we may provide the very best levels of support to them. We will also be looking to appoint pro-active dealers in many areas”.